A MESSAGE FROM THE WOODCRAFT CHIBF TO THE BOYS OF AMERICA Let me tell you the story of the Frog-boy. He was lying on the baii of a reedy pond the first time that I saw him, eagerly watching to locate the loud call of the spring peepers that werie uttering their shrill "^ee^, peep^ P^P^ from many near parts of the pond. When I spoke to him, he turned quickly, and looked a little ashamed to be caught at such a smaU job as watching peepers. "Did you see one?" I asked. "No; at least, only its tail," was the reply. I smiled and said, "You didn't see its tail, because it hasn't any. "Why, I thought they were lizards; whistling water lizards." "No, it is a frog; a very small one; but he blows out his throat like a bladder as big as himself and through that makes noises like a little steam whistle." He stared at me; so I took out my pond net and soon dipped out one of the little frogs. His eyes were ablaze with interest, and presently his shyness gave way. A large bird flew overhead, swinging through the air in a succession of festoons. He said eagerly, "What is that?" "A flicker," I replied. "See the sheen of his yellow wings like sun rays as he flies? See the white star on his back? and, on his breast, if you could see, you would find a dark moon, so he is in all ways marked for the heavenly • bodies." As we walked along, he darted aside and returned with a yellow flower. "What is it called?" was his question. "The yellow moccasin flower," I answered; "see, it is shaped like a moccasin;" and I showed him how cleyerly it utilizes the bees to make its fertilization successful. I never saw a keener young Woodcraft boy. He drank in all I coidd tell him, and asked questions faster than I could answer .xl ■ . 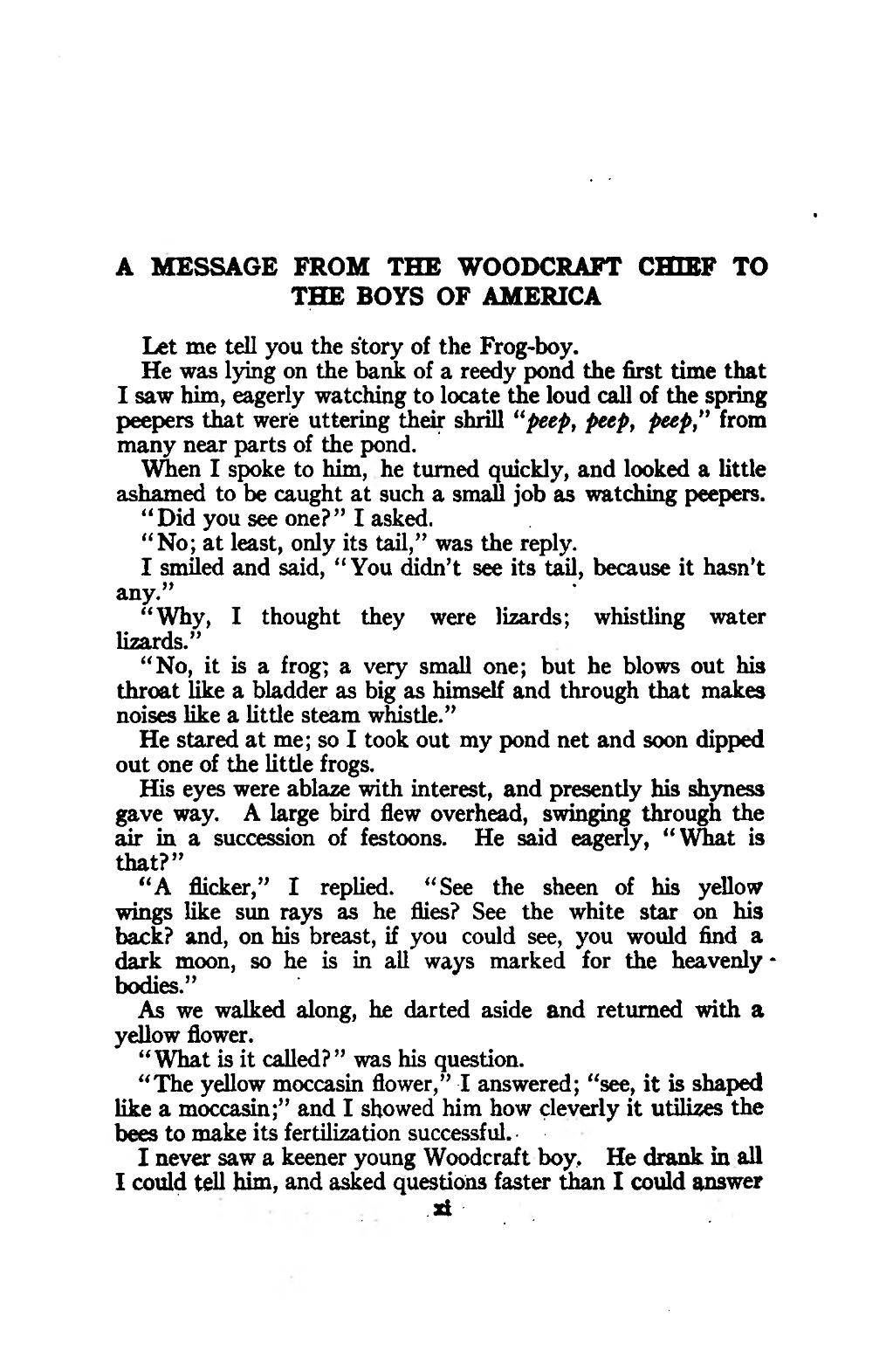