338 Woodcraft Manual for Girls Any one counting coup, according to the class above him may count it a grand coup^in his own class, unless otherwise provided. This list is made by the Council of Guidance. The exploits are founded on world-wide standards, and with the help of the best experts. The Council will gladly consider any suggestion, but it mustlje understood that no local group has any power to add to or vaiy the exploits in any way whatsoever. Badges for Coups (For form of conferring coup badRCs see pape 33) Coup (above) and Gnwd Coup The badge for the coup is an embroidered eagle feather. The badge for the Grand Couo has a red tuft embroidered on the end of the Coup badge. In the case of the Sagamore who has won twoity-four coups he or she is entitled to wear the twenty-four conventional eagle feathers on a Council Robe. Also the Woodcraft Boy is en- titled to wear a war b<mnet of twenty-four eagle feathers on spt- cial occasions such as grand councils. CLASS I-BXPLOITS Athletic Coups and Grand Coups Badges are allowed for saving a human life at risk of one's own; it is a coup or a grand coup, at the di8creti<m <A the CoundL A soldier's war medals count for a grand coup each. Courage. (The measure of courage has not yet been dis- oovned.) 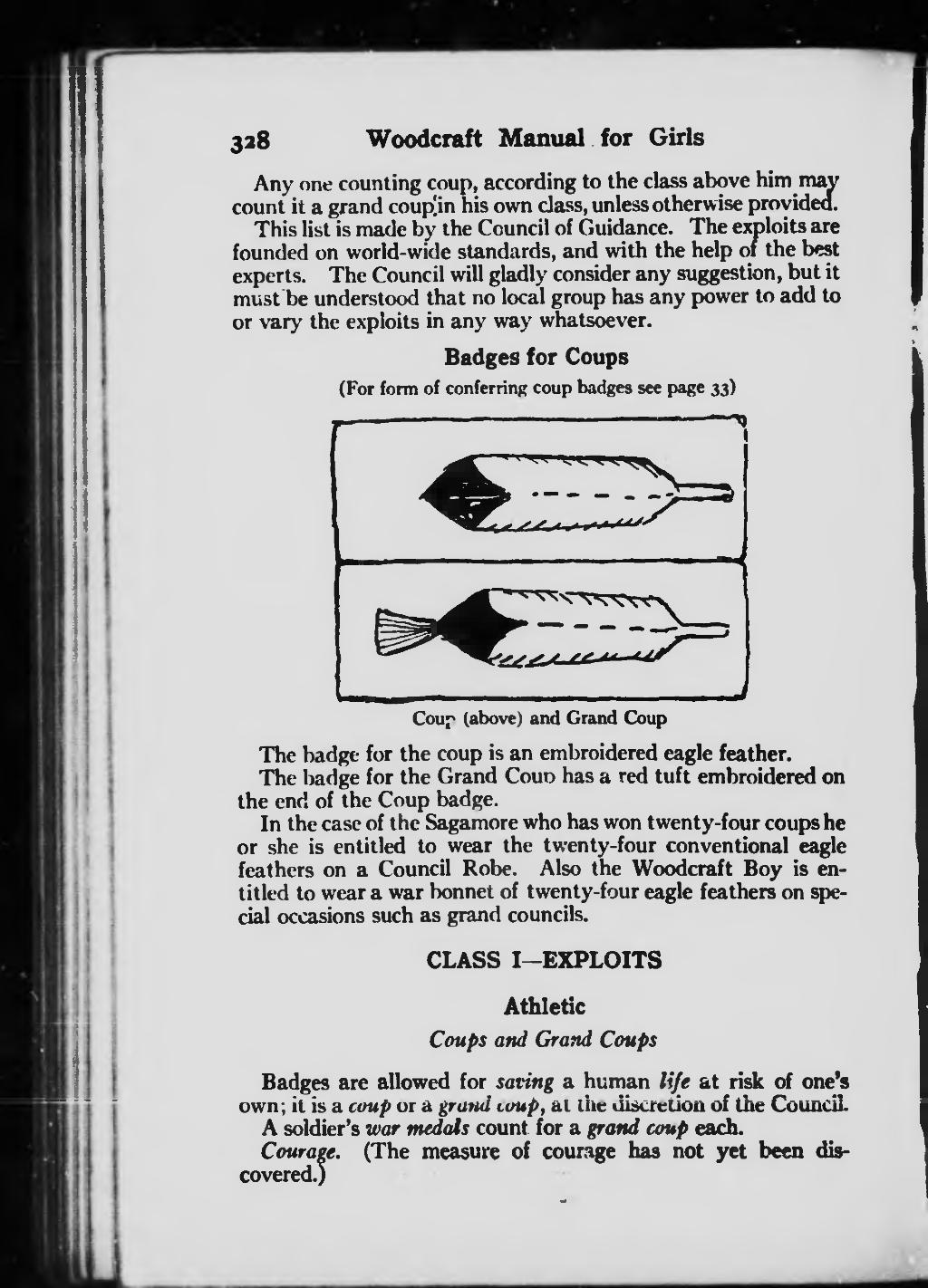