44 Manual of the Woodcraft Indians No shot is fired after the heart is pierced. The bear is then dead. The killer of the bear has first shot at the next bear. The players take alternate shots after that. Two, three, or four spearmen are best. The winner is the one with most points. So that a man who kills all three grizzlies may yet lose the game. These are the rules as at present in use, but I have not mentioned the most important part of all. The bear is hung from a twenty-foot rope, clear of the ground and worked by a bear man, who pulls it with another rope so that the bear runs around in a most natural manner, rear- ing, plunging, and charging at the will of the puller. A clever man at the rope can add greatly to the excitement of the game. The bear should not jump while the spear is in him, as that is dangerous to the spectators and at least may break the spear. The firing line is about twenty feet from the standing-still place of the grizzly; most spearmen run up when they throw. No one may stand in front of the firing line. When a marvelously expert spearman has been discovered and is proven absolutely the champion of a big camp, he has been allowed the honorable title of Bear-killer that is, "Moqua-nit" or simply "Mokwa." HOPI SNAKE DANCE The Hopi Snake Dance is probably the most famous of all our native dances. We have a dance suggested by it that makes a good event for Grand Council. Having secured a snake of some harmless kind, the priest takes it in his hands, holding it up high and nearly level. At each side of him are the feather bearers; each has a large feather with which he fans and plays with the snake. A dozen fellows form a procession with their hands each on the 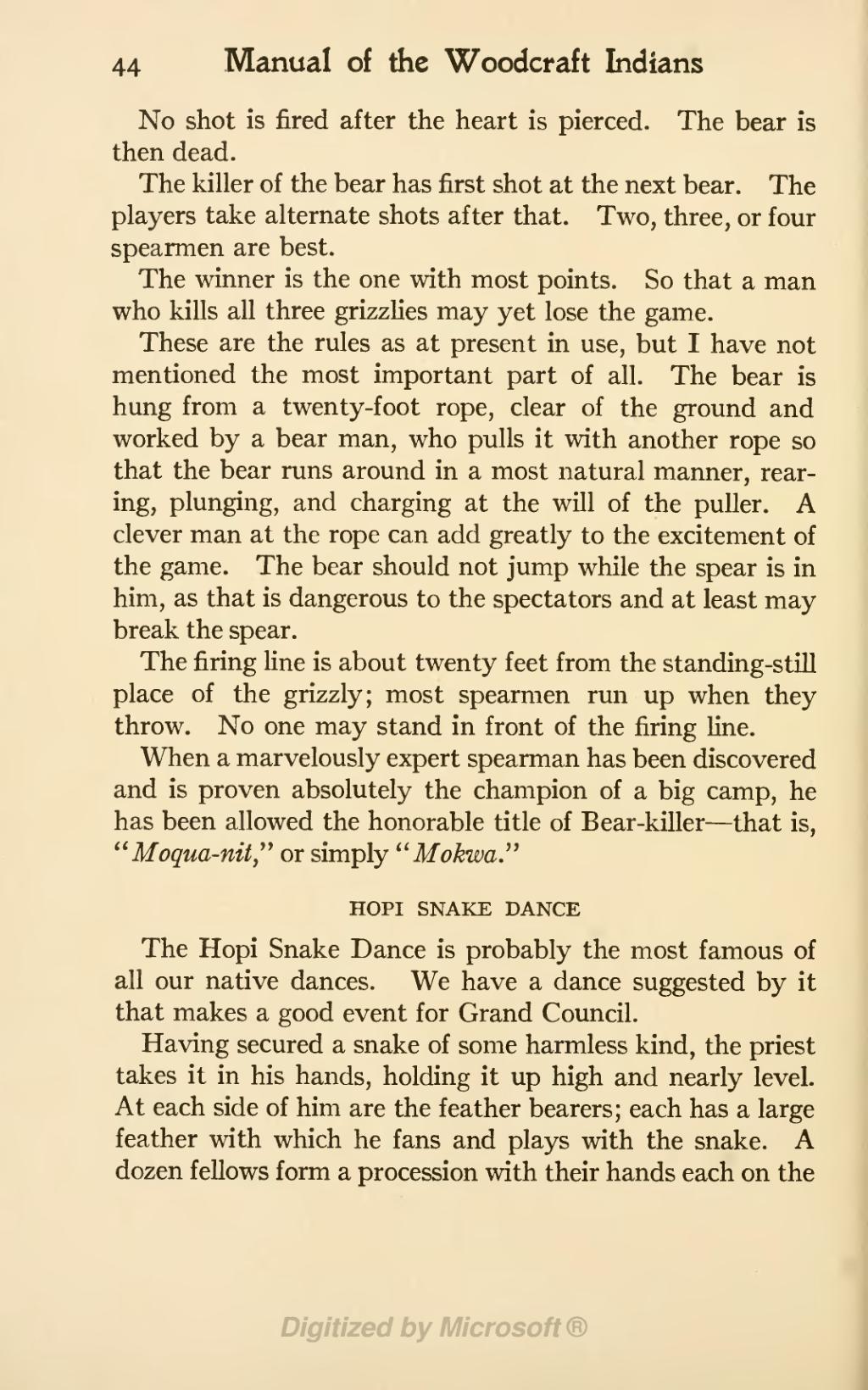