?z Boy Scouts work in pairs, Nos. 3 and 4 together; 5 and 6 together; 7 and 8 together. Each scout in a patrol should be able to imitate the call of his patrol animal. That is, the scouts of the Wolf patrol should be able to imitate a wolf. In this way scouts of the same patrol can communicate with each other when in hiding, or in the dark of ?ght. It is not honorable for a scout to use the call of any other patrol except his own. ' The patrol leader calls up his patrol at will by sounding his whistle and by giving the call of the patrol. When the scout m?kes signs anywhere for others to read he also draws the head of his anlm?l. That is to say, If he were out scouting and wanted to show that a certain road should not be followed by others, he would draw the sign, "not to be fol- lowed," across it and add the name of his patrol animal, in order to show which patrol discovered that the road was bad, and by adding his own number at the left of the head to show which scout had discovered it. Each patrol leader carries a small flag on the end of kis stalt BLUR BUFFALO FLYING EAGLES BLUE H?RONS HORNED on wblte ?round "Yeb-yeh-yeh" "Hrrrr" KINGBIRDS Black and white on red Blue and green SINAWA ' BLACK BEARS AHMEEKS SILVER FOXES Black on s?i Black on s?i RRD TRAH. ERS MOON BAND Yellow on blue Digitized 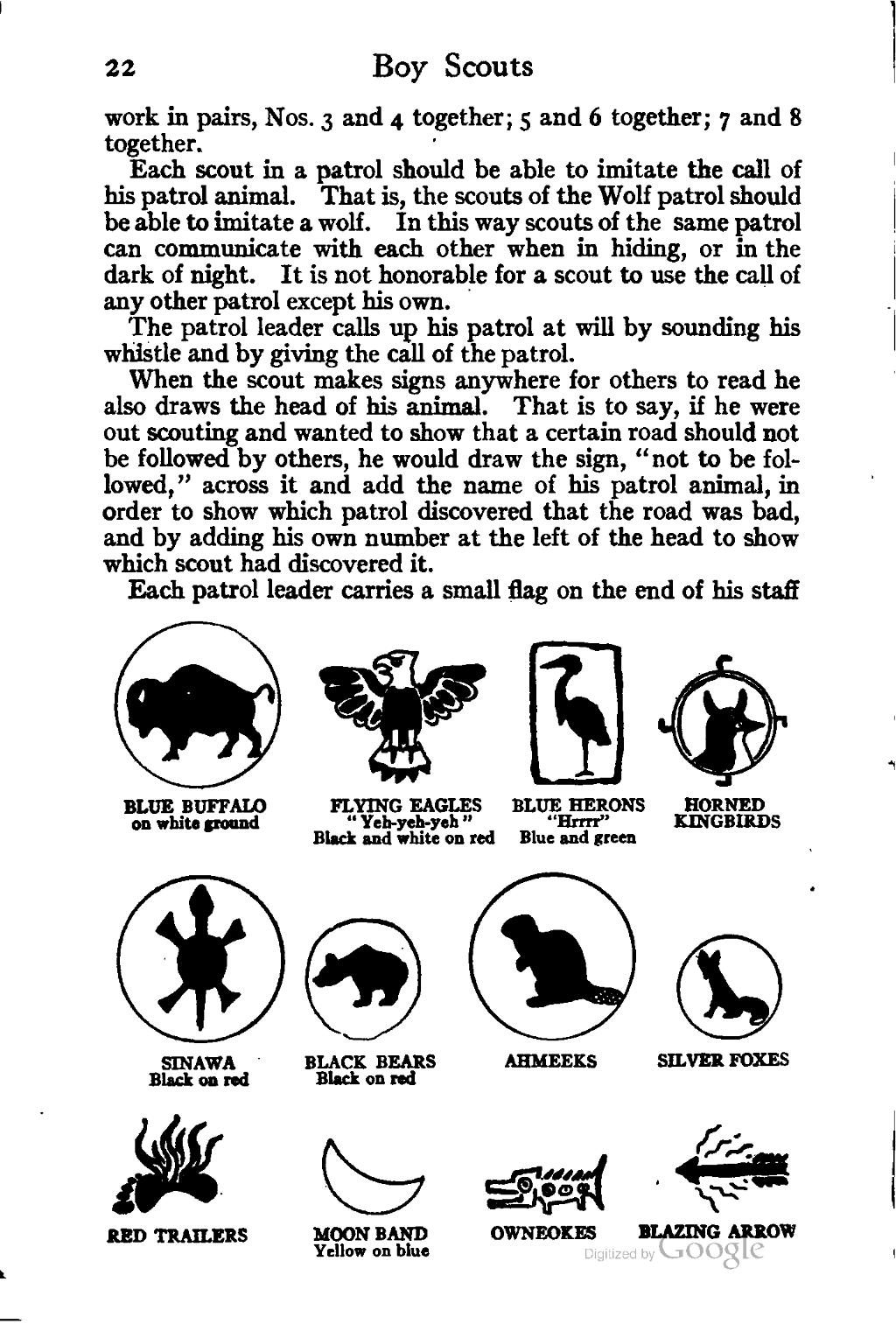