Patriotism and Citizenship 343 shall be counted a member of the state militia? The state militia is divided into two classes: one, the organized, known as the national guard; and the other the unorganiv?d, kllown as the reserve militia. The membership of the national guard is voluntary. One may join or not, as he chooses, except that in some states the law requires that students at the state university shall receive military training for at least a part of their university course, and during that time they are accounted a part of the national guard of the State. The governor of each state holds the same relationship to the state militia as the President to the army and navy: he is commander-in-chief. Military Ac. adamy The Llnited States Military Academy is at West Point, N.Y., on the Hudson River. The number of students is limited to $33, and appointments to the academy are made in accordance with the rule which permits each United States senator and each congressman to have one representative, and also gives the President the right to make forty appointments at large. Candidates for appointment must be between the ages of seventeen and twenty-two; must pass the required physical examination; also an examinatix)n il? English granmmr, com- position and literature, algebra and geometry, geography and history. The course of instruction is four years; the discipline very strict. Only one leave of absence is granted during the entire four years, and' this comes at the dose of the second year. The p?y is $7o9.5o per year, and on graduation a cadet is com- missioned a second lieutenant. To receive an appointment to West Point, one must apply to his United States senator or to a congressman in the statein which he lives, or to the President. The Navy The enlisted strength of the navy, as in the army, is limited. The law allows 47,5oo men and apprenticed seamen. The number of officers and enlisted men at the present time is 46,898 , and the annual expenditure for the support of the navy at this date (x9xx) is about $x3o,ooo,ooo. Naval Enlistment The enlistment of men in the United States navy, as in the army, is voluntary. The term is four years. To be digible for enlistment one must be between the ages of eightee?rt and, vigitiz?d by kaoo?[c 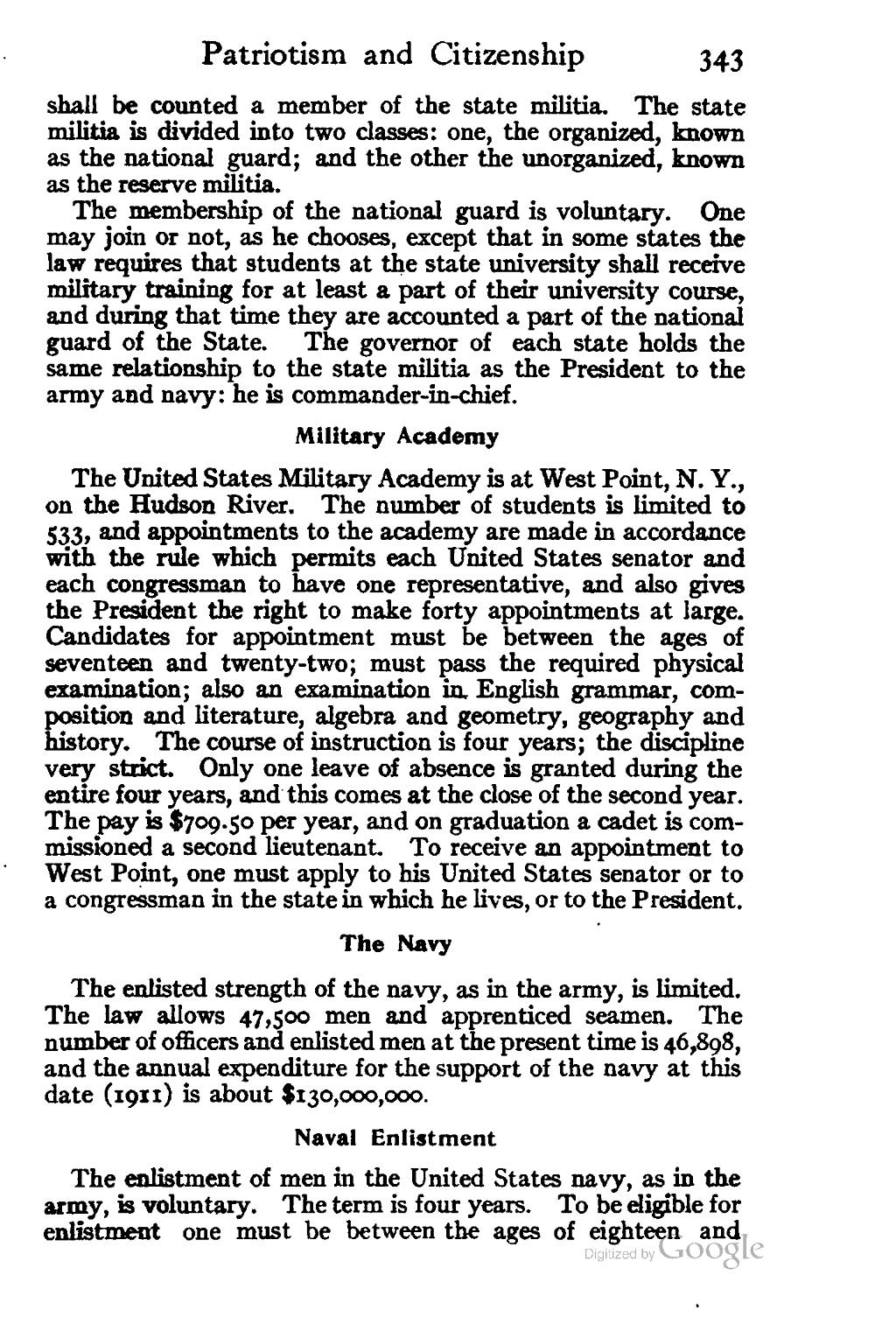