334 Boy Scouts the "Badger." Next comes the story of the "Forty-niners," and California (x85o), the "Golden State," enters the Union; and then comes Minnesota (x858), the "North Star" State, and the Great Lakes are walled in, this state completing the circuit. Oregon, (x 859),the" Beaver" follows, then the" Garden of the West," Kansas (x86x), and the Civil War is upon us. O? course, we do not mean to say that Kansas was the cause of the Civil War, although it had much to do with it. The Civil War-- 1861 = 1865 The Civil War was a war between states, in the government of the United States- between states that were slave and states that were free. The rights of property ownership are involved in state rights, and slaves held as property in slave-holding states were not recognized as such in states that were free. Therefore, the principle of slavery became involved not alone in the in- dividu?l ownership of slaves, but also in the rights of a state, and the relationship of states to each other in the government of the United States. At the close of the Revolutionary War, one of the first things to be settled was the boundaries as between states of the land comprising the thirteen original states; and as an outcome of this settlement, there came into possession of the United States all of that territory ceded by Great Britain in x783, which was not included in the boundaries of those states. This territory, in brief, may be described as the territory east of the Mississippi, and north and south of the Ohio River; and out of tl?.? terri- tory and that west of the Mississippi added later (?8o3) through the Louisiana Purchase, most of the new states were formed that came into the Union before the Civil War. And this was the beginning of what is known as the "public domain" --that is, land owned by the Federal Government. In i785, Congress passed a law which has become general in its application to all public lands of the United States. It is a law for the uniform survey of public lands into townships six miles square, subdivided into sections containing 64o acres, and quarter sections containing ?6o acres. The purpose of the government in making th? survey was to m?ke public lands in the territories of the government easy of settlement, and as the townships became settled, to develop in them the local town- ship form of government. 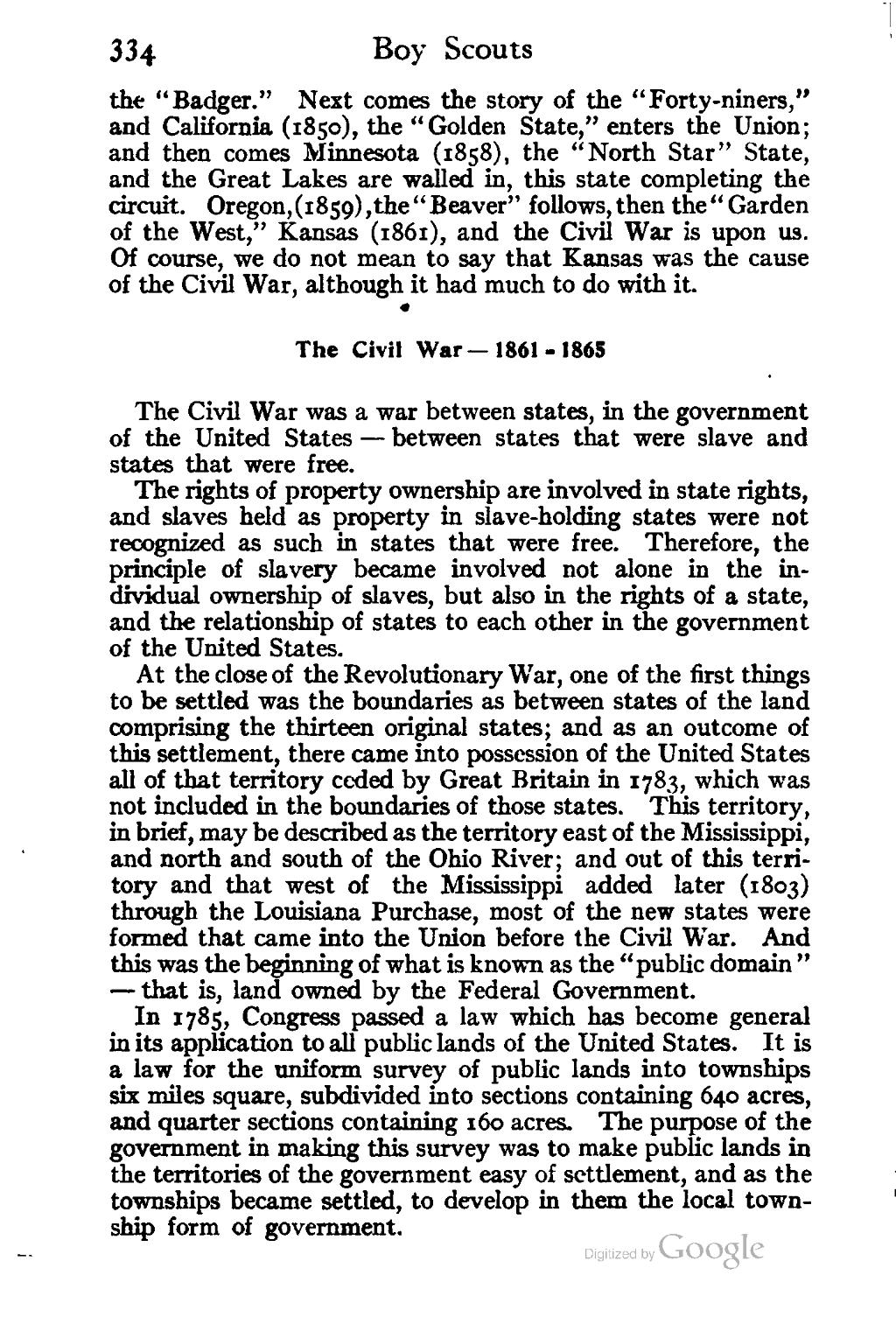