The Woodcraft and Scouting movement that I aimed to foster began to take shape in America some ten years ago. Because the idealized Indian of Hiawatha has always stood as the model for outdoor life, woodcraft, and scouting, I called its brotherhood the "Woodcraft Indians". In 1904 I went to England to carry on the work there, and, knowing General R. S. S. Baden-Powell as the chief advocate of scouting in the British Army, invited him to cooperate in making the movement popular. Accordingly, in 1908 he organized his Boy Scout movement, incorporating the principles of the Indians with other ethical features bearing on savings banks, fire drills, etc., as well as by giving it a partly military organization, and a carefully compiled and fascinating handbook.

All of the last that is applicable in America has been included here, with due credit to General Sir Robert Baden-Powell, and combined with the Birch-Bark Roll.

The present issue will constitute the Book of Organization.

It will be followed by others, making a dictionary of Woodcraft, with descriptions of the common trees, herbs, flowers, etc., trailing or tracking, sign-language, bird-stuffing, emergency foods, first aid, lasso, boat-building, camp-fire songs and plays, and many other things that belong to camp and outdoor life. 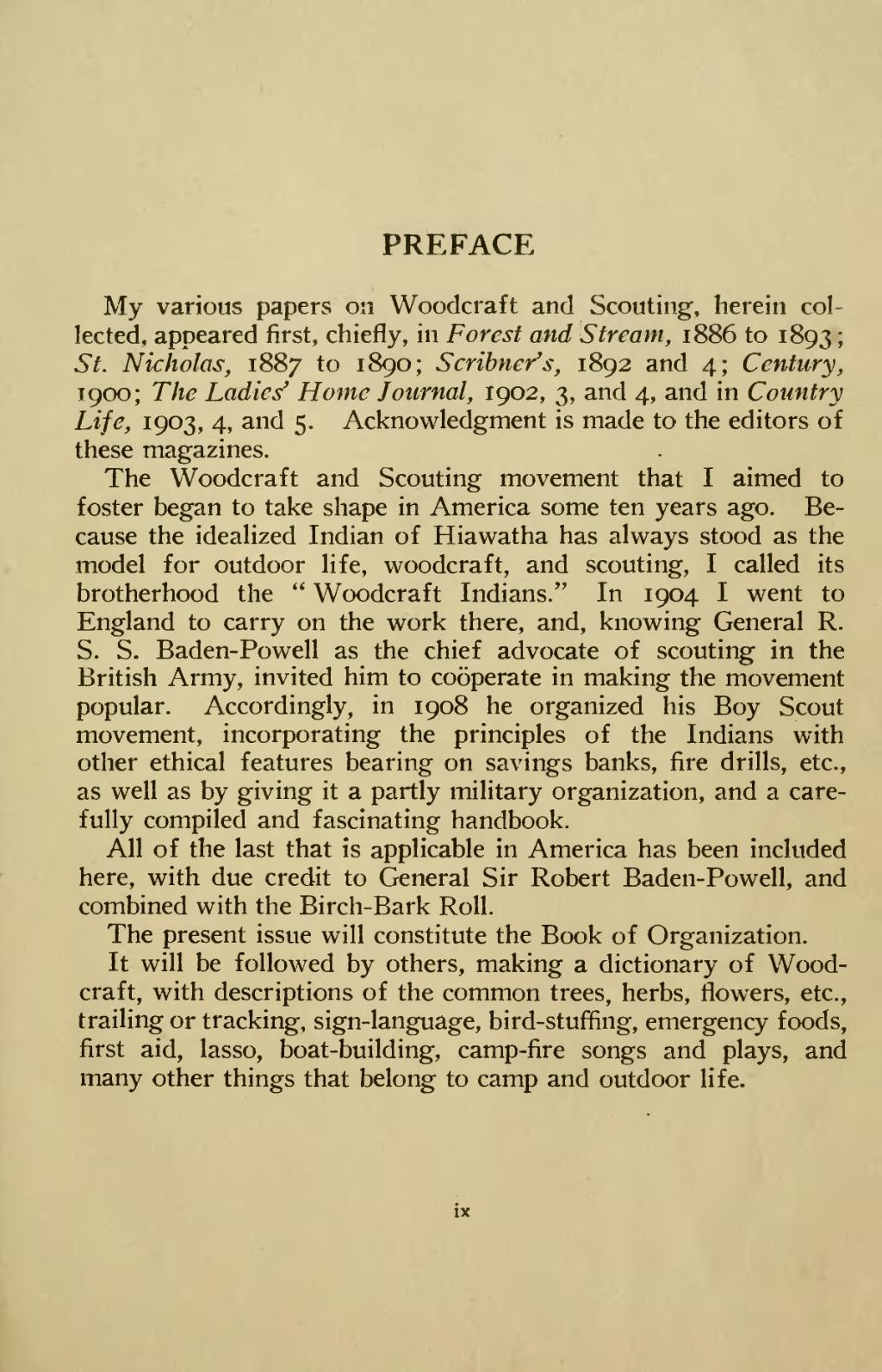