The outfit needed is: —

(1) A Sturgeon roughly formed of soft wood; it should be about seven feet long and nearly a foot thick at the head. It may be made realistic, or a small log pointed at both ends will serve.

(2) Two spears with six-inch steel heads and wooden handles (about four feet long). The points should be sharp, but not the barbs. Each head should have an eye to which is attached twenty feet of one-quarter inch rope. On each rope, six feet from the spearhead, is a fathom-mark made by tying on a rag or cord.

(3) Two boats with crews. Each crew consists of a Spearman, who is captain, and one or two oarsmen or paddlers, of which the after one is the pilot. All should be expert swimmerr or else wear life belts during the game.

The Game. Each boat has a base or harbor; this is a given part of shore opposite that of the enemy. The Sturgeon is left by the Medicine-man's canoe at a point midway between the bases. At the word "Go!" each boat leaves its base and, making for the Sturgeon, tries to spear it, then drag it by the line to his base. When both get their spears into it the contest becomes a tug of war until one of the spears pulls out.

The Sturgeon is landed when the prow of the boat that has it in tow touches its proper base, even though the spear of the enemy is then in the fish; or it is landed ..text continues 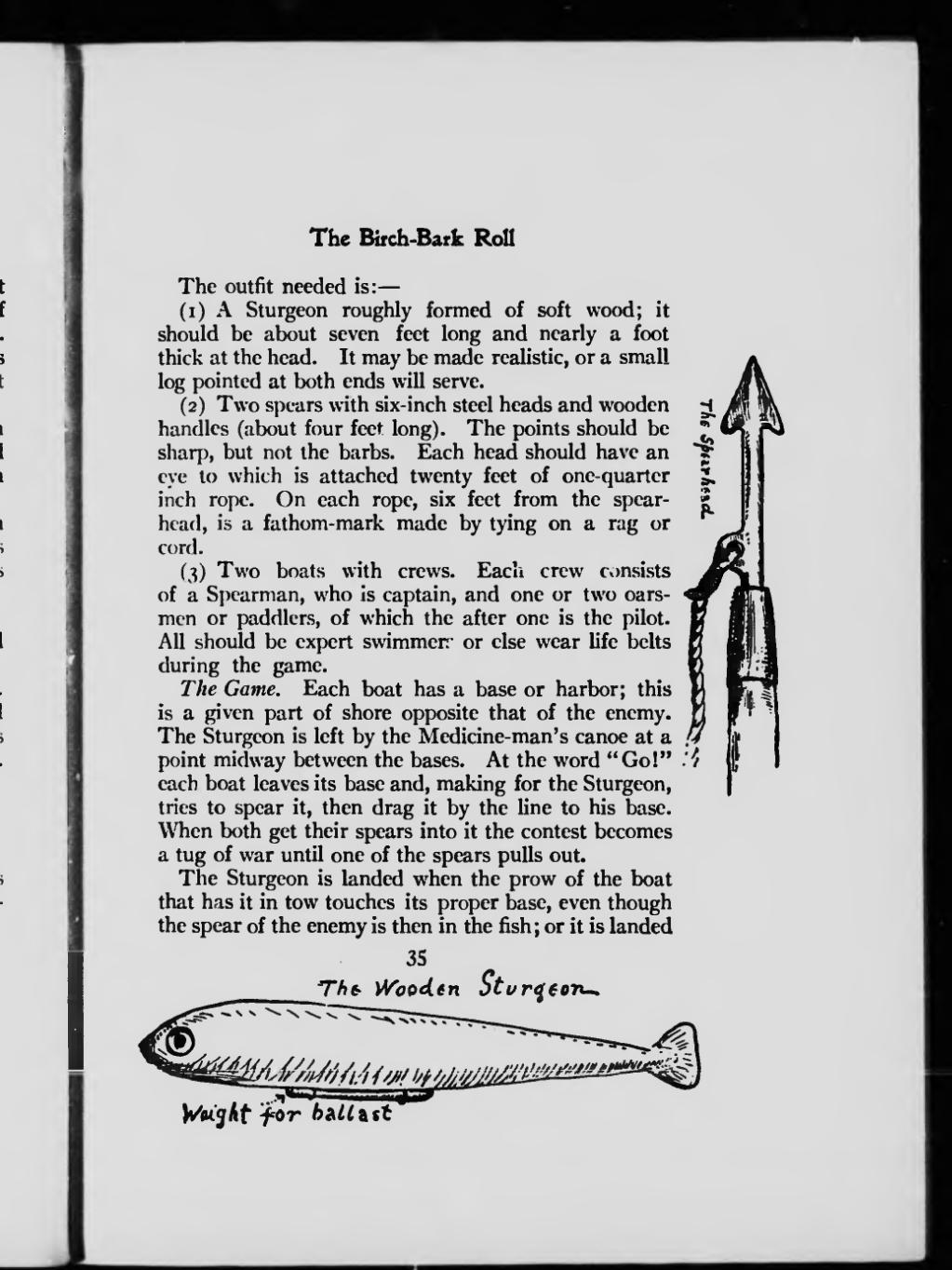