…so dear to his heart and made the most of it, though sadly hampered in those wildwood years for lack of books and sympathetic comradeship.

At the age of ten, he went to live in Toronto, pursuing his education in the public schools, but winning his way into the Collegiate Institute. In the Ontario Art School, he was the gold medallist in 1879, and then went back to England to study art in London.

Here he obtained a scholarship, which gave him seven years free admission to the Royal Academy School. But he discovered something that thrilled him more. That was the Library of the British Museum with its marvellous volumes of Natural History — nearly all that had ever been published.

A wonderful find! All his life he had craved such books, the keys to the treasure he most valued, but he had not known of even their existence. Now he was to enter a new epoch with comprehension of the wild things as its leading joy. 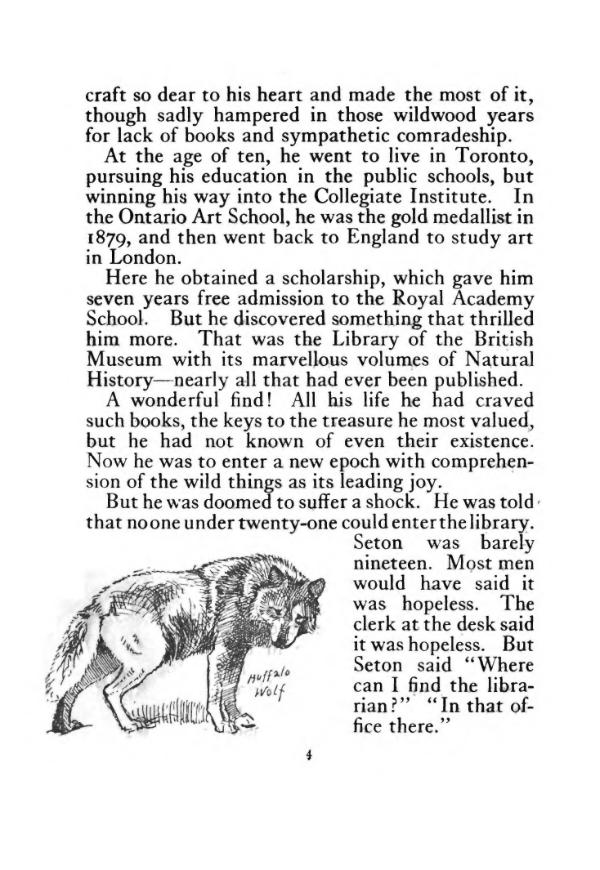