The Spartans of the West 57 There never yet was an Indian war but was begun by the whites violating their solemn treaties, encroaching on the Indians' lands, stealing the Indians' property or murdering their people. There never yet was a successful campaign of whites against Indians except when the whites had other Indians to scout, lead and guide them; otherwise the Redmen were too clever for the whites. There never yet was a successful war of whites against Indians except when the whites were in overwhelming numbers,with superior equipments and unlimited resources. There cannot be the slightest doubt that the Indian was crushed only by force of superior numbers. And had the tribes been united even, they might possibly have owned America to-day. Finally, a famous Indian fighter of the most desperate period thus summarizes the situation and the character of the dispossessed: "History can show no parallel to the heroism and fortitude of the American Indians in the two hundred years' fight during which they contested inch by inch the possession of their coun- try against a foe infinitely better equipped, with inexhaustible resources, and in overwhelming numbers. Had they even been equal in numbers, history might have had a very different story to tell. " (Gen. Nelson A. Miles, U. S. A., Letter, February i6, 1912.) I never yet knew a man who studied the Indians or lived among them, without becoming their warm friend and ardent admirer. Professor C. A. Nichols, of the South- western University, a deep student of Indian Ufe, said to me, sadly, one day last autumn: "I am afraid we have stamped out a system that was producing men who, taken all around, were better than ourselves. " 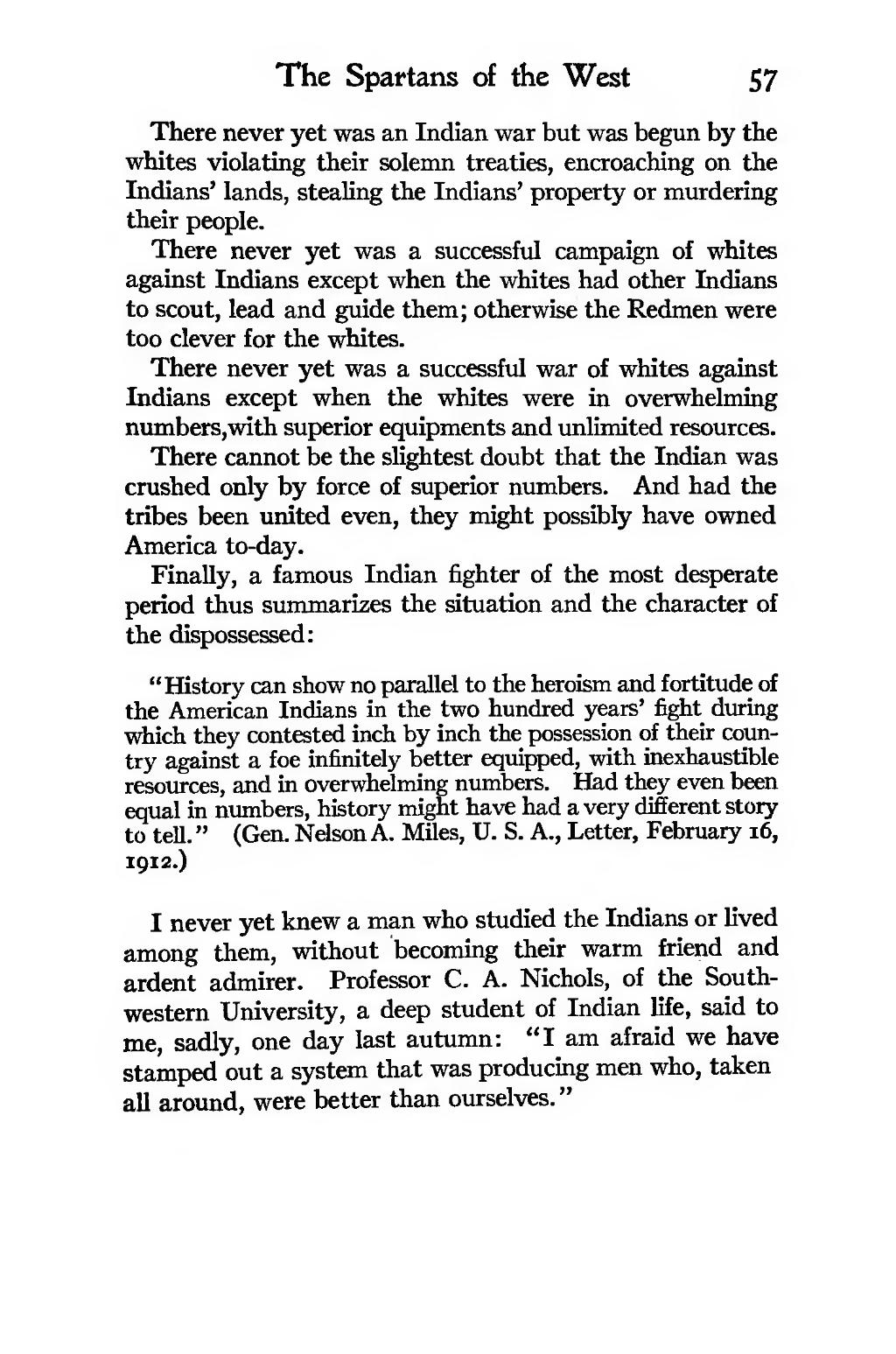