40 The Book of Woodcraft ures was sanctioned by public opinion, as properly avenging a gross violation of woman's inalienable right — the control of her own body. The dower or bride-price, when such was given, did not confer it, it seems, on the husband, absolute right over the life and liberty of the wife: it was rather compensation to her kindred and household for the loss of her services." ("Handbook American Indian," pp. 972,3.) "It is the universal testimony, as voiced by Portlock (1787), that they [the Coast Indians] treat their wives and children with much affection and tenderness. " ("Voyages," p. 290.) "In the approach to political and industrial equality of the sexes, and in the respect shown for the opinions of their females, these Indians furnish another refutation of the old misconception concerning the systematic mal-treatment of the women by savages. Such a thing is incompatible with the laws of nature. Good treatment of the female is essential to the preserv- ation of the species, and it will be found that this ill-treatment is more apparent than real." (Niblack, "Coast Indian," 1889, p. 238-9.) That is, the sum of evidence, according to all reliable authority, plainly shows that the condition of the women among the primitive Indians was much as with white folks. They had the steady, dreary work of the household, while the men did the intermittent, yet much harder work of por- taging, himting and fighting. But the Indian woman had several advantages over her white sister. She owned the house and the children. She had absolute control of her body. There could be no war without her consent; she could and often did become the Head Chief of the Nation. Awashonks, the Woman Chief of Seconset, R. I. (1671), and Wetamoo, the beautiful woman Sachem of the Massa- chusetts Wampanoags (1662) were among the many famous women whose lives and positions give the lie to the tiresome calumny that the "Indian women were mere beasts of burden; they had no rights, nor any voice in their public affairs. " 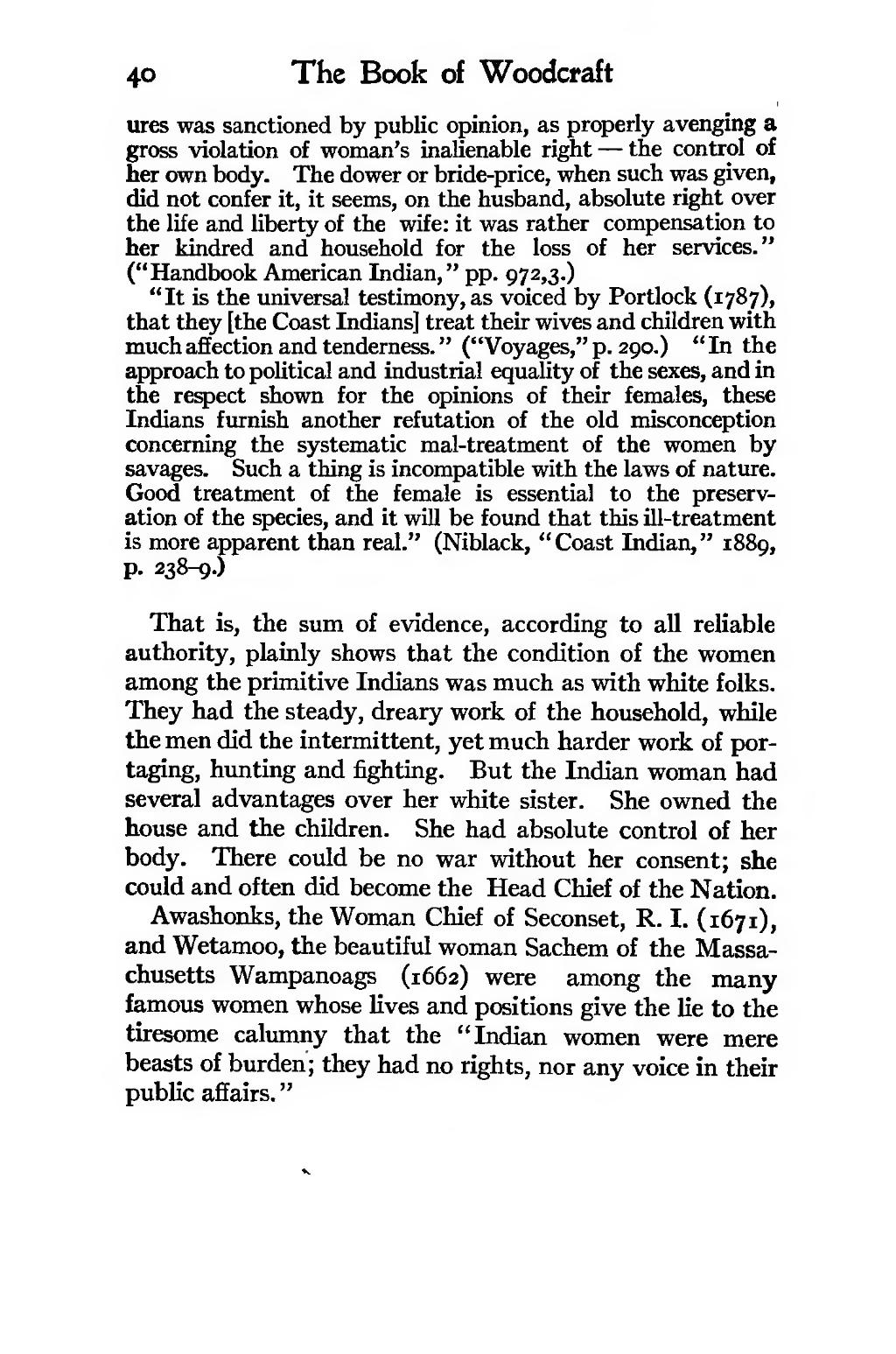