Campfire Stories of Indian Character 543 a carbine, shooting Corporal Everett through the stomach and killing him ahnost instantly, and seriously wounding his mate. Thus rudely taught that humanity was useless, and that it must be a fight to the death, observing "Papa" Lawson approaching from the fort at the head of his troop, Baxter swung his own men up and along the top of the ridge, where they could better command the old Cheyenne's position, and opened on him a heavy fire — and it was just at this juncture I arrived. Immediately after I first sighted the Indian, "Papa" Lawson swung around the foot of the hill with his troop, dismounted, and charged up on foot — thus making sixty men concentrated upon one! The old Cheyenne kept up his rapid fire as long as he could. Toward the last I plainly saw him fire his carbine three times with his left hand, resting the barrel along the edge of the washout, while his right hand hung helpless beside him. Suddenly I saw him drop down in the bottom of the wash- out, limp as an empty sack. When we came up to him it appeared that while the shot that killed him had entered the top of his head, he neverthe- less earlier in the engagement had been hit four times — once through the right shoulder, once through the left cheek, once in the right side, and a fourth ball toward the last had completely shattered his right wrist. It was apparent that he had been making a desperate break to reach my horses, which usually ran in the very next canyon to the west, for he still carried with him a lariat and bridle; but his unprotected feet had been so badly frozen during the night that he had become entirely unable to travel farther, and, realizing himself to be utterly help- less, in sheer desperation had built a fire to get what poor, 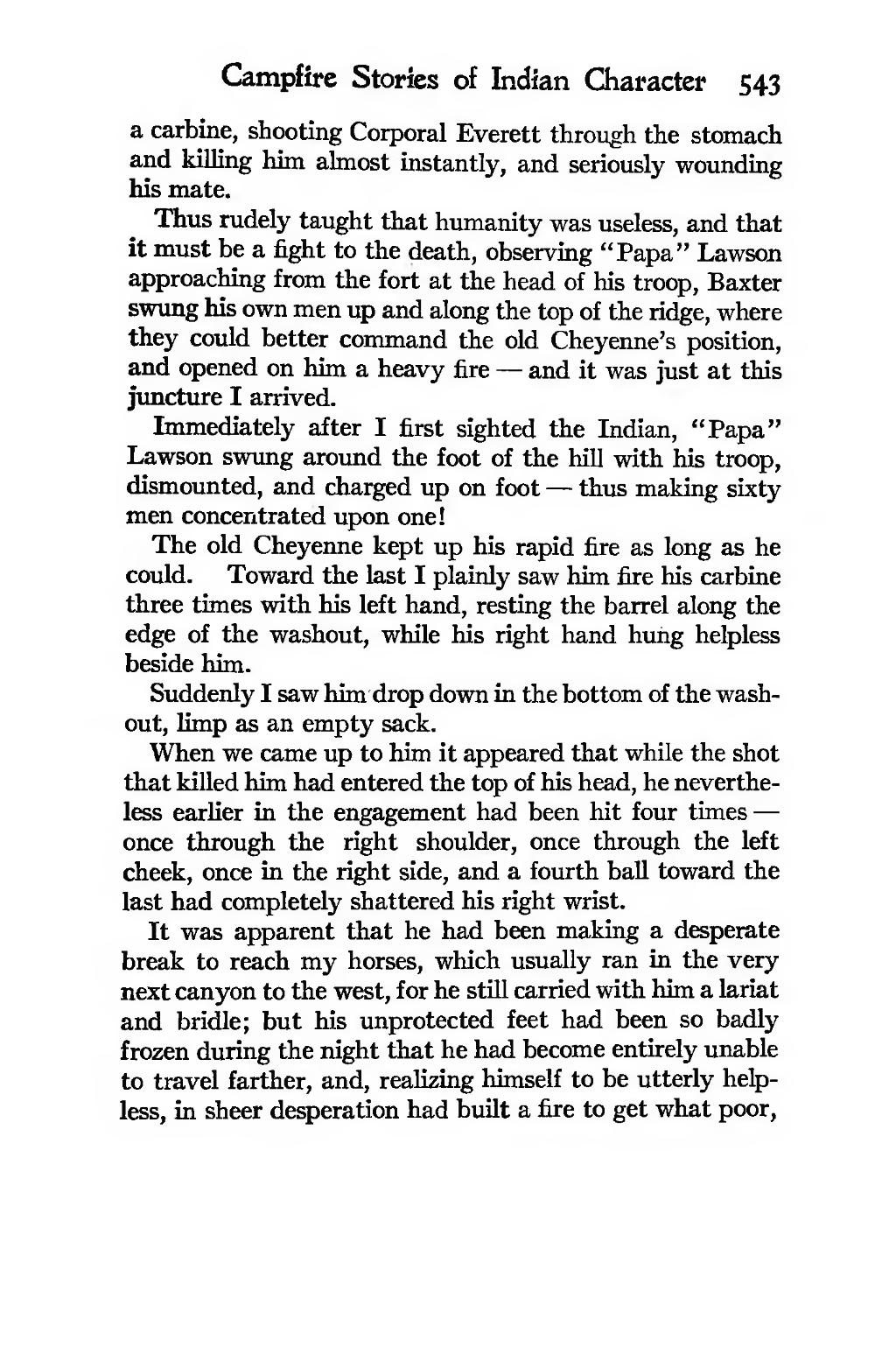