S30 The Book of Woodcraft us. We hope he may let you come. What we have we will share with you. But, remember, what he directs, that you must do. "We cannot help you. The snows are thick on the hills. Our ponies are thin. The game is scarce. You cannot resist, nor can we. So listen to your old friend and do with- out complaint what the Great Father tells you. " The old Cheyenne war chief, DuU Knife, then stepped slowly to the centre of the circle, a grim, lean figure. Erect, despite his sixty-odd years, with a face of a classi- cal Roman profile, with the steady, penetrating glance and noble, commanding bearing of a great leader of men. Dull Knife stood in his worn canvas moccasins and ragged, threadbare blanket, the very personification of the great- ness of heart and soul that cannot be subdued by poverty and defeat. Never when riding at the head of hundreds of his wild warriors, clad in the purple of his race — leggings of golden yellow buckskin, heavily beaded, blanket of dark blue broadcloth, warbommet of eagles' feathers that trailed behind him on the ground, necklace of bears' claws, the spoils of many a deadly tussle — never in his Ufe did Dull Knife look more a chieftain than there in his captivity and rags. He first addressed the Sioux: "We know you fqr our friends, whose words we may believe. We thank you for asking us to share your lands. We hope the Great Father will let us come to you. All we ask is to be allowed to five, and to live in peace. I seek no war with any one. An old man, my fighting days are done. We bowed to the will of the Great Father and went far into the south where he told us to go. There we found a Chey- enne cannot live. Sickness came among us that made mourning in every lodge. Then the treaty promises were 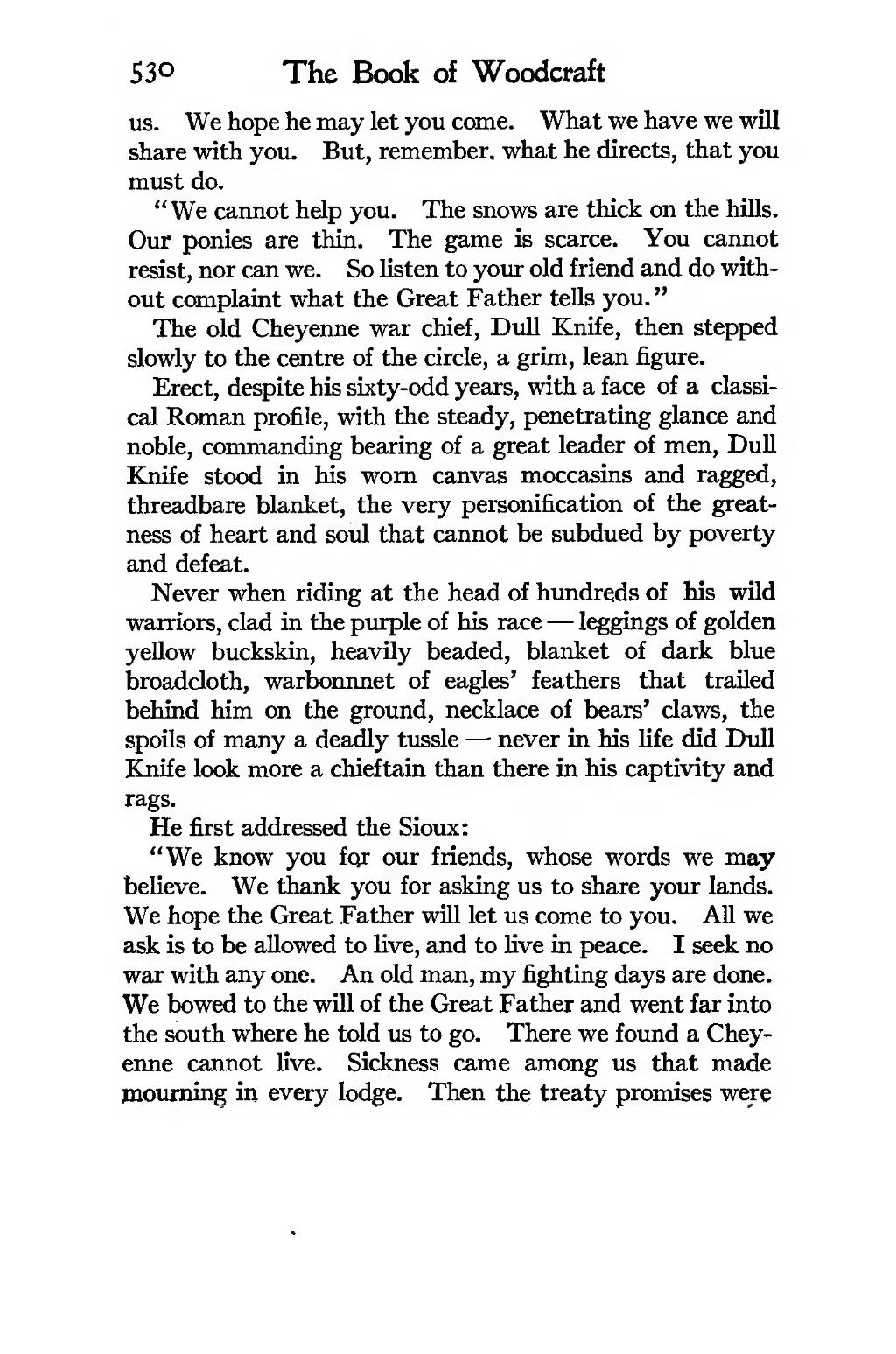