Campfire Stories of Indian Qiaracter 511 men that they must worship him by the Ghost dance. This is his own simple setting forth of the doctrine: When the Sun died I went up into Heaven and saw God and all the people who had died a long time ago. God told me to come back and tell my people they must be good and love one another and not to fight or steal or lie. He gave me this dance to give to my people. — (Ethn. Ann. 14. p. 764.) At Pine Ridge, S. D., in the winter of 1890, the Sioux were learning this dance with its songs and its Christ-like creed. It meant the end of war. War had been their traditional noblest pursuit. But now at the bidding of the new prophet they agreed to abjure it forever; and they pre- pared to take up the new religion of love. The Indian agent, Hke most of his kind, was ignorant and utterly unfitted for his position. He said it was some new sort of a war dance. The troops were sent for and the Indian populace was gathered together at a place called Wounded Knee near Pine Ridge (Dec. 29, 1890). They had submitted and turned in their rifles. Then, maddened by the personal indignities offered them in searching for more arms, a young Indian who stiU had a gun fired at the soldiers. It is not stated that he hit any one, but the answer was a volley that killed half the men. A minute later a battery of four Hotchkiss machine guns, was turned on the defenceless mass of virtual prisoners; 120 men, and 250 helpless women and children were massacred in broad daylight, mown down, and left on the plain, while the white soldiers pursued the remnant and the cripples, to do them to death in the hills. Almost all the dead warriors were found lying near where the "fight" began, about Bigfoot's teepee, but the bodies of the women and children were foimd scattered along for two miles 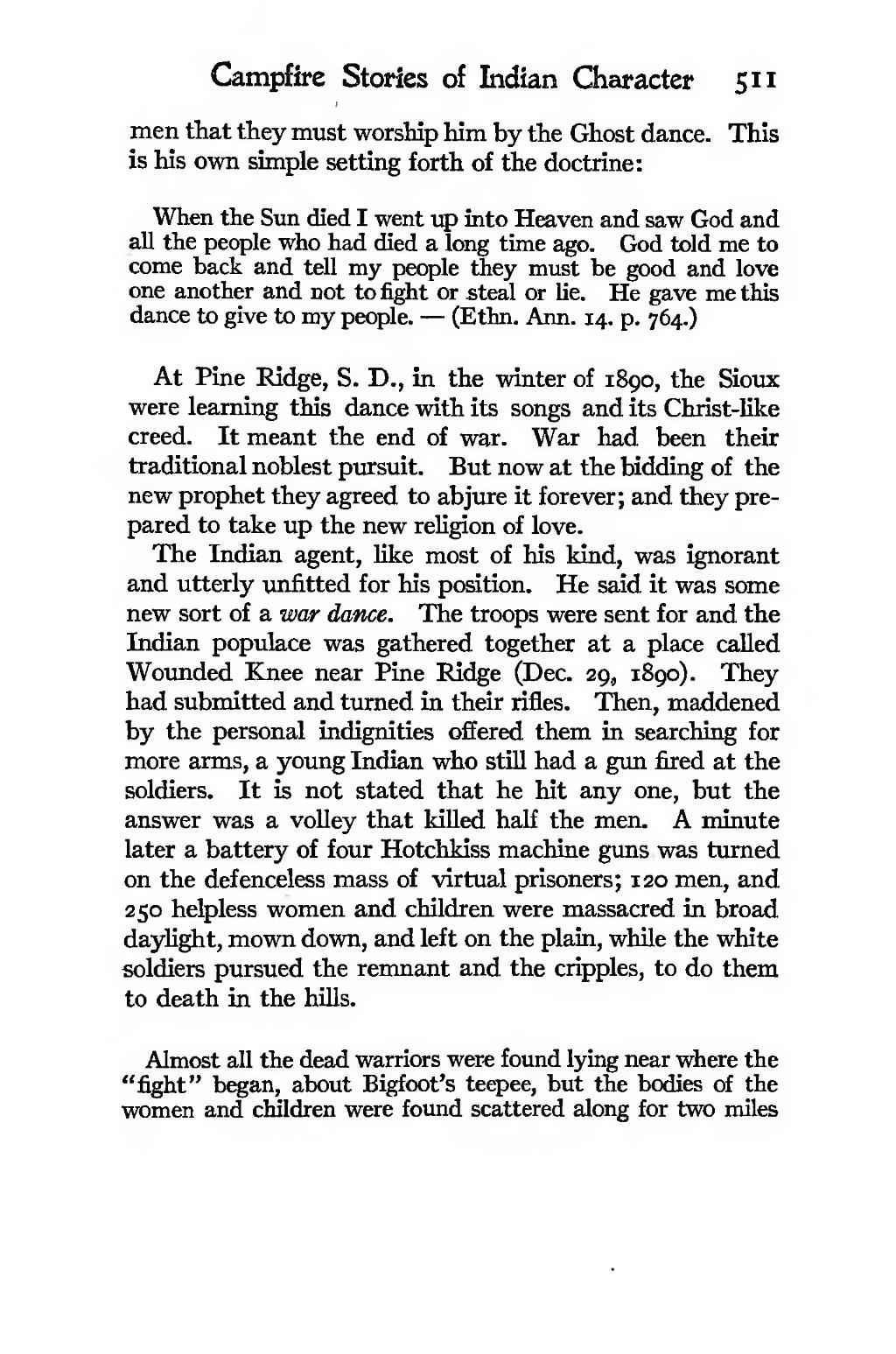