Some Indian Ways 483 The moose, he said, always Ues down on a wound to get it next the earth, but thereby drives the arrow home. Caribou rawhide, he claims, gets tighter when wet; and hornbeam practically never decays or loses its power with age. The arrow he showed me was without feathers and had a stone head. The notch was very slight, showing that the pinch w^^ „ , ,., , ° ^ ^"if^ Drawn from hie, grip was necessary. It if ^J'^"c'"^foo^Bo5tra was -12 inches long, but the / This manner he said was _^ , ,/ general among his people FenobSCOtS made them up '/ formerly but of late they _ , use the new (secondary) style. to 34 and 36 mches, usu- ally with feathers. The grip by which he pulled was the Mongolian, as in the sketch. That, he said, used to be the only one in use among his tribe, but recently they had used the grip known as the Secondary. SCALPS In some tribes each brave wears a long tuft of black horse- hair that answers as his scalp. The skin of this should be about one and a half inches across; it is furnished with a cord loop; the hair is as long as possible. This scalp is presented to the brave on entering the tribe. After he has promised obedience and allegiance and signed the roll the medicine man gives it to him, saying: "This is your scalp. Treasure this as your honor. You may lose it without absolute disgrace, but not without some humiliation. " He can lose it only in an important competition, approved by the council, in which he stakes his scalp against that of 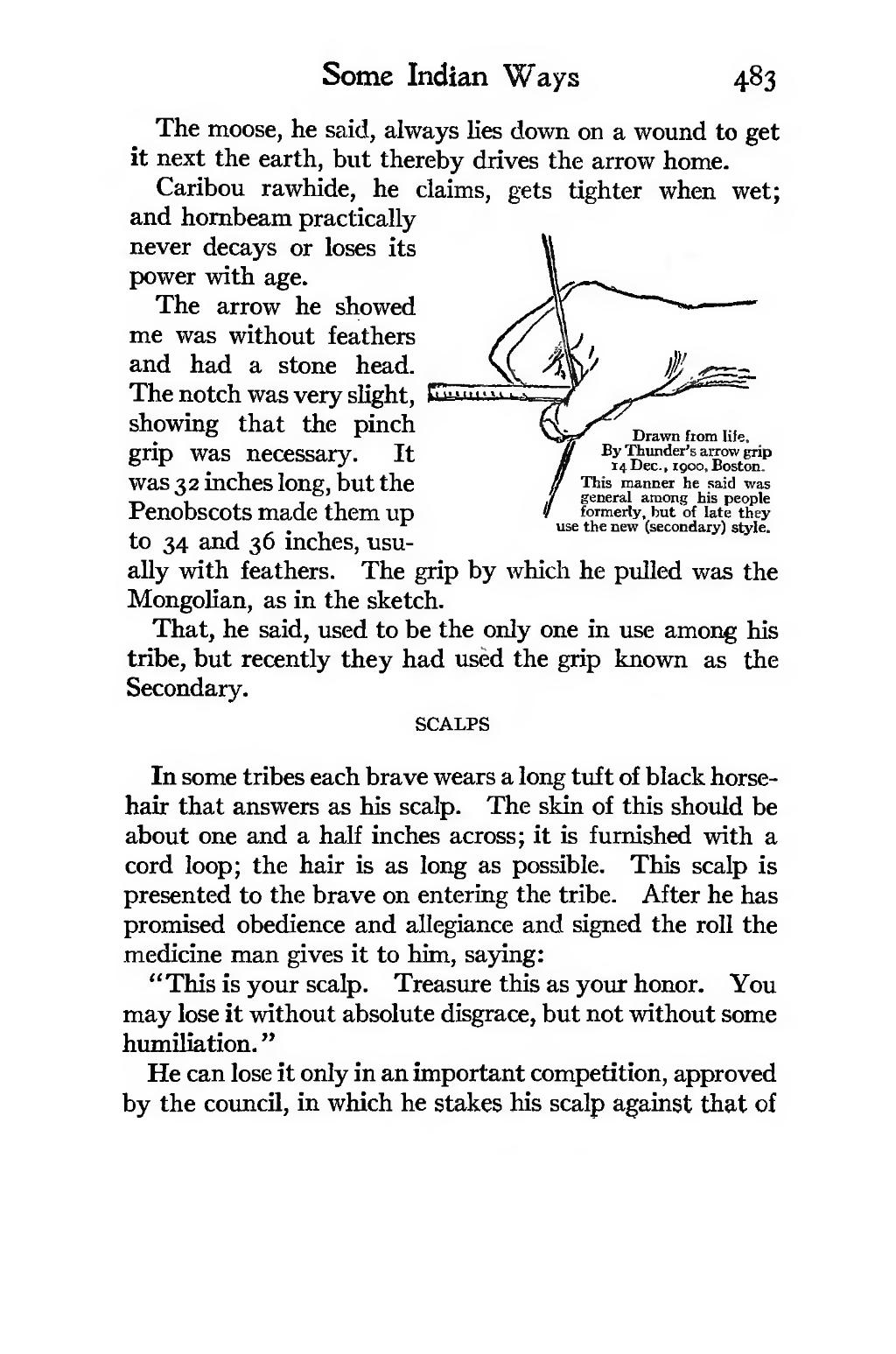