472 The Book of Woodcraft Double each and tie a 3-inch hard loop in the middle. Twist these doubled cords and put them on a frame (Cut No. i), fastened to nails as at A B, the surplus cord wrapped around the frame, and the others as at C D E F G and H. M-, atHJtQii fju;ring liJfeiHi^i ellft^Vrr-^T --■fOHWWi!'; I'll o»ic -red I* infilACt,, CUT NO. I. Take one of the heaviest rods, say a half-inch one, for a starter. With a pointed stick, open the two strands of the twisted cord, and set the rod tight against the knots I J K L. Now set a second rod in place below the first, seeing that two twists of the string are between each road and that the space separating them is one inch. Keep alternating butts and tops. At each point, that is at four places on each rod, make a lashing of waxed thread, holding rod and cords together (No. 2). I have seen beds with only two lashings, that is, one at each end, but four lashings is the sound and safe plan. moX.TheSi>lltot finiik. Aiish^UU lif/iecf. llktiilb. When the rod-work is six feet long, it is time to taper off. Put in one big rod for a finish, and tie hard loops in the 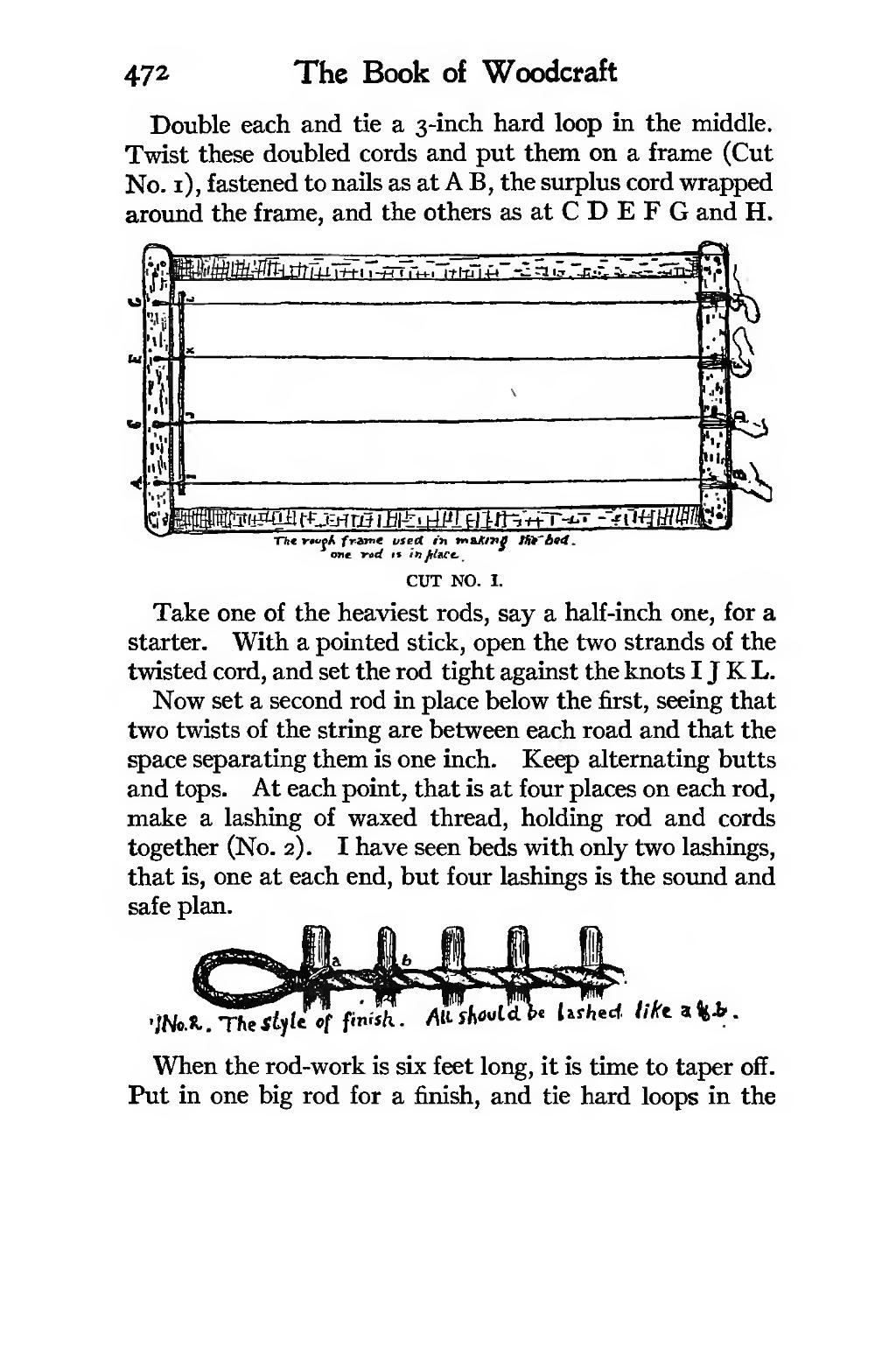