The Spartans of the West 27 I have seen scores of them. Clark says they were " conmion to all tribes," (p. 365). Every old-timer knows that they were in daily use by the Indians and scoffed at by the white settlers who, indeed, were Uttle given to bathing of any kind. CHASTITY About one hundred years ago the notorious whiskey- trader, Alexander Henry, already mentioned, went into the Missouri region. He was a man of strange character, of heroic frame and mind, but unscrupulous and sordid. His only interest and business among the Indians was beating them out of their furs with potations of cheap alcohol. This fearless ruffian penetrated the far North- west, was the first trader to meet certain Western tribes, and strange to tell he wrote a full, straightforward and shocking account of his wanderings and methods among the red folk he despised for not being white. In spite of arro- gance and assimied superiority, his narrative contains much like the following: "TheFlatheads on the Buffalo Plains, generally encounter the Piegans and fight desperately when attacked. They never attempt war themselves, and have the character of a brave and virtuous people, not in the least addicted to those vices so common among savages who have had long intercourse with Eiuropeans. Chastity is particularly esteemed, and no woman will barter her favors, even with the whites, upon any mer- cenary consideration. She may be easily prevailed upon to reside with a white man as his wife, according to the custom of the country, but prostitution is out of the question — she wUl listen to no proposals of that nature. Their morals have not yet been sufficiently debauched and corrupted by an intercourse with people who call themselves Christians, but whose licentious and lecherous manners are far worse than those of savages. A striking example is to be seen throughout the N. W. country, of the depravity and wretchedness of the natives; but as one 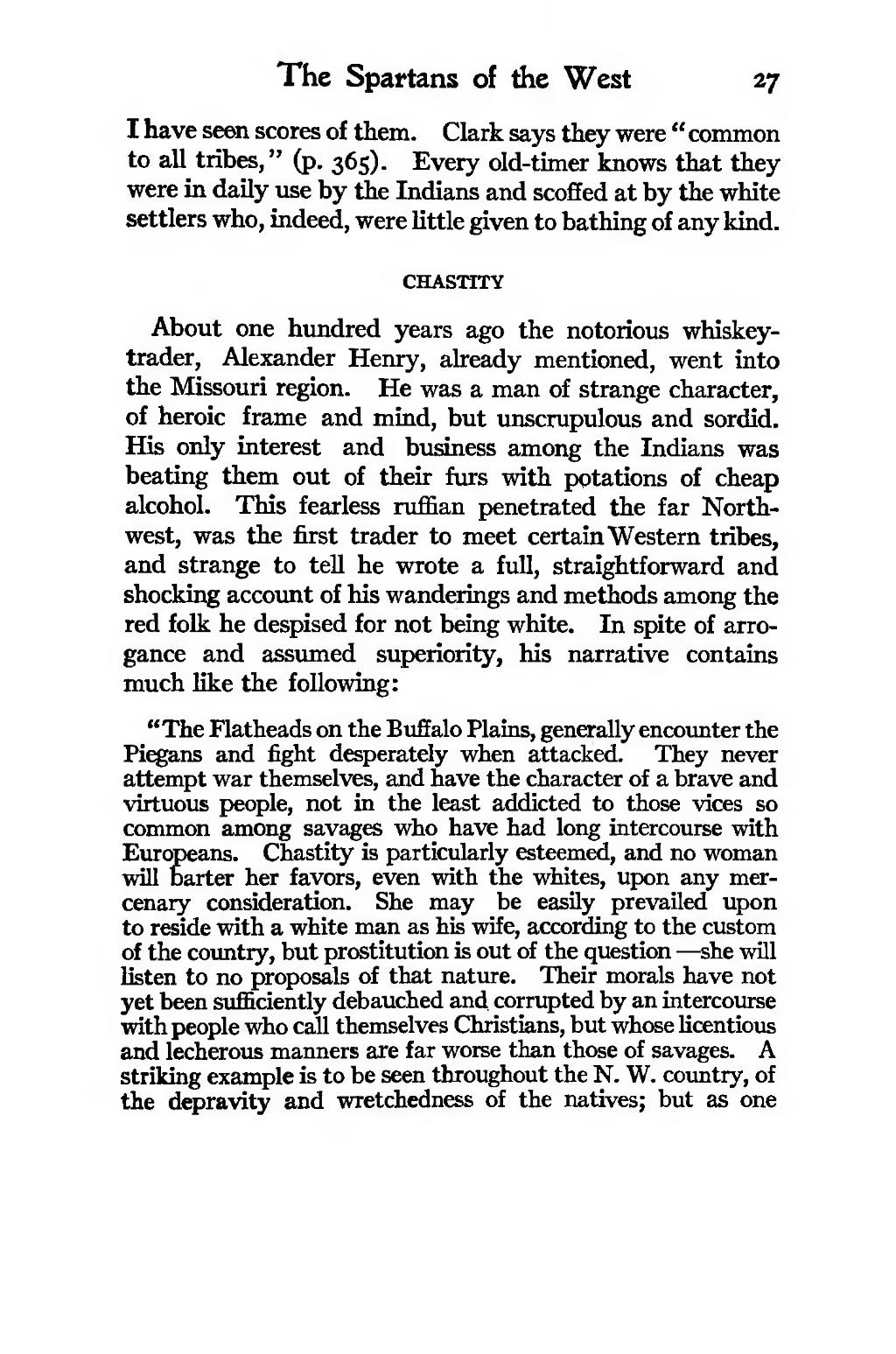