Some Indian Ways 447 Fasten the end of a to-foot cord to J and another to K; hem a rope all along in the bottom, BCD. Cut 12 pieces of rope each about 15 inches long, fasten one firmly to the canvas at B, another at the point D, and the rest at regular distances to the hem rope along the edge between, for peg loops. The teepee cover is now made. For the door (some never use one) take a limber sapling f inch thick and 5I feet long, also one 22 inches long. Bend the long one into a horseshoe and fasten the short one across the ends (A in Cut II). On this stretch canvas, leaving a flap at the top in the middle of which two small holes are made (B, Cut II), so as to hang the door on a lacing-pin. Nine of these lacing-pins are needed. They are of smooth, round, straight, hard wood, a foot long and I inch thick. Their way of skewering the two edges to- gether is seen in the Omaha teepee at the end of the hne below. STORM CAP OR BULL-BOAT During long continued or heavy rains, a good deal of water may come in the smoke vent or drip down the poles. To prevent this the Missouri Indians would use a circular bull-boat of rawhide on a frame of willows as a storm cap. For a twelve-foot teepee the storm cap should be about four feet across and eighteen inches deep, made of 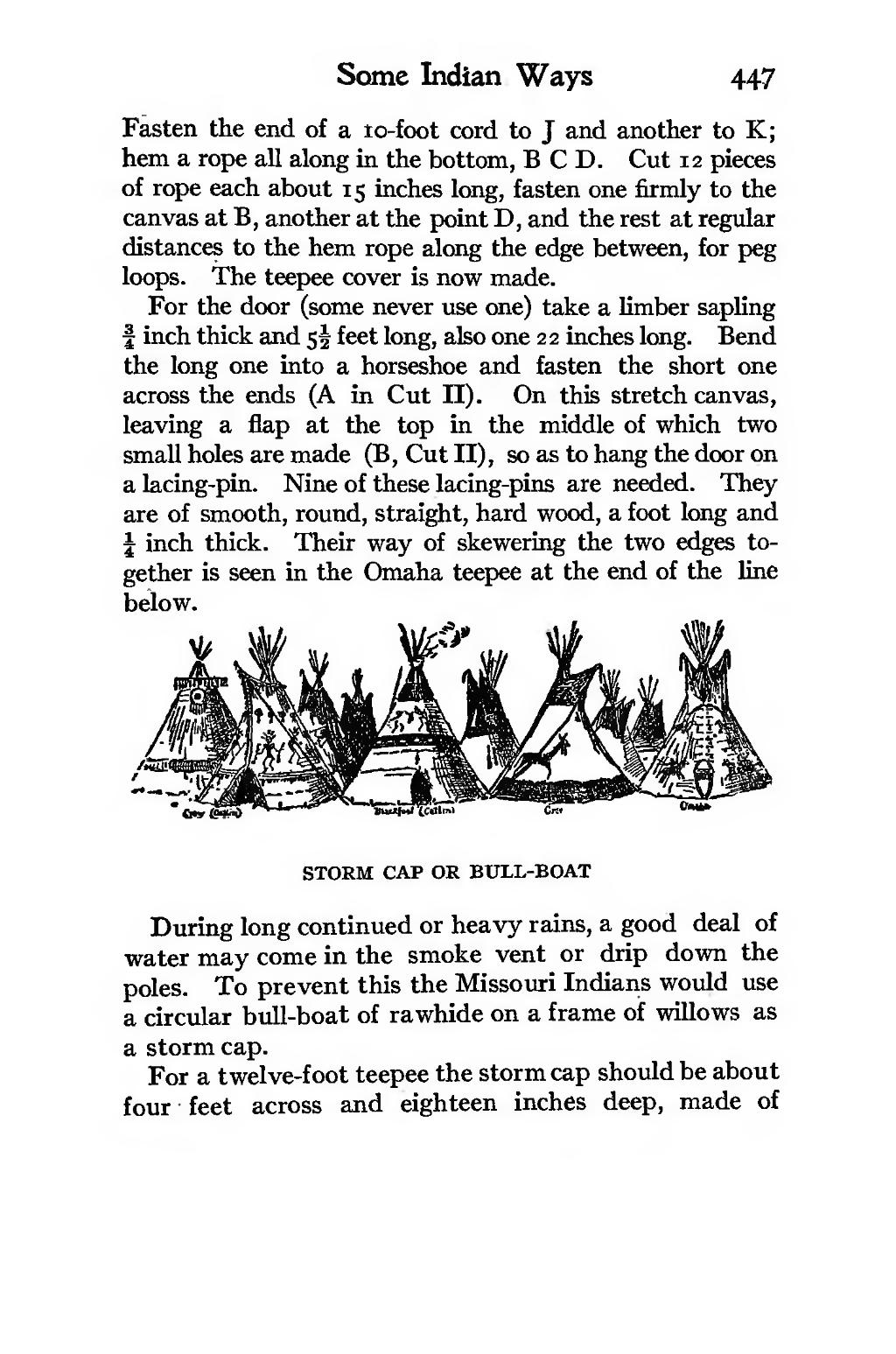