XVL Some Indian Ways Teepees (From Ladies' Home Journal, September, 1902) MANY famous campers have said that the Indian teepee is the best known movable home. It is roomy, self-ventilating, cannot blow down, and is the only tent that admits of a fire inside. Then why is it not everjrwhere used? Because of the difficulty of the poles. If on the prairie, you must carry your poles. If in the woods, you must cut them at each camp. General Sibley, the famous Indian fighter, invented a teepee with a single pole, and this is still used by our army. But it wiU not do for us. Its one pole is made in part of iron, and is very cumbersome as well as costly. In the "Buffalo days" the teepee was made of buffalo skin; now it is made of some sort of canvas or cotton, but it is decorated much in the old style. I tried to get an extra fine one made by the Indians, especially as a model for our boys, but I found this no easy matter. I could not go among the red folk and order it as in a department store. At length I solved the difficulty by buying one ready made, from Thunder Bull, a chief of the Cheyennes. It appears at the left end of the row of teepees heading this chapter. 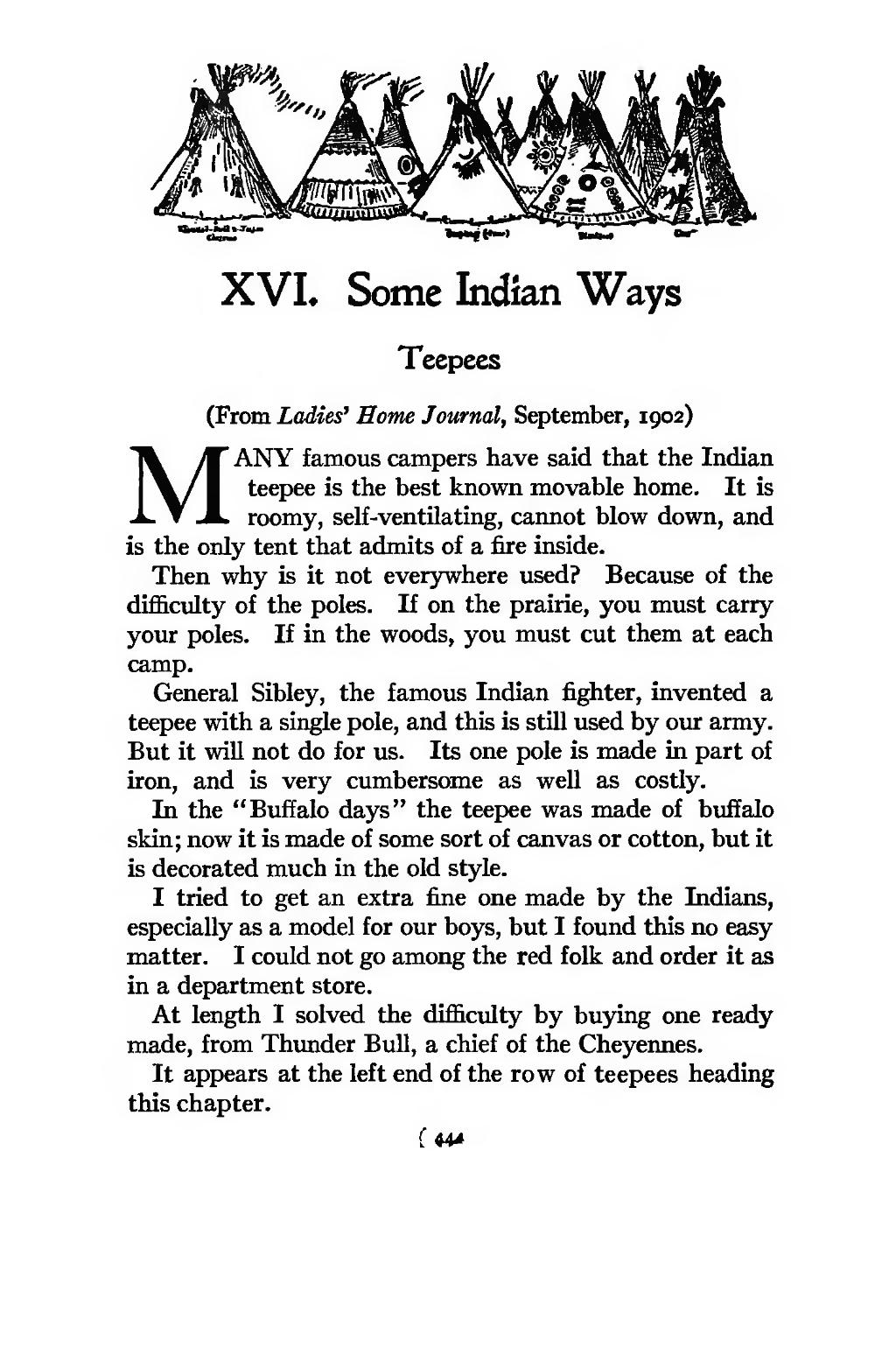