460 The Book of Woodcraft Cup, white dotted over with fragments of a brownish or yellowish skin; gills, white at first, then green; spores, green; flesh, white, but changing to a reddish then yellowish when cut or bruised. This immense toadstool is found in mead- ows all simimer long, usually in rings of many individuals; it is poisonous to some and not to others, but is never deadly so far as known. Sulphur Tricholoma (Tricholoma suphureum), two to four inches high: cap one to four inches apart, dingy or red- dish sulphur yellow above; flesh, thick and yellow; spores, white; stem, yellow inside and out; has a bad smell and a worse taste; is considered noxious if not actively poisonous. It is the only inedible Tricholoma known. Deceiving Clitocybe (Clitocybe illudens). This grows in clusters on rotten stumps or trees from August to Octo- ber. It is everywhere of a deep yellow or orange, often it is phosphorescent. Each plant is four to six inches across the cap and five to eight inches high. It is usually nauseating and emetic. Russula (Russula emetica). This is known at once by its exquisite rosy red cap, and its white gills, flesh and stalk. Sometimes the last is tinged rosy. It is a short stemmed mushroom two to four inches high; its cap pinkish when young, dark red or rosy red when older, fading to straw color in age; its gills and spores, white. Its peppery taste when raw is a fairly safe identification. In most books it is classed as "slightly poisonous," but Mcllvaine maintains that it is perfectly wholesome. I know that I never yet saw one that was not more or less gnawed by the discrimi- nating little wood folk that know a good thing when they smell it. Woolly or Burning Marasmius (Marasmius urens), two to three inches high; cap two to three inches wide, pale yel- lowish, becoming paler; spores, white; gills, brown, paler 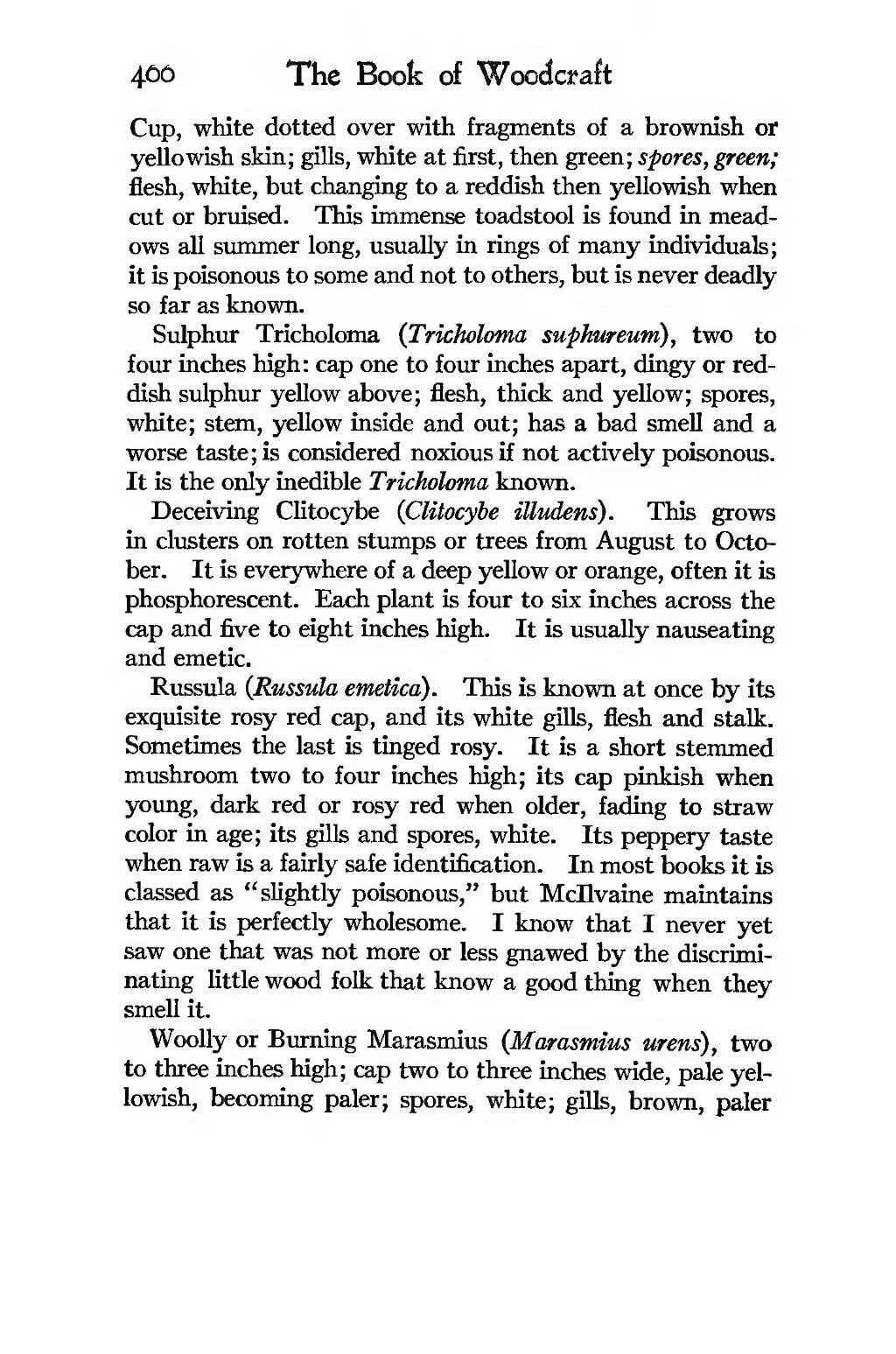