Games for the Camp 295 THE SCOUT MESSENGER This is played with a Scout and ten or more Hostiles, or Hounds, according to the country; more when it is rough or wooded. The Scout is given a letter addressed to the "MiUtary Commandant"* of any given place a mile or two away. He is told to take the letter to any one of three given houses, and get it endorsed, with the hour when he arrived, then return to the starting-point within a certain time. The Hostiles are sent to a point halfway, and let go by a starter at the same time as the Scout leaves the camp. They are to intercept him. If they catch him before he delivers the letter he must ransom his life by paying each two arrowheads (or other forfeit) and his captor keeps the letter as a trophy. If he gets through, but is caught on the road back, he pays half as much for his life. If he gets through, but is over time, it is a draw. If he gets through successfully on time he claims three arrowheads from each Hostile and keeps the letter as a trophy. They may not follow him into the house (that is, the Fort), but may surround it at one hundred yards distance. They do not know which three houses he is free to enter, but they do know that these are within certain narrow limits. The Scout should wear a conspicuous badge (hat, shirt, coat, or feather), and may ride a wheel or go in a wagon, etc., as long as his badge is clearly visible. He must not go in female dress. A CHALLENGE EOR SCOUT MESSENGER On day, 1913, the Sinawa Tribe of Cos Cob, Conn., will send a letter by one man into the town of •The " Military Commandment " is usually the lady of the house that he gets to. 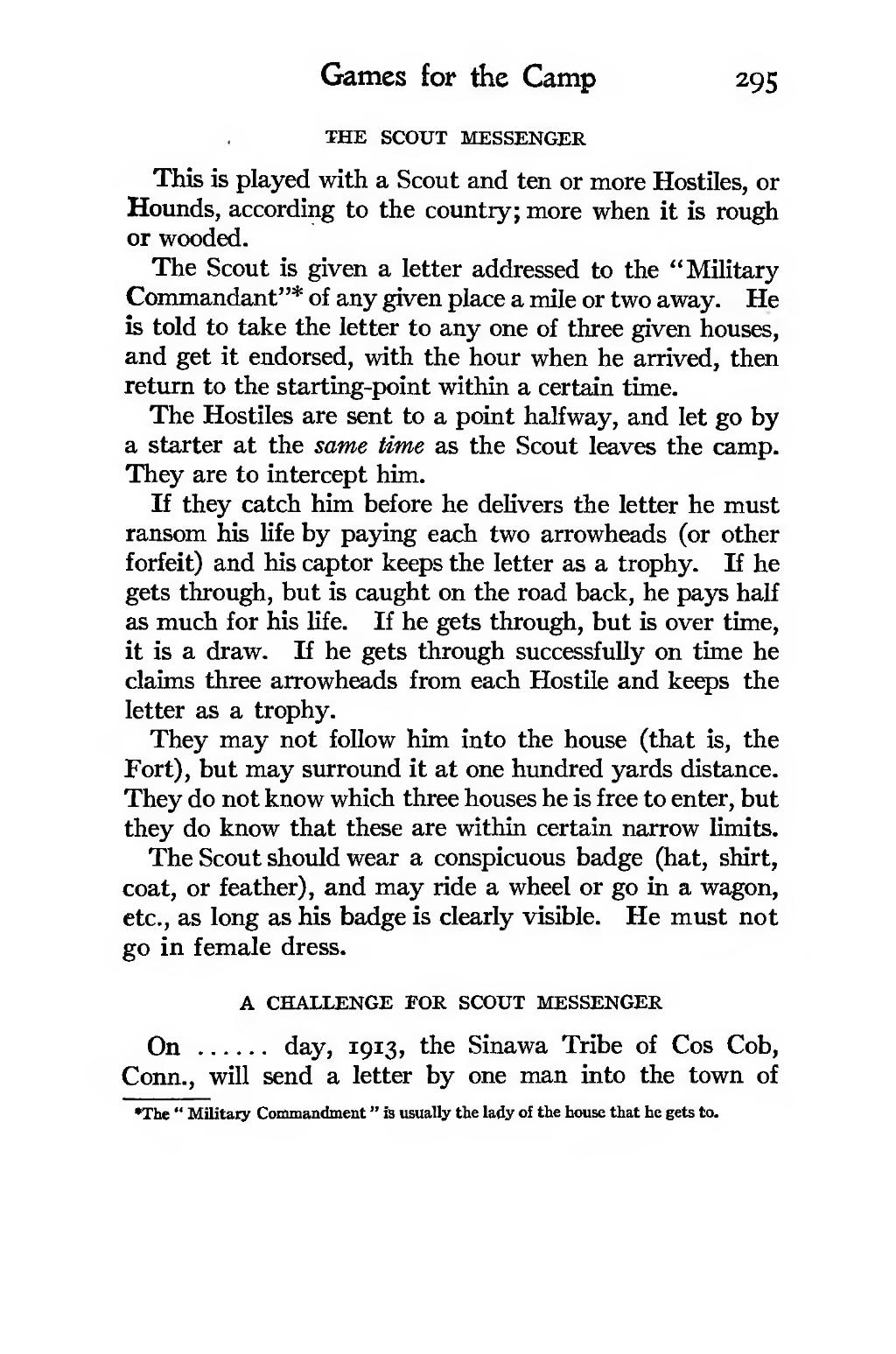