In general, picture writing aims to give on paper the idea of the Sign Language without first turning it into sounds. In the dictionary of Sign Language I give the written form after each of the signs that has a well established or pos- sible symbol. Many of these are drawn from the Indians who were among the best scouts and above all noted for their use of the picture-writing. A few of them will serve to illustrate. I /I III nil y y V" Viir Vim Qmtwi")! Numbers were originally fingers held up, and five was the whole hand, while ten was a double hand. We can see traces of this origin in the Roman style of numeration. A one-night camp, a more permanent camp, a village and a town are shown in legible symbols. An enemy, sometimes expressed as a " snake," recalls our own "snake in the grass." A "friend," was a man with a The picture on the teepee lining, to record Guy's Exploit branch of a tree; because this was commonly used as a flag of truce and had indeed the same meaning as our olive branch. The "treaty" is easily read; it was a pair of figures like this done in Wampum that recorded Penn's Treaty. "Qood" is gometimes given as a circle full of lines all 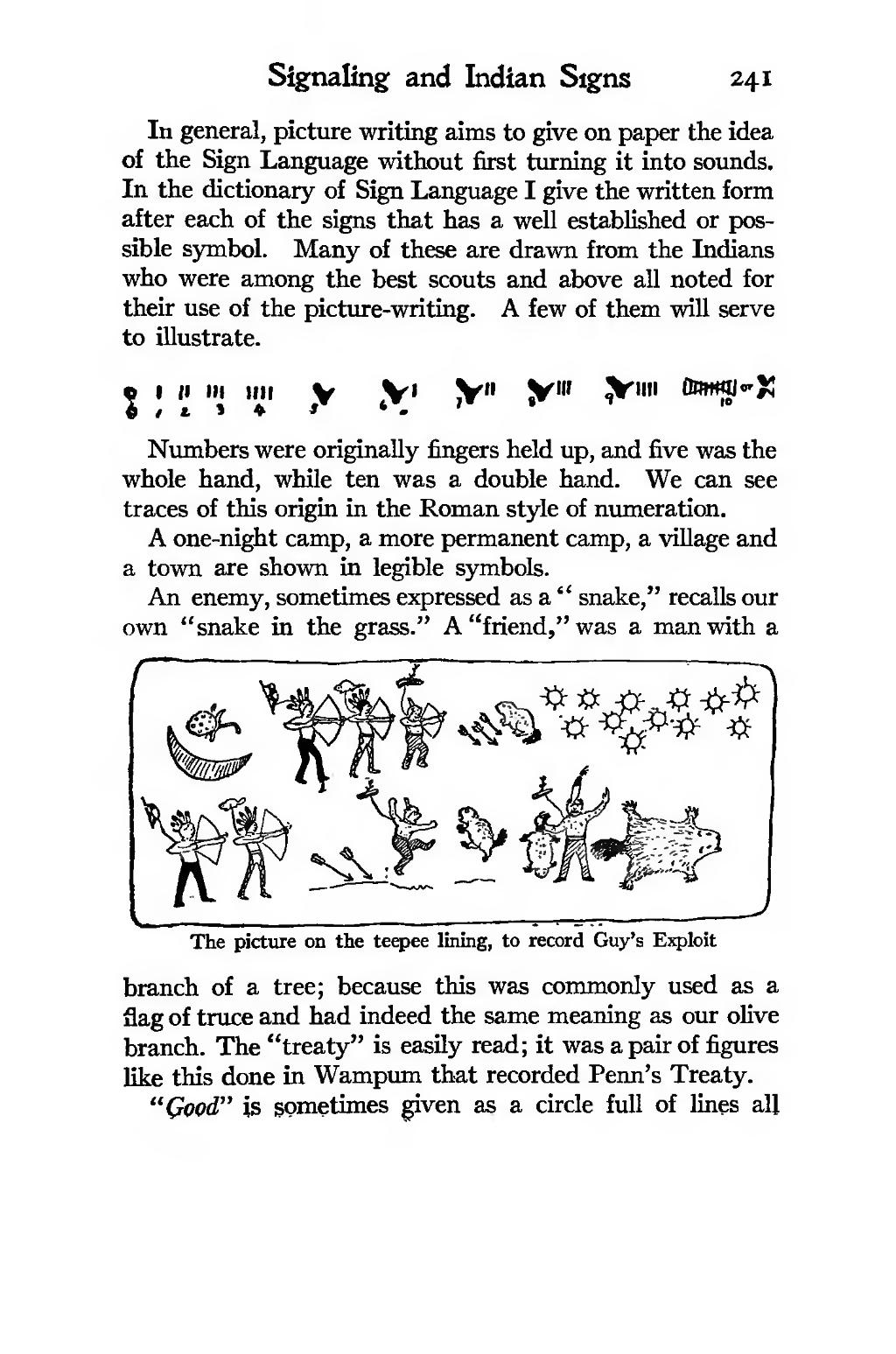