212 The Book of Woodcraft way off, we cannot see them. But around our own Sun are several worlds besides ours. They are very near to us, and we can see them by the reflected light of the Sun. These are called "planets" or "wanderers," because, before their courses were under- stood, they seemed to wander about, all over the sky, unlike the fixed stars. They are so close to us that their distance and sizes are easily measured. They do not twinkle. There are eight, in all, not counting the small Planetoids; but only those as large as stars of the first magnitude concern us. They are here in order of nearness to the Sun: . MERCURY is always close to the Sun, so that it is usually lost in the glow of the twihght or of the vapors of the horizon, where it shows like a globule of quicksilver. It has phases and quarters like the Moon. It is so hot there "that a Mercurian would be frozen to death in Africa or Senegal" (Flammarion) . . VENUS. The brightest of aU the stars is Venus; far brighter than Sirius. It is the Morning Star, the Evening Star, the Shepherd's Star, and yet not a star at all, but a planet. It has phases and quarters like the Moon. You can place it only with the help of an almanac. . THE EARTH. . MARS. The nearest of the other worlds to us. It is a fiery-red planet. It has phases like the Moon. . JUPITER, like a very large star of the first magni- tude, famous for its five moons, and really the largest of the planets. . SATURN, noted for its rings, also like a very large star of the first magnitude. . URANUS and (8) NEPTUNE, are too small for observation without a telescope. 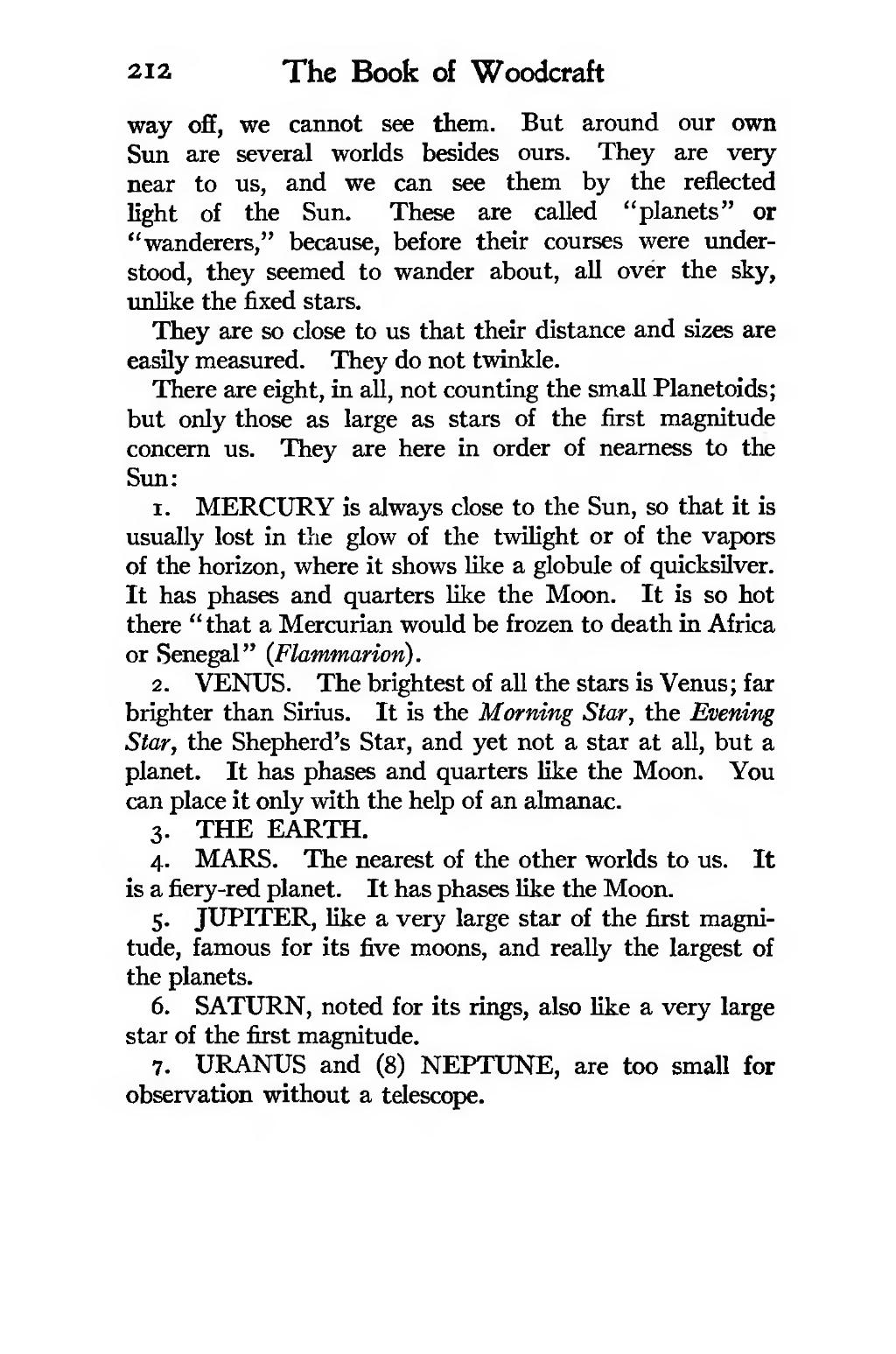