84 The Book of Woodcraft An application was made by three fellows on Fourth Avenue for membership, but was refused as the Band was full. But they were invited to join the meetings as outside Scouts or visitors until they had enough to form a new Band under the same Guide. It was arranged to hold the next meeting at Keenan's, iioo Fifth Avenue. Meeting adjourned at 9 o'clock. iSth Sun Snow Moon, 1910. Third meeting of the Thunder Band. Held at Selig's as arranged. Old Guide Cameron in the chair. Etc., etc., etc. ist Sun Hunger Moon, 1910. Fifth meeting, etc. At this meeting Smith, the Chief, was able to qualify as a Young Brave, and so the Old Guide has sent for the badge. Two others expect to qualify before a month. The Thunder Band was sent into another room while the Old Guide organized the new band of six members. They are now "THE SCREECH OWLS" because two of them can screech so loud; but they wouldn't teU us how they did it, or what their War Cry is. Now we had two Bands, we agreed to unite and form a tribe, keeping our own Band just the same. The name decided on was the " TRIBE OF THUNDER-ROLLERS OF THE LITTLE LODGE." So each puts a small Thunder Bird under the Totem of his Band. Nomina- tions were made at once for Tribal officers. The election came seven suns later. The Thunder Band got their Chief in as Head Chief. The other officers were about divided. Whenever we can, we have Tribal meetings, but Band meetings v/here only one Band is represented are easier to arrange. We have one about once a week. 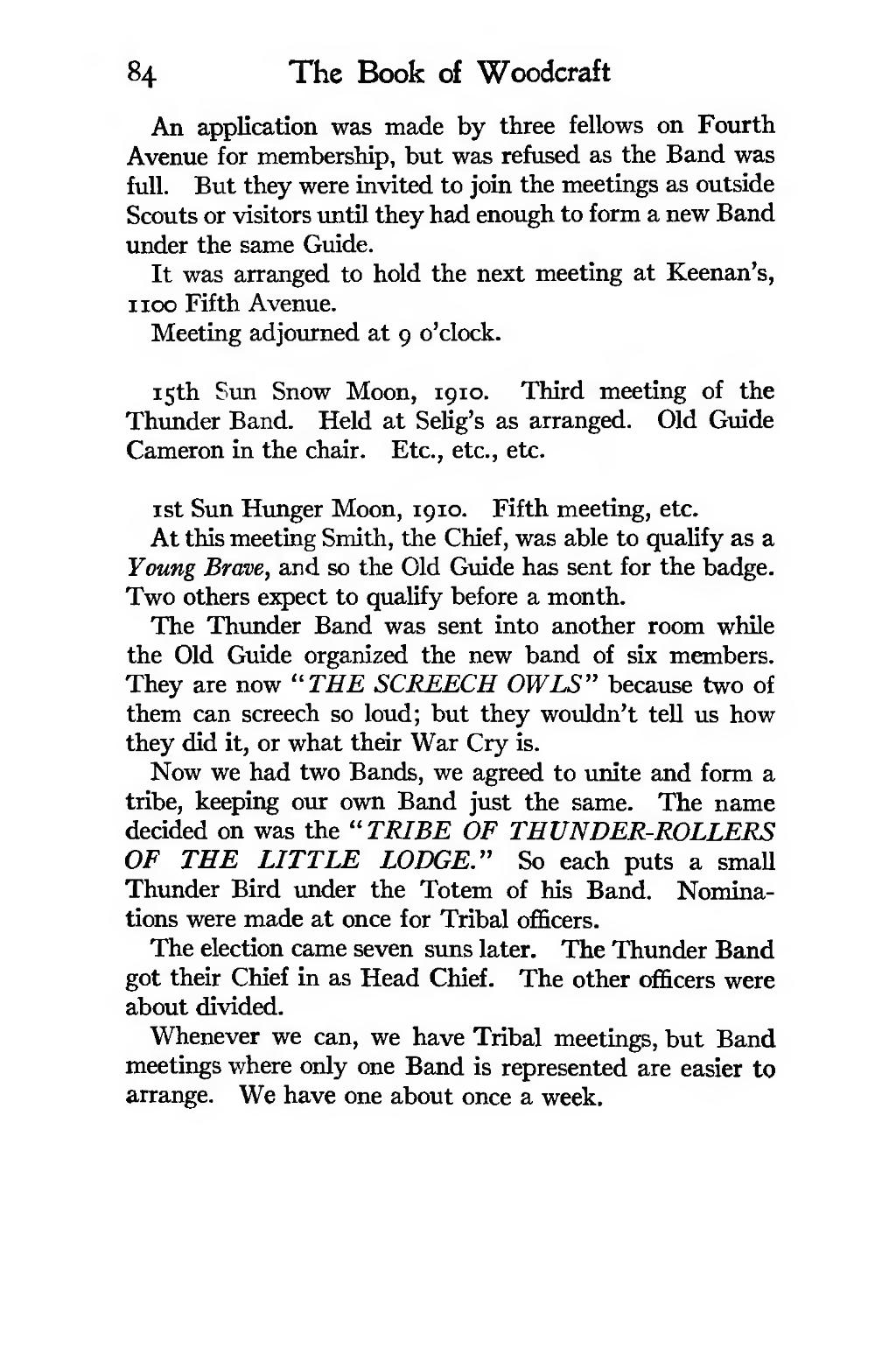