394 The Book of Woodcraft Spiny toadstools Coral toadstools . Puffballs All the virulently poison ones as weU as the most delici- ous are in the first group. POISONOUS TOADSTOOLS The only deadly poisonous kinds are the Amanitas. Others may purge and nauseate or cause vomiting, but it is believed that every recorded death from toadstool poison- ing was caused by an Amanita, and unfortunately they are not only widespread and abundant, but they are much like the ordinary table mushrooms. They have, however, one or two strong marks : Their stalk always grows out of a ^^ poison cup,'" which shows either as a cup or as a hulh; they have white or yellow gills, a ring around the stalk, and white spores. First of these is the Deathcup, Destroying Angel, Sure-Death or Deadly Ama- nita {Amanita phalloides), one and one half to five inches across the cup; three to seven inches high; pure white, green, yellowish, olive, or grayish brown; smooth, but sticky when moist; gills below; spores white; on the stem is an annulus or ring just white the cap, and the long stalk arises out of a hollow bulb or cup ; usually it is solitary. A number of forms have been described as separate, but which are considered by Professor Mcllvaine as mere vari- eties of the phalloides — namely, the Virulent Amanita (virosa), shining white with a cap at first conical and acute; Spring Amanita (verna), like virosa, but showing a more persistent and closely sheathing remains of the wrapper at the base of the stem; Big-veiled Amanita {magnivelaris) , like verna, but has a large persistent annulus, and the bulb 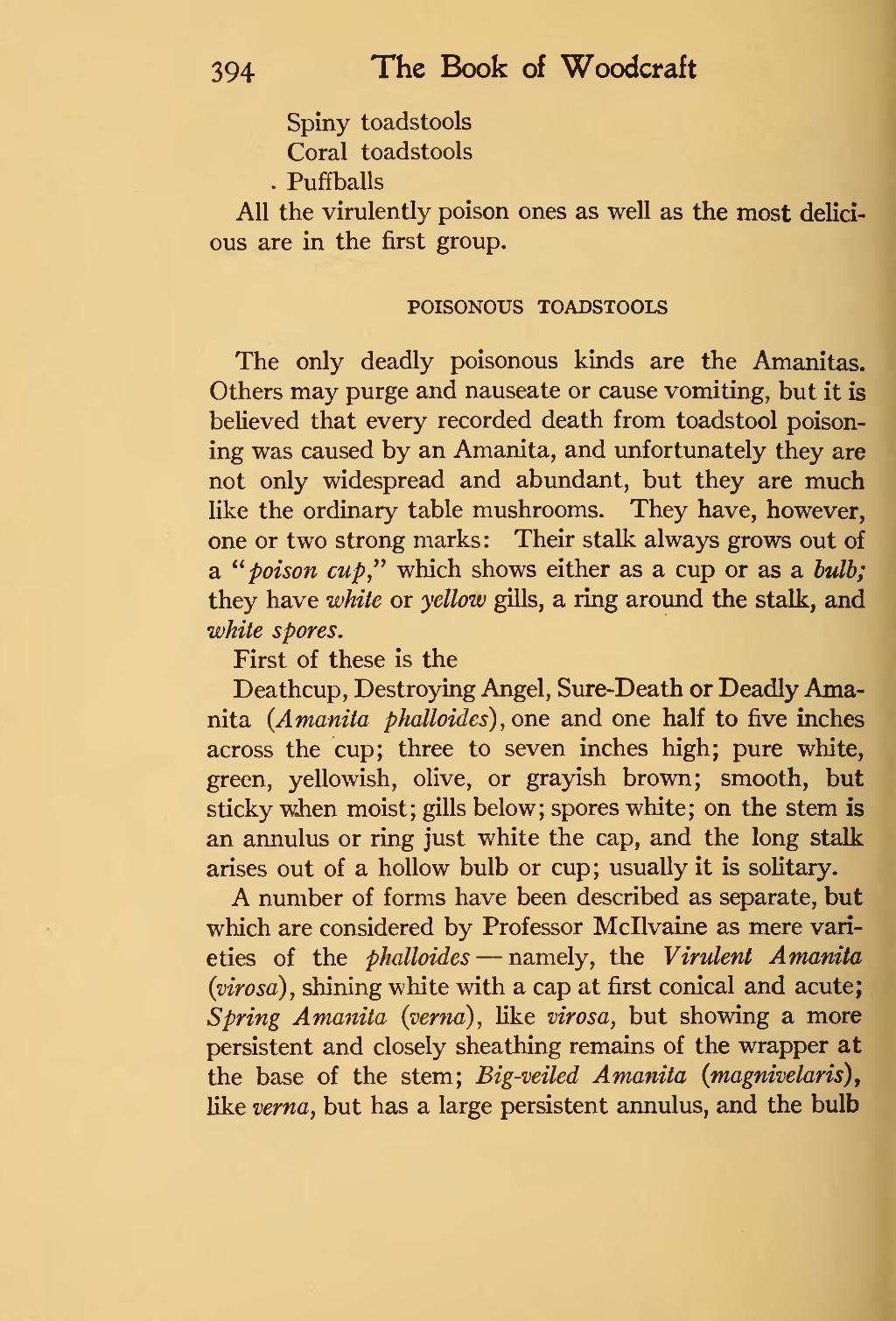