Natural History 363 (From Country Life, June 1904) OWL-STUFFING PLATE (p, 364) Fig. I. The dead owl, showing the cuts made in skinning it: A to B, for the body; El to H, on each wing, to remove the meat of the second joint. Fig. 2. After the skinning is done, the skull remains attached to the skin, which is now inside out. The neck and body are cut off at Ct. Sn to Sn shows the slit in the nape needed for owls and several other birds. Fig. 3. Top view of the tow body, neck end up, and neck wire projecting. Fig. 4. Side view of the tow body, with the neck wire put through it. The tail end is downward. Fig. 5. The heay iron wire for neck. Fig. 6. The owl after the body is put in. It is now ready to close up, by stitching up the slit on the nape, the body slit B to C, and the two wing slits El to H on each wing. Fig. 7. A dummy as it would look if all the feathers were off. This shows the proper position for legs and wings on the body. At W is a glimpse of the leg wire entering the body at the middle of the side. Fig. 8. Another view of the body without feathers. The dotted lines show the wires of the legs through the hard body, and the neck wire. Fig. 9. Two views of one of the eyes. These are on a much larger scale than the rest of the figures in this plate. Fig. 10. The finished owl, with the thread wrappings on and the wires still projecting. Nw is end of the neck wire. Bp is back-pin, that is, the wire in the centre of the back, Ww and Ww are the wing wires. Tl are the cards pinned on the tail to hold it flat while it dries. In the last operation remove the thread and cut all these wires off close, so that the feathers hide what remains. STUFFING AN ANIMAL Mounting a mammal, popularly called animal, is a much more difficult thing than mounting — that is, stuffing — a bird. 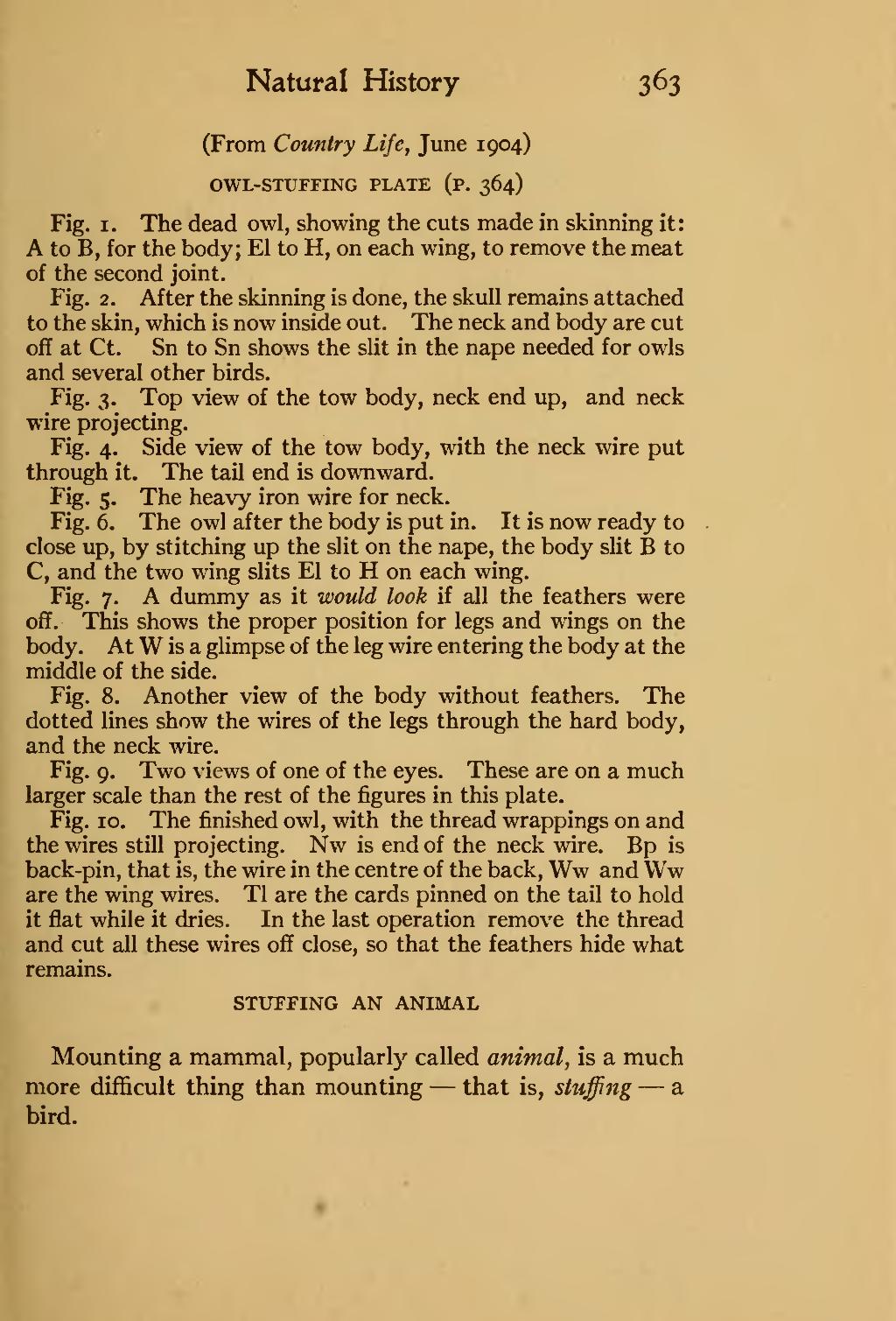