144 Woodcraft Birch Bark Roll form, we have made some very serviceable baskets, neat in appearance, and lasting. They cannot be painted, as I imagine the red ash baskets can, but a novel pattern can be worked out by alternating the strips, using first the inner side out, and then the outer side out. “While on a camping trip, I found myself surrounded by nothing but white cedars; and, experimenting with the bark of this tree in the same way, I made a fairly good basket. The white cedar has three advantages over the white ash: it keeps its pliability for a longer period, it retains a slight fra- grance of the cedar wood, and the rough outer bark gives the appearance of a more tightly woven basket. When dry, the inside turns a deep chrome yellow, that is really quite pretty.”

In the Modern Priscilla for November, 1921, there is an article by Mrs. Quincy Williamson, on making baskets from iris leaves. Three leaves twisted together and sewed with carpet warp, form the coils of the basket. In the suc- ceeding rows, each stitch is taken into a stitch of the preceding coil. IF4 IIA, IV C4 Mats Walter J. Hoffman has described the making of mats among the Menomini as follows: “Several varieties of mats are made by Menomini women from leaves of rushes, from the flag or cat-o’-nine-tails, and from cedar bark. The leaf-made mats are used chiefly for roofing temporary structures. . . . They consist of two layers of leaves, each layer being secured by cords made of basswood fiber passed through transversely from one end of the mat to the other, to keep the edges of the leaves together. To each layer, cords extend from end to end, at intervals of about 10 inches, thus leaving three or four cords to each layer ; the ends of the leaves at the lateral edges of the mat being woven together to make a secure and durable seam. _ Each layer or sheet of leaves is therefore free from its fel- low, so that when the rain falls on the mat, the water usually follows the leaves on the inside of the mat. The extreme 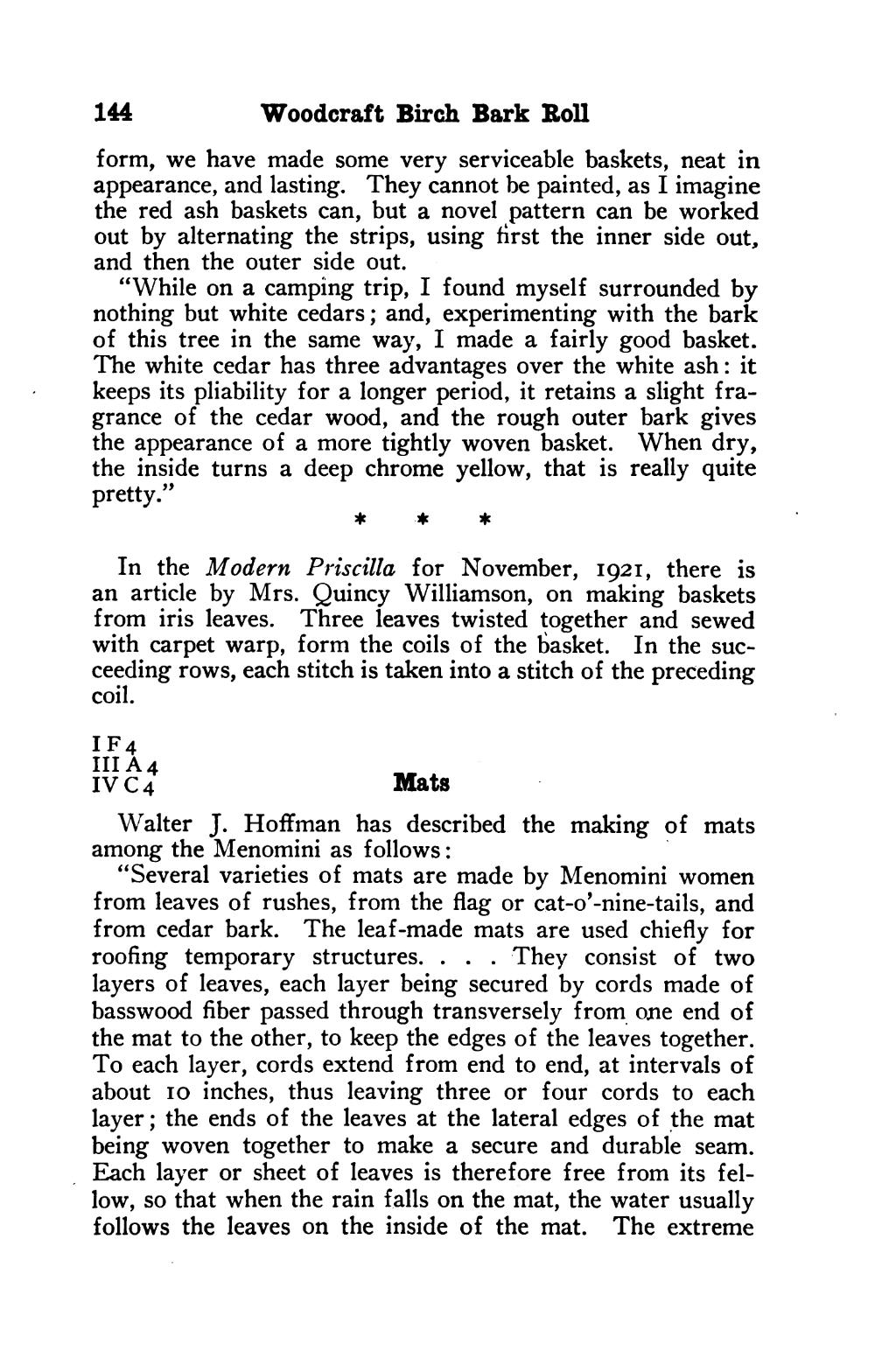