Coups and Degrees 3^ Riding To ride a hors i one mile in three minutes, clearing a fow- foot hurdle and an eight-foot water jump, counts coup; to do it in two minutes, clearing a five-foot hurdle and a twelve-foot water jump, grand coup. . , , . j u-i- Trick-riding. To pick up one's hat from the ground while It full gallop on a horse of not less than thirteen hands, counts To do it three times without failure, from each side, with horse of at least fifteen hands counts grand coup. General Athletics Those under ten pre children; those over ten and under sixteen are boys or young girls; those over sixteen and under -ighteen are lads or girls; those over eighteen are men or women. , . . , ^ Girls take the standards accordmg to their ages up to eighteen, but for athletics are never over that. No matter what their age, henceforth they continue in the "lad class," and in fihng the claim need only mention their class. Men over seventy return to the lad class. The records are given according to Spaldmg's Ahnanac, where will be found the names ol those who made them, mtn date and place. A dash (— ) means "not open." No test requiring violent exercise should be taken unless the member has passed a general physical examination. The Guide of each group should see that this precaution is observed, and especially so in the case of the girl members. Failure to observe the condition of the body may result m hfe- long harm. Don't try for any Coup in athletics without getting your Guide's approval. 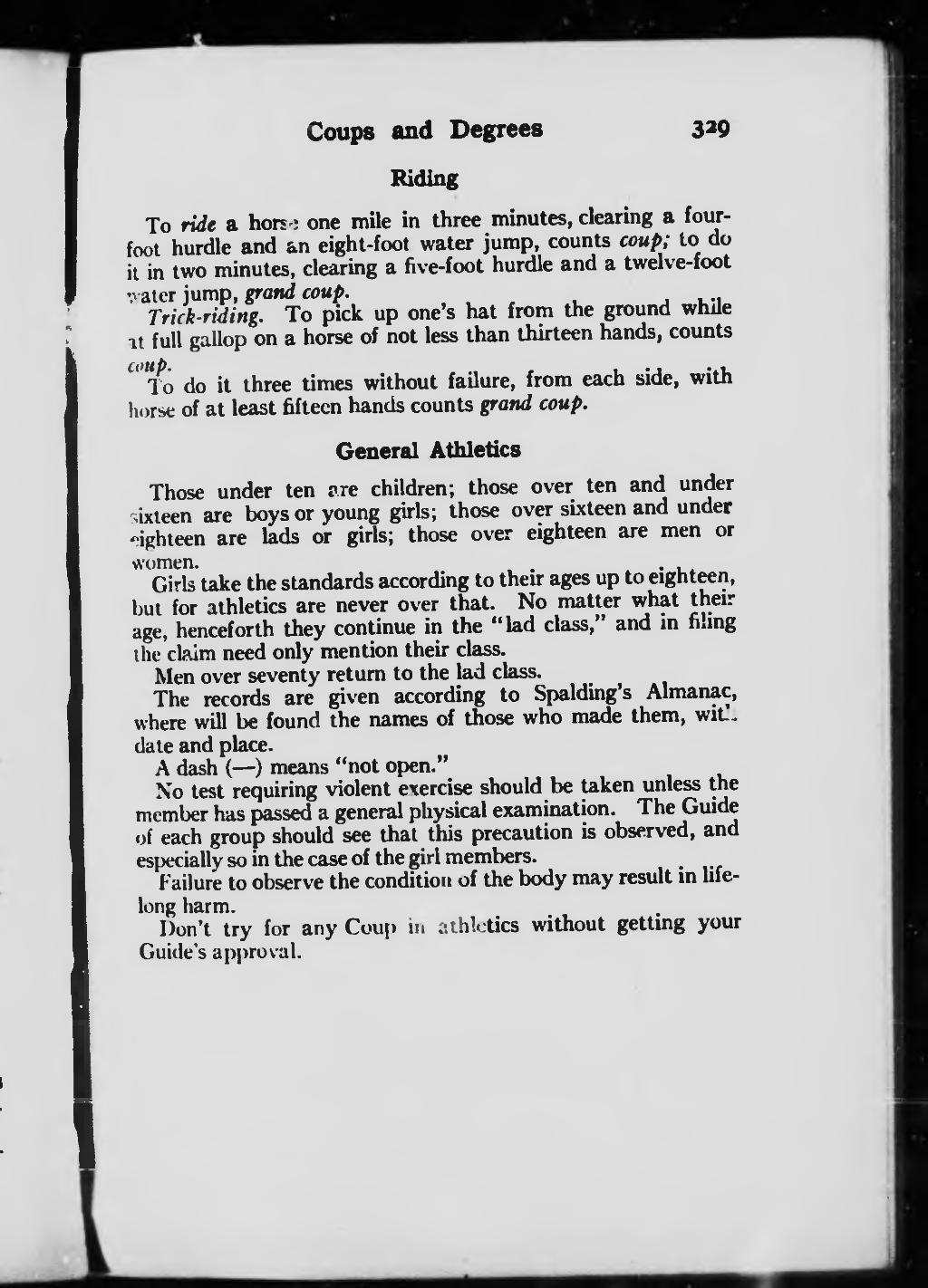