From thewoodcraft.org
Revision as of 22:53, 1 December 2016 by Keny (talk | contribs) (→‎Nebylo zkontrolováno: Založena nová stránka s textem „298 The Book of Woodcraft I saw his fresh tracks. Later, I saw these had joined on to the fresh tracks of another rabbit. I sketched all the salient poi…“)
(diff) ← Older revision | Latest revision (diff) | Newer revision → (diff)
Jump to navigation Jump to search
Tato stránka nebyla zkontrolována

298 The Book of Woodcraft I saw his fresh tracks. Later, I saw these had joined on to the fresh tracks of another rabbit. I sketched all the salient points and noted how my big jack had followed the other. They had dodged about here and there, and then one had overtaken the other, and the meeting had been the reverse of unfriendly. I give the record that I sketched out there in the snow. I may be wrong, but I argue from this that the life of the hardy jack was not without its pleasures. (Illustration 9.) FOX Of more general interest perhaps is the track of the fox. I have spent many days — yes, and nights — on the trail, following, following patiently, reading this life of the beast, using notebook at every important march and change. Many an odd new sign has turned up to be put on record and explained by later experience. Many a day has passed with nothing tangible in the way of reward; then, as in all hunting, there has come a streak of luck, a shower of facts and abundant reward for the barren weeks gone by, an insight into animal ways and mind that could not have been obtained in any other way. For here it is written down by the animal itself in the oldest of all writing — a chapter of the creature's normal Ufe. One day, soon after the snow had come, I set out on one of the long decipherments. The day before I had followed a fox-trail for three or four miles, to learn only that he tacked up wind and smelt at every log, bump, and tree that stuck through the snow; that he had followed a white hare at full speed, but was easily left behind when the hare got into his ancient safety — the scrubby, brushy woods. 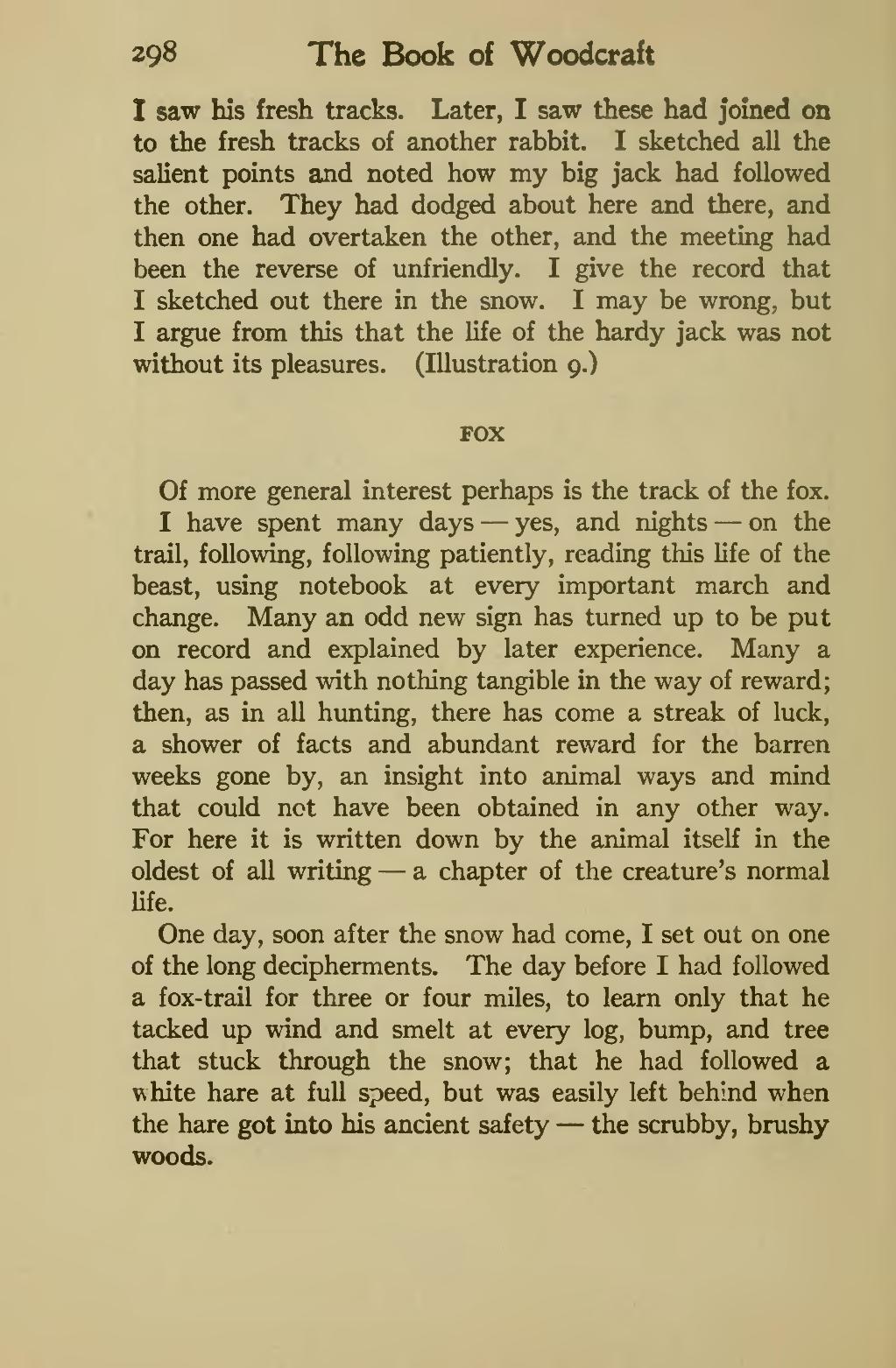