From thewoodcraft.org
Revision as of 20:19, 25 August 2015 by Keny (talk | contribs) (→‎Nebylo zkontrolováno: Založena nová stránka s textem „S6 The Book of Woodcraft power in the hands of one man, most of the great business enterprises of the world could not have been; especially enterprises…“)
(diff) ← Older revision | Latest revision (diff) | Newer revision → (diff)
Jump to navigation Jump to search
Tato stránka nebyla zkontrolována

S6 The Book of Woodcraft power in the hands of one man, most of the great business enterprises of the world could not have been; especially enterprises that required the prompt action impossible in a national commission. All great steps in national progress have been through some one man, to whom the light came, and to whom our system gave the power to realize his idea. The Indian's answer is, that all good things would have been estabUshed by the nation as it needed them; anything coming sooner comes too soon. The price of a very rich man is many poor ones, and peace of mind is worth more than railways and skyscrapers. In the Indian life there was no great wealth, so also pov- erty and starvation were unknown, excepting under the blight of national disaster, against which no system can insure. Without a thought of shame or mendicancy, the young, helpless and aged all were cared for by the nation that, in the days of their strength, they were taught and eager to serve. And how did it work out? Thus: Avarice, said to be the root of all evil, and the dominant characteristic of our race, was unknown among Indians, indeed it was made impossible by the system they had developed. These facts long known to the few are slowly reaching all our people at large, in spite of shameless writers of history, that have done their best to discredit the Indian, and to that end have falsified every page and picture that promised to gain for him a measure of sympathy. Here are the simple facts of the long struggle between the two races: There never yet was a massacre of Indians by whites — and they were many — except in time of peace and made possible by treachery. There never yet was an Indian massacre of whites except in times of declared war to resist invasion. 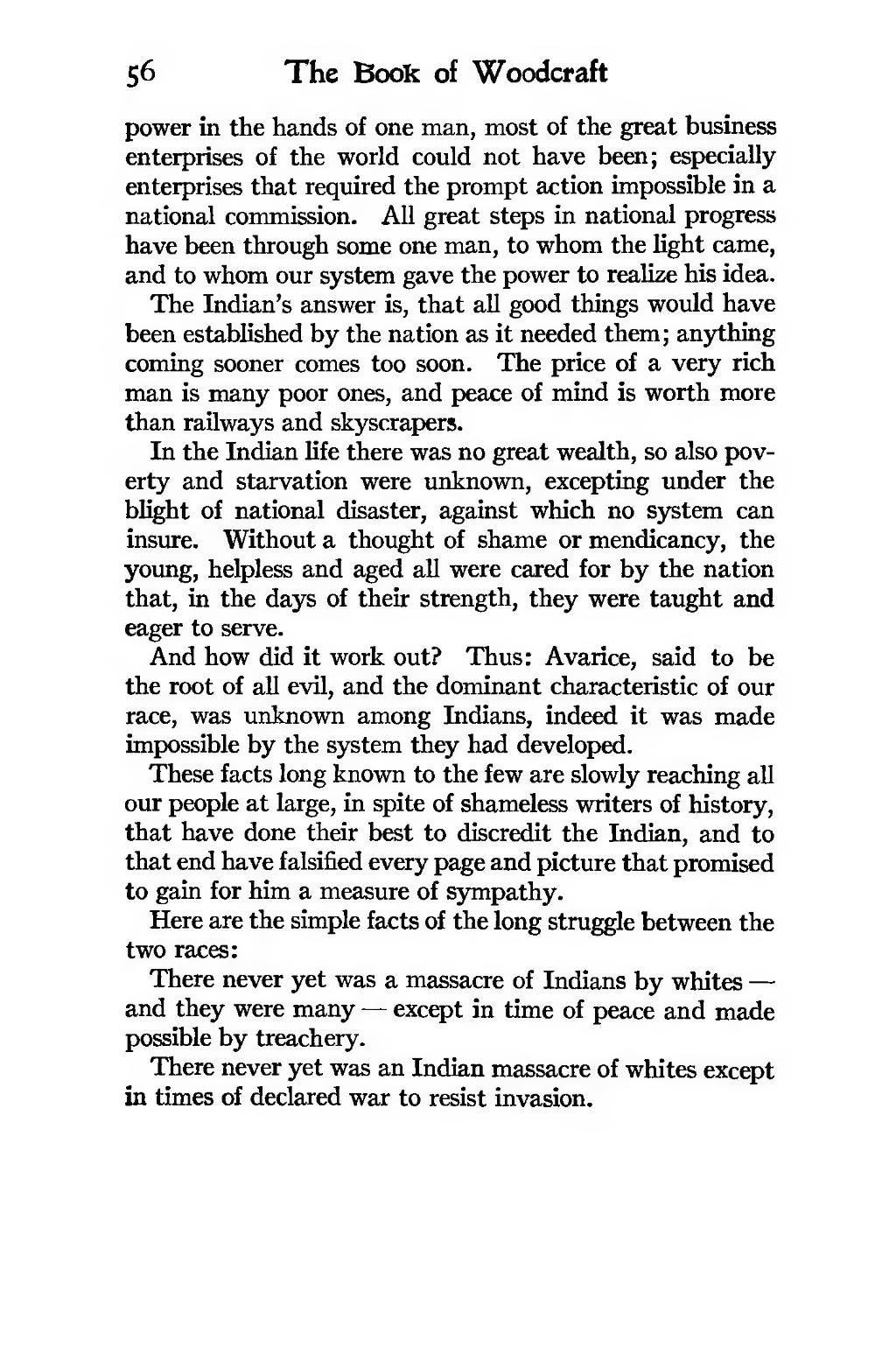