46 The Book of Woodcraft treaty apparently, as soon as some material benefit seemed likely to accrue. Col. R. I. Dodge says: "The three principal causes of wars with the Indians are: "First, Non-fulfilment of treaties by the United States Government. " Second, Frauds by the Indian agents. " Third, Encroachments by the whites. " (" Hunting-grounds of the Great West," 1878, pp. XLIII-XLIV.) Captain John G. Bourke, who served under General Crook in 1872, when the Apaches were crushed by over- whelming numbers and robbed of their unquestioned heri- tage, says: "It was an outrageous proceeding, one for which I should still blush, had I not long since gotten over blushing for any- thing that the United States Government did in Indian mat- ters. " (" On the Border with Crook, " p. 2 1 7 .) "The most shameful chapter of American history is that in which is recorded the accoimt of our dealings with the Indians. The story of our Government's intercourse with this race is an unbroken narrative of injustice, fraud and robbery." (Grin- nell's "Blackfoot Lodge Tales," 1892, p. IX.) In brief, during our chief dealings with the Redman, our manners were represented by the border outlaws, the vilest criminals the world has known, absolute fiends; and our Government by educated scoundrels of shameless, heartless, continual greed and treachery. The great exception on American soil was that of William Penn. He kept his word. He treated the Indians fairly; they never wronged him to the extent of a peimy, or harmed him or his, or caused a day's anxiety; but con- tinued his loyal and trusty defenders." (See Jackson's "Century of Dishonor.") 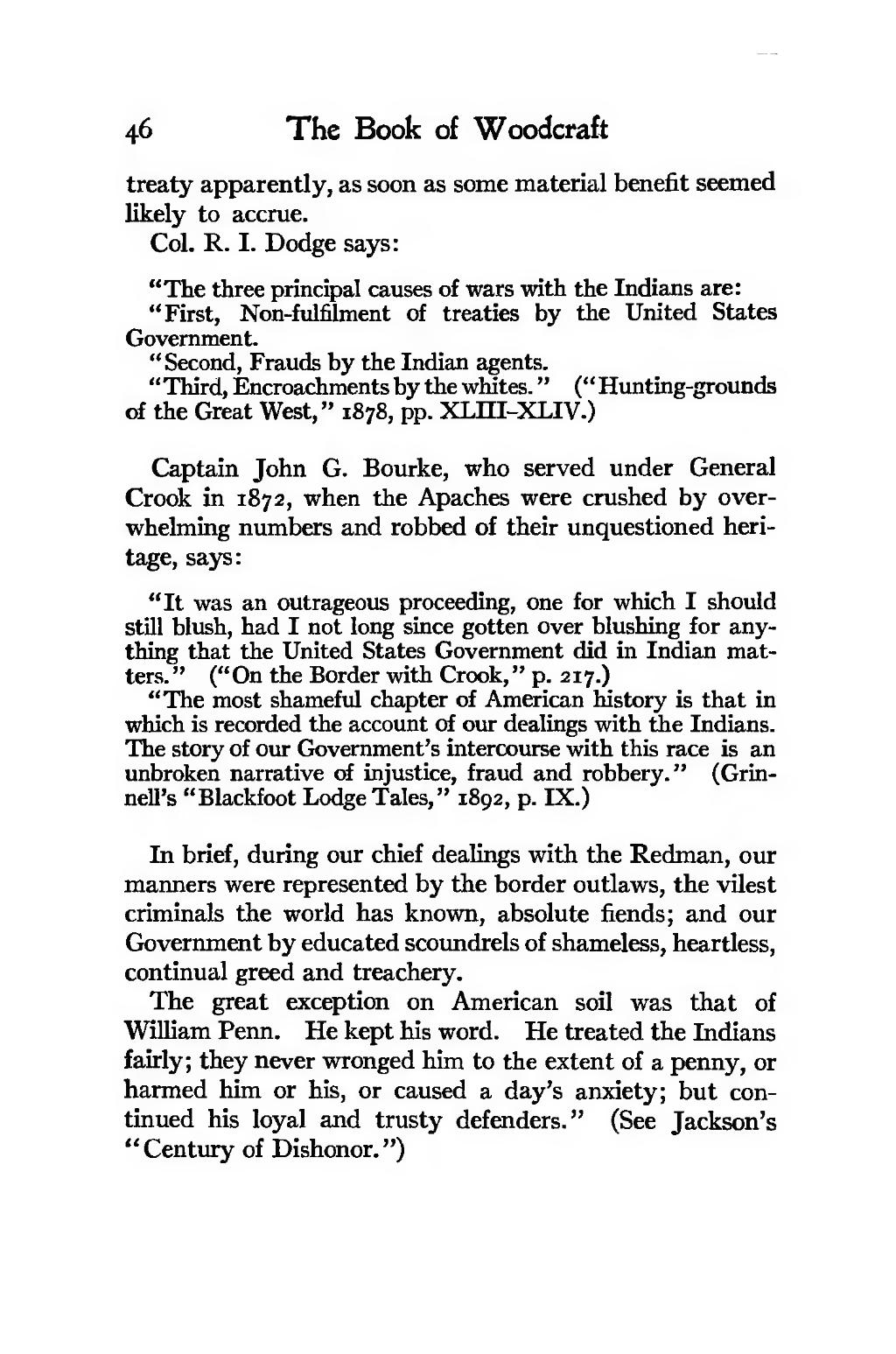