From thewoodcraft.org
Revision as of 00:15, 3 December 2016 by Tuwanakha (talk | contribs) (→‎Nebylo zkontrolováno: Založena nová stránka s textem „Campfire Stories of Indian Qiaracter 547 These were all that remained out of the sixty unaccounted for after the fighting near Fort Robinson, excepting f…“)
(diff) ← Older revision | Latest revision (diff) | Newer revision → (diff)
Jump to navigation Jump to search
Tato stránka nebyla zkontrolována

Campfire Stories of Indian Qiaracter 547 These were all that remained out of the sixty unaccounted for after the fighting near Fort Robinson, excepting five or six bucks, among them Chief Dull Knife, who had been cut off from the main band in the first night's fight and had escaped to the Sioux. And among the Ogallala Sioux thereafter, till he died, dwelt Dull Knife, grim and silent as Sphinx or dumb man; brooding his wrongs; cursing the fate that had denied him the privilege to die fighting with his people; sitting alone daily for hours on the crest of a Wounded Knee bluff rising near his teepee, and gazing longingly across the wide reaches of the Bad Lands to a faint blue line, on the north- western horizon, that marked his old highland home in the Black HiUs. 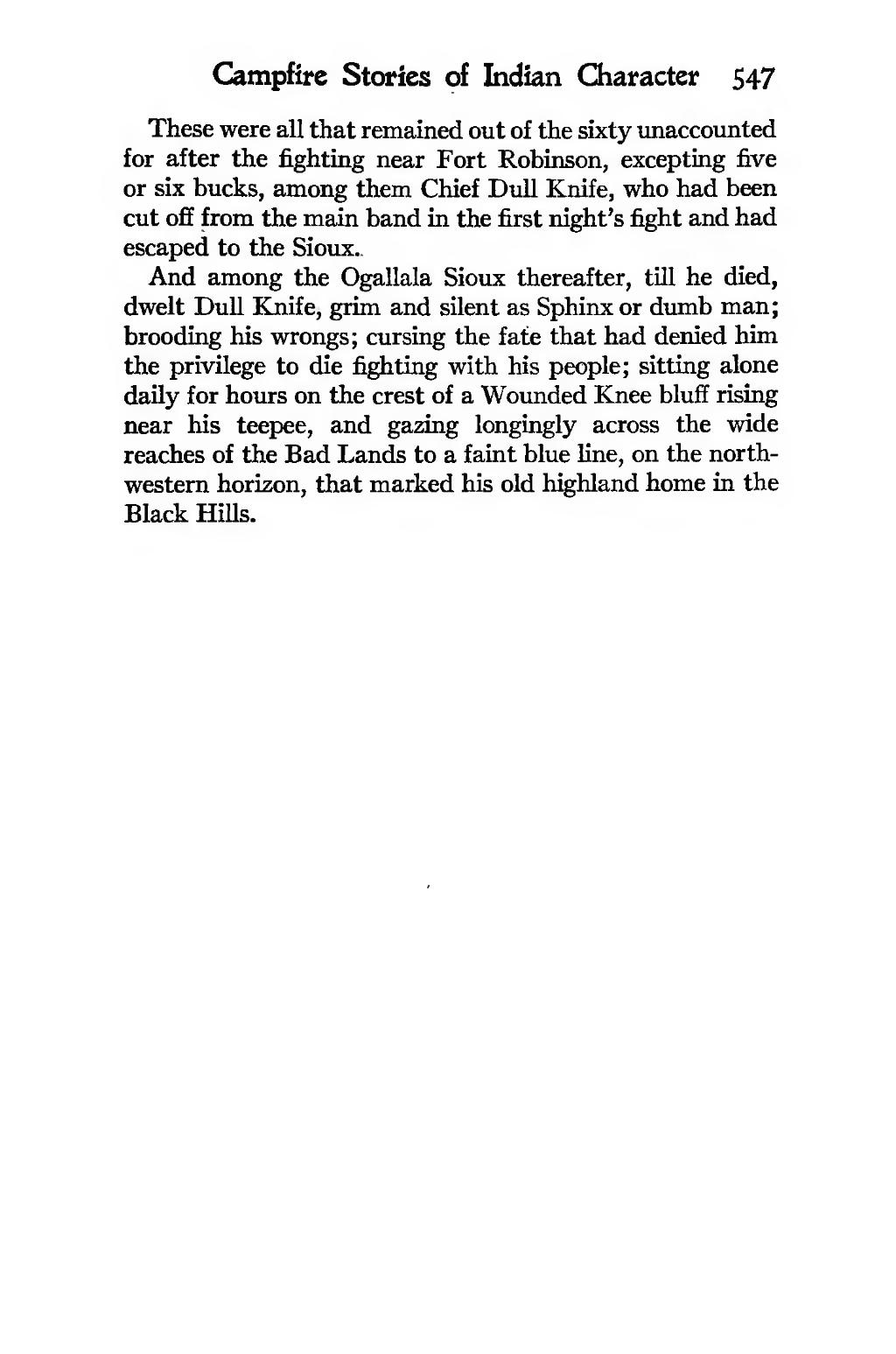