Campfire Stories of Indian Character 5^3 Brown signaled up to Burns to stop pouring down his boulders, and at the same time our men were directed to cease firing and to make ready to charge; the fire of the Apaches had ceased, and their chant of defiance was hushed. There was a feeling in the command as if we were about to rush through the gates of a cemetery, and that we should find a ghastly spectacle within, but, at the same time, it might be that the Apaches had retreated to some recesses in the innermost depths of the cavern, imknown to us, and be prepared to assail all who ventured to cross the wall in front. Precisely at noon we advanced. Corporal Hanlon, of Company G., Fifth Cavalry, being the first man to sur- mount the parapet. I hope that my readers wiU be satis- fied with the meagrest description of the awful sight that met our eyes. There were men and women dead or writhing in the agonies of death, and with them several babies, killed by our glancing buUets, or by the storm of rocks and stones that descended from above. While one portion of the command worked at extricating the bodies from be- neath the pile of debris, another stood guard with cocked revolvers or carbines, ready to blow out the brains of the first wounded savage who might in his desperation attempt to kill one of our people. But this precaution was entirely useless. All the warriors were dead or dying. Thirty-five, if I remember aright, were still living, but in the number are included all who were still breathing; many were already dying, and nearly one half were dead before we started out of that dreadful place. None of the warriors were conscious, except one old man, who serenely awaited the last summons; he had received five or six wounds, and was practically dead when we sprang over the 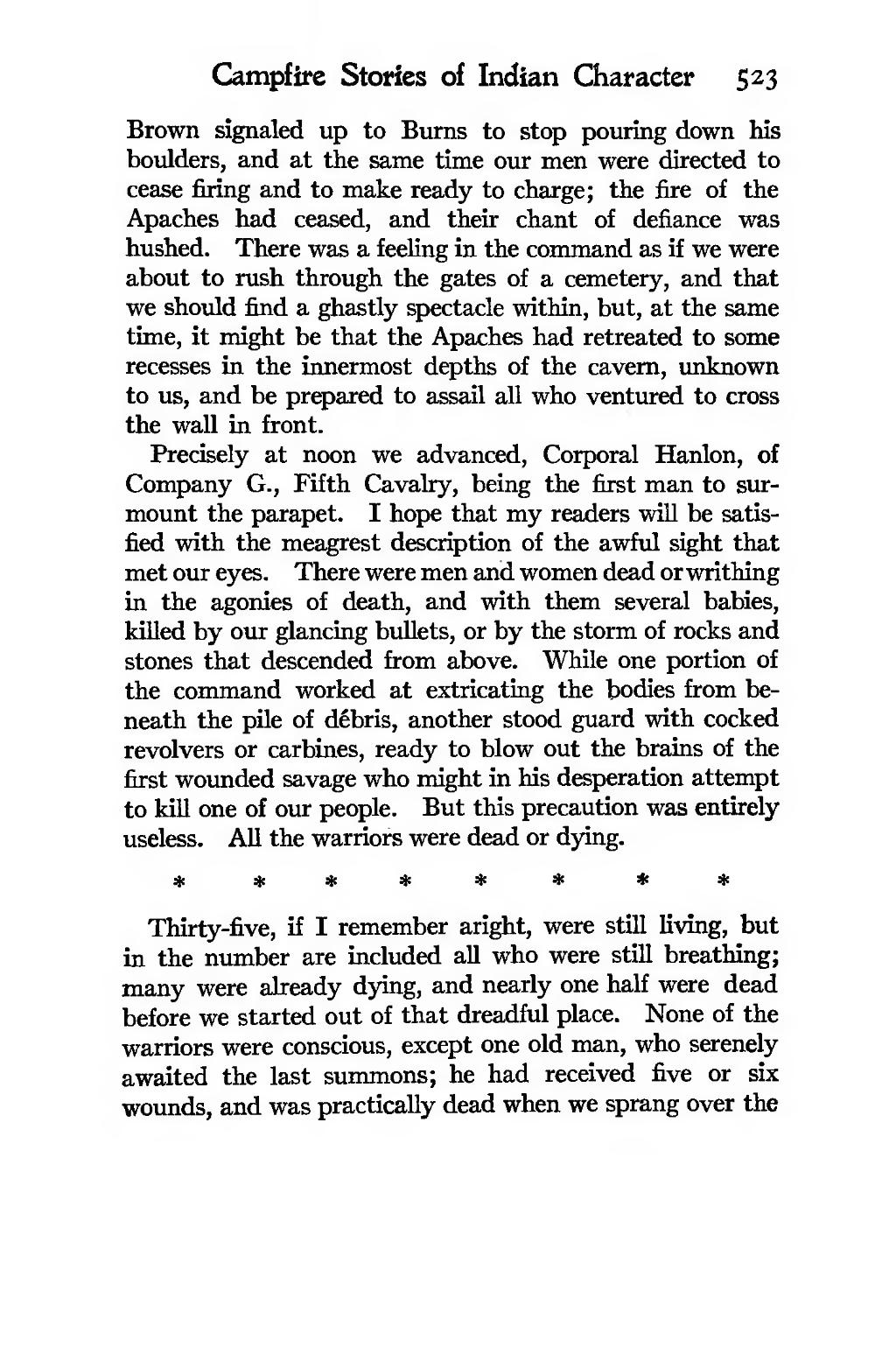