Gimpfire Stories of Indian Qiaracter 521 to have struck, and not less than eight or ten had inflicted mortal wounds. The savages in the cave, with death staring them in the face, did not seem to lose their courage — or shall we say despair? They resumed their chant, and sang with vigor and boldness, until Brown determined that the battle or siege must end. Our two lines were now massed in one, and every of&cer and man told to get ready a package of cartridges; then, as fast as the breech-block of the carbine could be opened and lowered, we were to fire into the mouth of the cave, hoping to inflict the greatest damage by glancing bullets, and then charge in by the entrance on our right flank, back of the rock rampart which had served as the means of exit for the hostiles when they made their attack. The Apaches did not relax their fire, but, from the in- creasing groans of the women, we knew that our shots were telling, either upon the women in the cave, or upon their relatives among the men for whom they were sorrowing. It was exactly like fighting with wild animals in a trap; the Apaches had made up their minds to die, if relief did not reach them from some of the other "rancherias" sup- posed to be close by. Bums and several others went to the crest and leaned over, to see what all the frightful hubub was about. They saw the conflict going on beneath them and in spite of the smoke, could make out that the Apaches were nestling up close to the rock rampart, so as to avoid as much as pos- sible the projectiles which were raining down from the roof of their eyrie home. 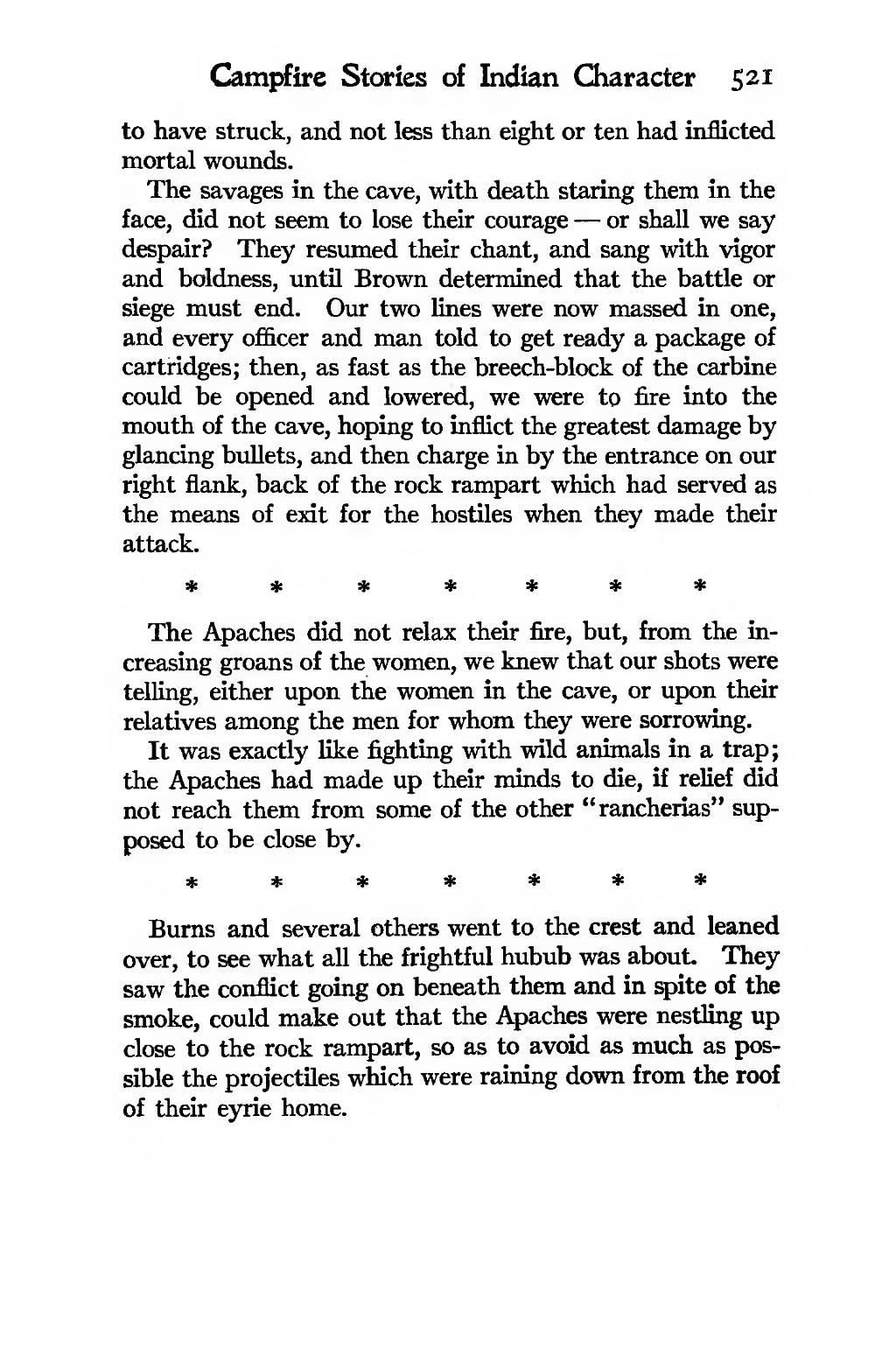