5o8 The Book of Woodcraft north to the Elk River on the south, and their war joume^ys extended south to the country of the Mexicans. More than twenty years ago happened the greatest mis- fortune that ever came to his tribe. The buffalo disap- peared and never returned. From this time forth they were forced to depend on the food given them by the white men, and, in order to receive that food, they were obliged to stay in one place, to confine themselves to that little corner of ground, their reservation. Long before this he had become the chief of his tribe — the father of his people. Already he was putting their welfare before his own, was thinking first of them and of himself last. For it was the duty of a chief to look out for the well- being of his people; to care for the widows and orphans; to make peace between those who quarrel; to give his whole heart and his whole mind to the work of helping his people to be happy. Such were the duties that the old-time chief studied to perform. And since on his example and his precept so much depended, he must be a man who was brave in war, generous in disposition,^liberal in temper, deliberate in making up his mind, and of good judgment. Such men gave themselves to their work with heart and soul, and strove for the welfare of those in their charge with an earnestness and a devotion that perhaps are not equaled by any other rulers of men. And this devotion to his fellows was not without its in- fluence on the man himself; after a time the spirit of good will which animated him began to shine forth in his coun- tenance, so that at length, and as they grew old, such chiefs came to have the beneficent and kindly expression that we may sometimes see on the countenance of an elderly minis- ter of God whose life has been one long, loving sacrifice of self to his Maker and to his fellowmen. And if the face 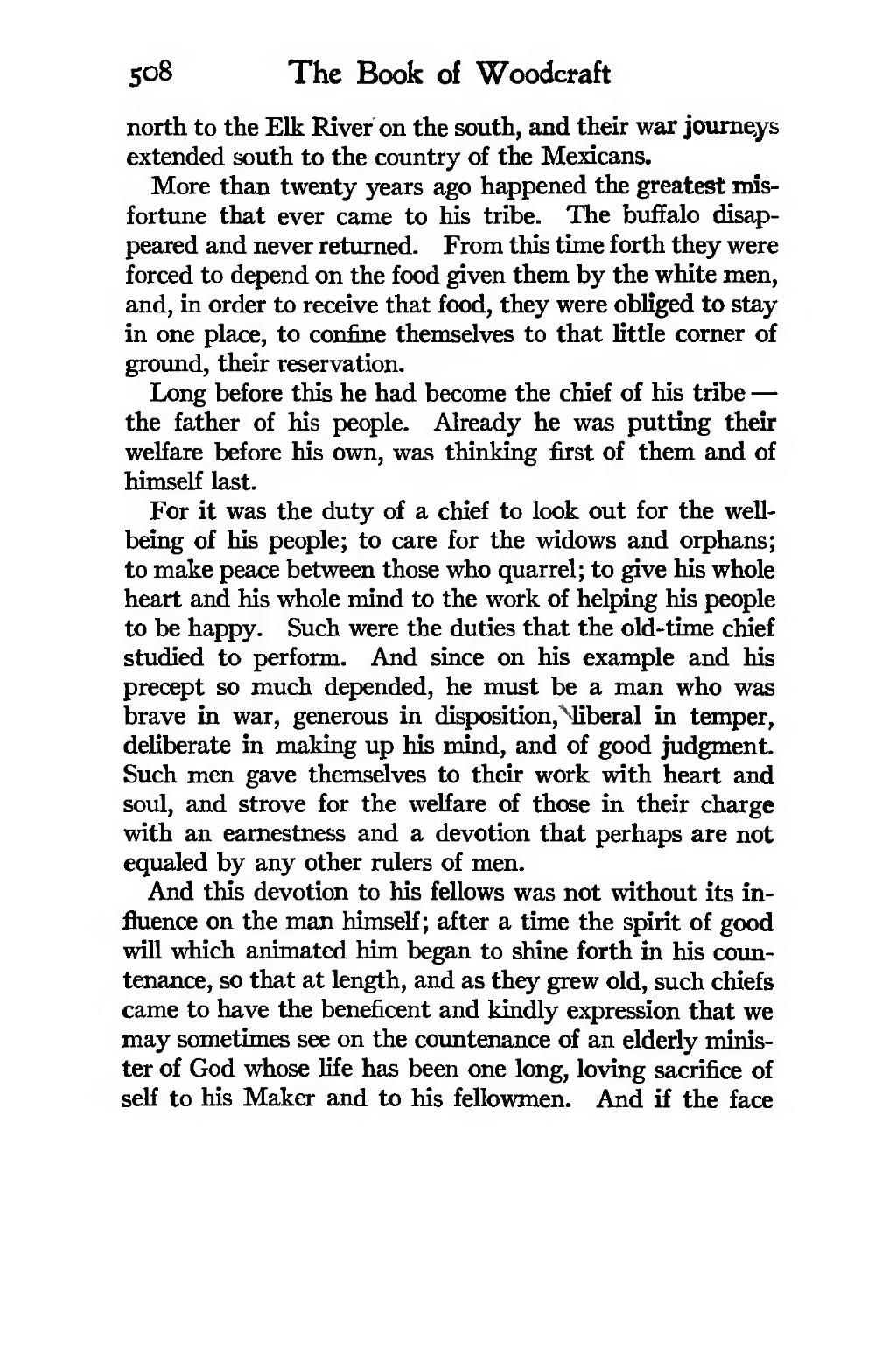