"After killing an enemy, the lower part of the face might be painted black. " (Clark.) Painting was universal among Indians. They did it to beautify themselves and also to protect the skins from the weather. Though we condemn them for the practice, most of our women and a great many of our men do the same thing for the same reason. Zuni eagles 23 Am. Rep. B. A. E. INDIAN DYES The dyes used to stain porcupine quills, spruce roots, and other strong material, of which they made ornaments and utensils, were very numerous, and some of them very beautiful. Red. Soak the roots in the juice of the Squaw-berry — BHtum or Mis-caw-wa. Many other berries give red or purple. Black. Boil the roots, etc., with the bark, branches, and berries of sumac, or the bark and chips of oak and soft maple, with some iron in the pot. Yellow. A beautiful yellow is made by boiling the inner bark of golden or black oak. Or the root of yellowroot or hydrastis. In the Rocky Mountains the yelldw moss »ff pine trees serves. 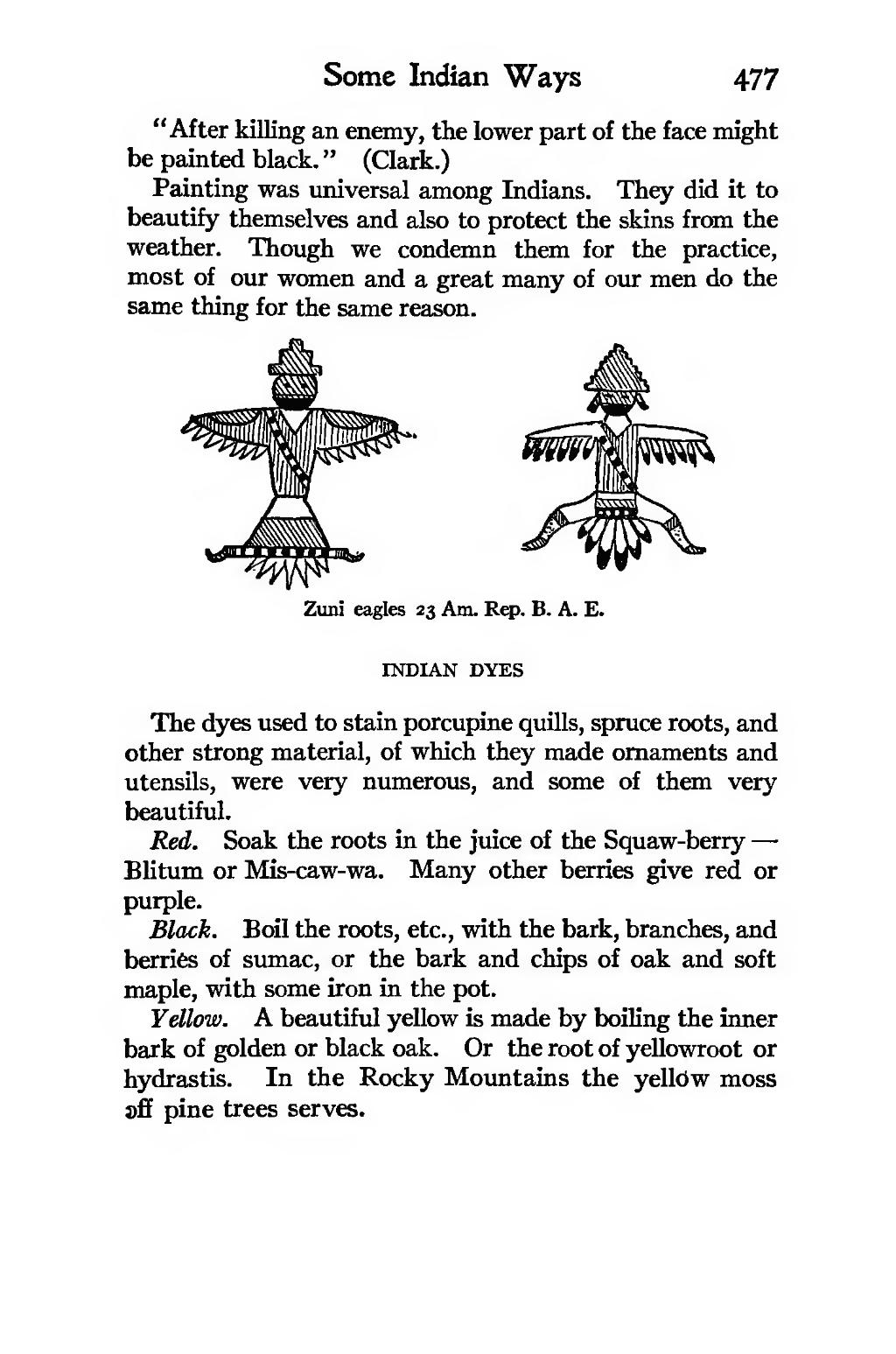