Mushrooms, Fungi or Toadstools 401 at first; stem, woolly pungent. Poisonous to some persons but never deadly. Puckery Panus {Panus stipticus). Cap one half to one inch across, cinnamon color; gills, cinnamon; spores, white; stem, under one inch long, paler than the gills; grows on stumps and in bunches: noted for its extreme acridity; said to be a purgative poison. Sticky Volva (Volvaria gloiocephelus). Cap about three inches across; with a grajdsh bump in the middle, dark opaque brown and sticky and lined at the edge; stem, six or more inches high and one half an inch thick, brownish, a few fibres on outside; gills, reddish; spores, pink; volva or poison cup, downy, splitting into several unequal lobes. Said to be poisonous. The Entolomas or the Fringed Entolomas. There are several of this genus that are poisonous or at least suspici- ous. They are of any size up to six or seven inches high and four or six inches broad, with pink spores and gills and sinuate gills. About twenty species are described and though some are edible they are better let alone, unlike most of the unwhole- some kinds their odor is agreeable. Pie-Shaped Hebeloma. {Hebeloma crustoliniforme). Cap, pale tan, yellow, or brick color, a bump in middle; gills, whitish, then clay color, variable in size; spores, yel- low. Smells strongly and unpleasantly of radish. This completes the list of giUed mushrooms given as imwholesome in Mcllvaine and Macadam. White Clavaria (Clavaria dichotoma). Of all the coral mushrooms this is the only one known to be poisonous. It is not deadly but very unwholesome. It grows on the ground under beeches and is fortunately very rare. It is known by its white color and its branches dividing regu- jiarly by pairs. 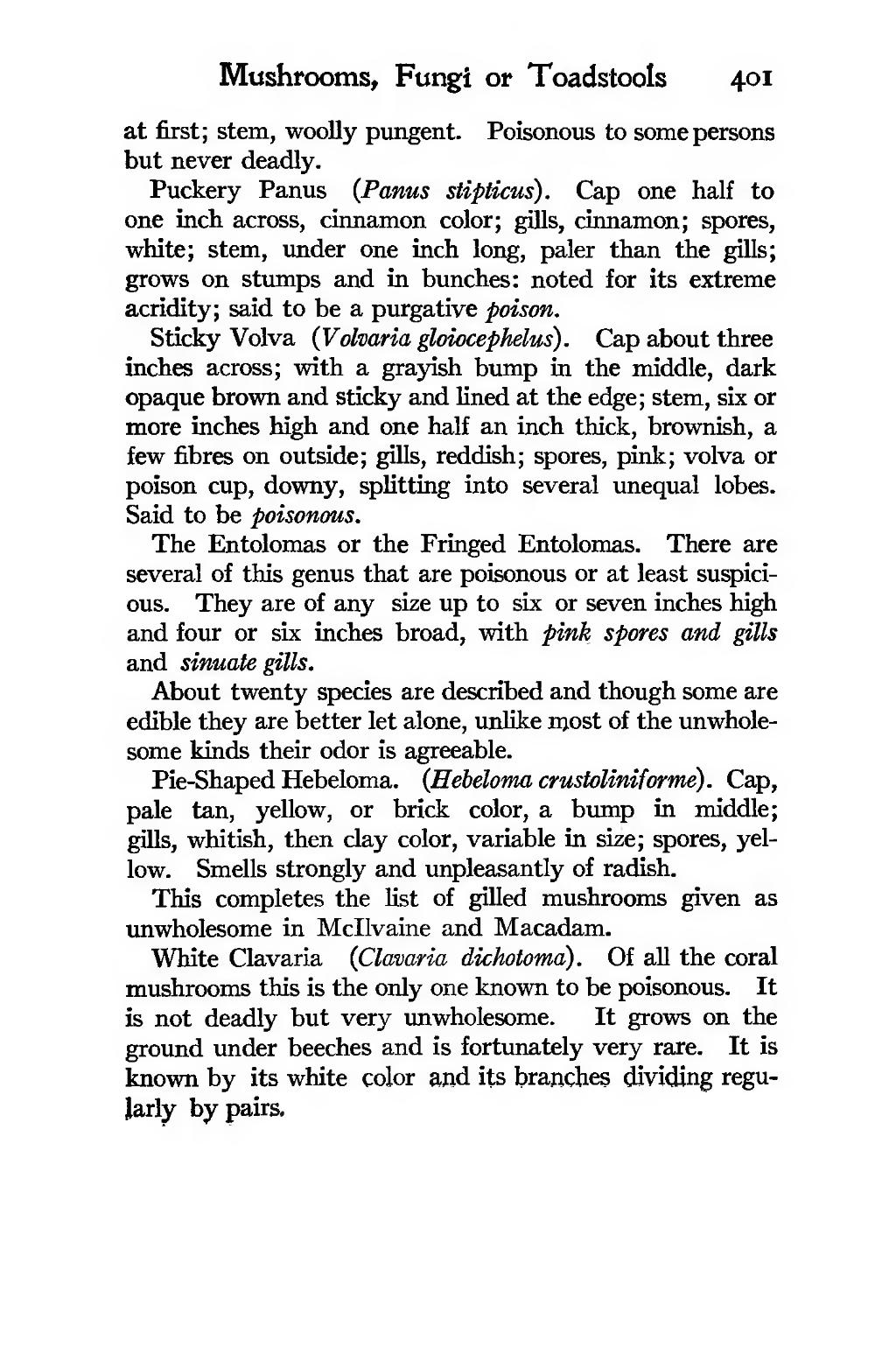