From thewoodcraft.org
Revision as of 21:49, 29 November 2016 by Keny (talk | contribs) (→‎Nebylo zkontrolováno: Založena nová stránka s textem „392 The Book of Woodcraft wholesome food but the deadly Amanitas are like ordinary mushrooms, except that they have grown a little thin, delicate and an…“)
(diff) ← Older revision | Latest revision (diff) | Newer revision → (diff)
Jump to navigation Jump to search
Tato stránka nebyla zkontrolována

392 The Book of Woodcraft wholesome food but the deadly Amanitas are like ordinary mushrooms, except that they have grown a little thin, delicate and anaemic. DANGERS The New York papers have told of over twenty deaths this August (191 1) through toadstool poisoning. The explanation possibly hes in a recorded conversation that took place between a field naturalist and a little Italian who was indiscriminatingly collecting toadstools. "You are not going to eat those toadstools, I hope? " "No! me no eata de toad. My mudder she eata de toad and die; me no eata de toad; me sella de toad." All American boys are brought up with a horror of toad- stools that compares only with their horror of snakes and it is perhaps as well. I do not want to send our boys out heedlessly to gather toadstools for the table, but I want to safeguard those who are interested by laying down one or two general rules. This is the classification of toadstools that naturally occurs to the woodcrafter: Which are eatable and Which are not. Those which are not fit for food, may be so, first, because

The great fact that every boy should know is which are the poisonous toadstools. Mark Twain is credited with suggesting a sure test: "Eat them. If you live they are good, if you die they are poisonous." This is an example of a method that can be conclusive, without being satis- factory. What way can we suggest for general use? First, remember that there is nothing at all in the popular idea that poisonous mushrooms turn silver black. 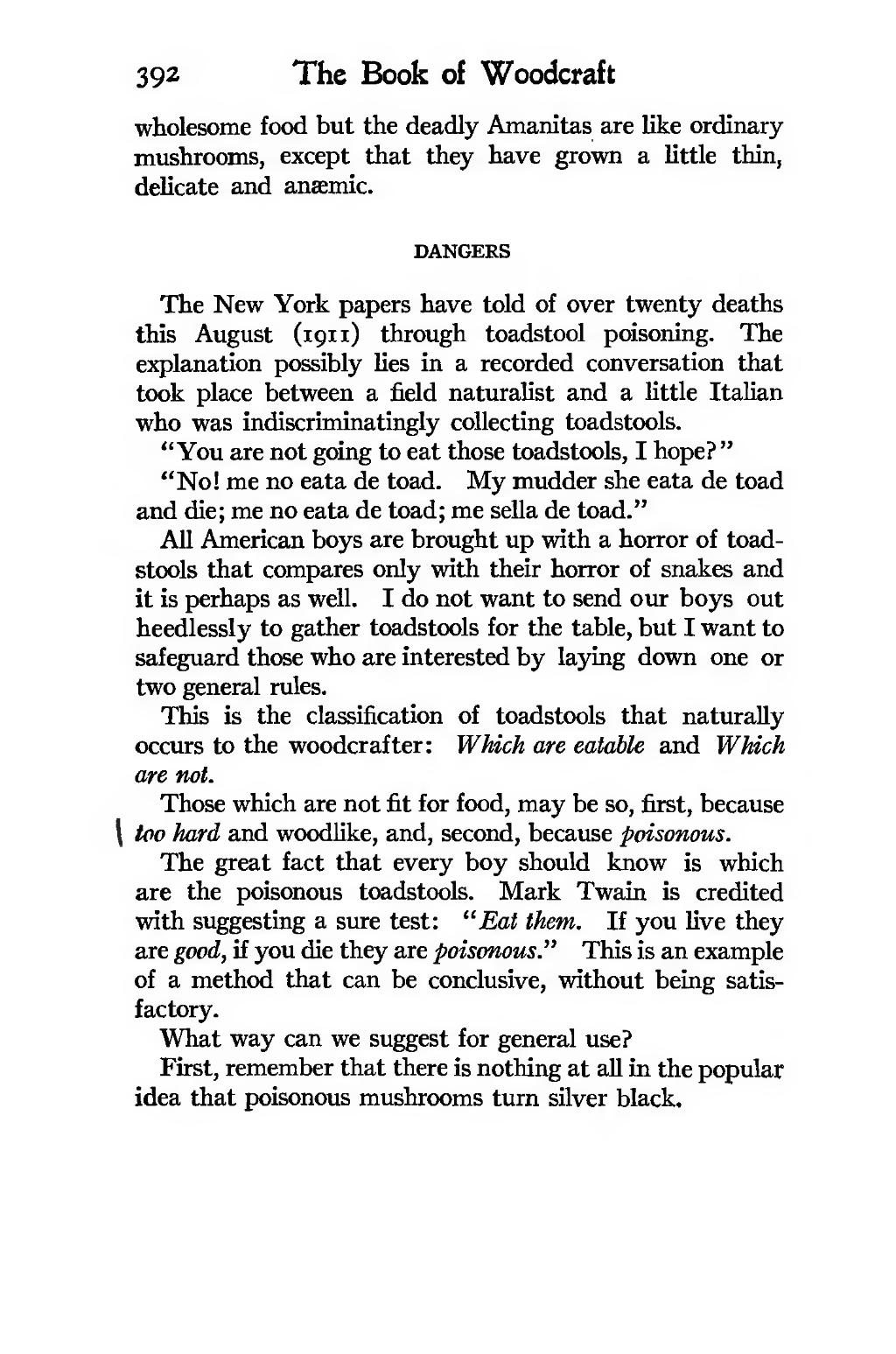