Natural History 377 RABBITS AND HARES America is well provided with rabbits and hares. A score or more of species are now recognized, and two very well-known types are the cottontail of the woods and the jack-rabbit of the plains. The cottontail is much like an English rabbit, but it is a little smaller, has shorter ears, and the whole under part of the tail is glorified into a fluffy, snowy powder-puff. It leads the life of a hare, not making burrows, but entering burrows at times under the stress of danger. The "track of a New England cottontail is given in Illustration 4. As the cottontail boimds, the hind feet track ahead of the front feet, and the faster he goes the faster ahead his hind feet get. This is true of all quadrupeds that bound, but is more obvious in the rabbits, because the fore and hind feet differ so much in size. The jack-rabbit of Kansas is the best known of the long-eared jacks. His trail, compared with that of the cottontail, would be as in Illustrations 5 and 6. The greater size of the marks and the double length of the bounds are the obvious but not important differ- ences, because a young jack would come down to the cottontail standard. The two reliable differences I found are: First, the jack's feet are rarely paired when he is bbunding at full speed, while the cottontail pairs his hind feet but not his front ones. (Animals which cUmb usually pair their front feet in ruiming, just as tree-birds hop when on the ground.) Second, the stroke that is shown (x in Illustration 5) is diagnostic of the southern jack-rabbit; it is the mark made by the long hanging tail. Each of the four types of hare common in the temperate 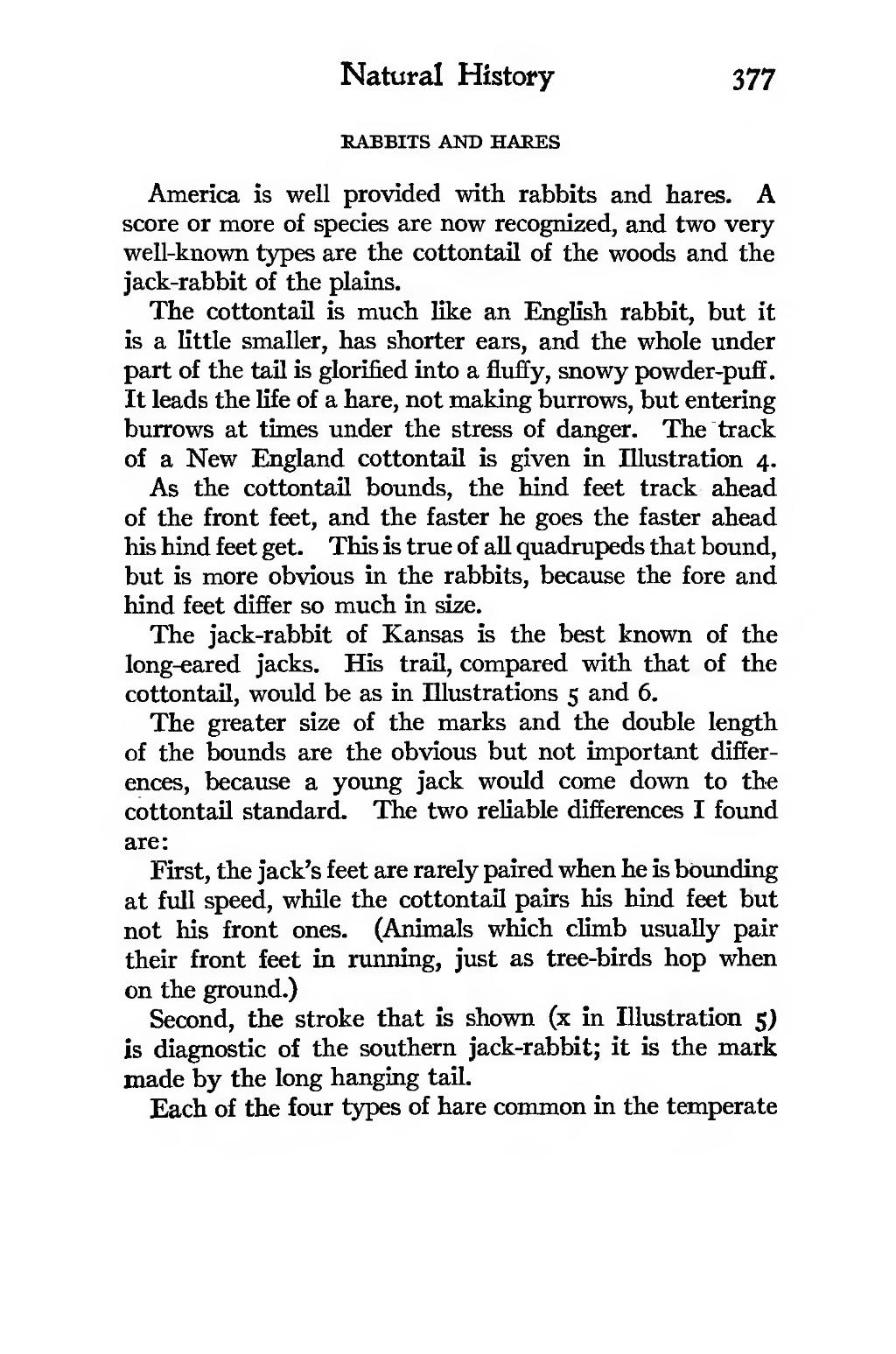