From thewoodcraft.org
Revision as of 21:54, 29 November 2016 by Keny (talk | contribs) (→‎Nebylo zkontrolováno: Založena nová stránka s textem „Signaling and Indian Signs 22g "Yes, and when he means 'come on,' what does he do?" "He beckons this way." "And how does he say 'go left, go right, go b…“)
(diff) ← Older revision | Latest revision (diff) | Newer revision → (diff)
Jump to navigation Jump to search
Tato stránka nebyla zkontrolována

Signaling and Indian Signs 22g "Yes, and when he means 'come on,' what does he do?" "He beckons this way." "And how does he say 'go left, go right, go back, come, hurry up, you get out?' " Each of these signs I found was well known to the boy. The girls are equally adept and equally unconscious of it. One very shy little miss — so shy that she dared not speak — furnished a good illustration of this: "Do you use the Sign Language in your school? " I asked. She shook her head. "Do you learn any language but English?" She nodded. "What is the use of learning any other than English?" She raised her right shoulder in the faintest possible shrug. "Now," was my reply, "don't you see you have already given me three signs of the Sign Language, which you said you did not use?" After collecting popular signs for several years I found that I had about one hundred and fifty that are in estab- lished use in the schools of New York City. Here are some of the better known. Each boy will probably find that he has known and used them all his schooldays: You (pointing at the person); Me (pointing at one's self); Yes (nod); No (head shake); Go (move hand forward, pahn first); Come (draw hand toward one's self, palm in) ; Hurry (same, but the hand quickly and energetically moved several times); Come for a moment (hand held out back down, fingers closed except first, which is hooked and straightened quickly several times); 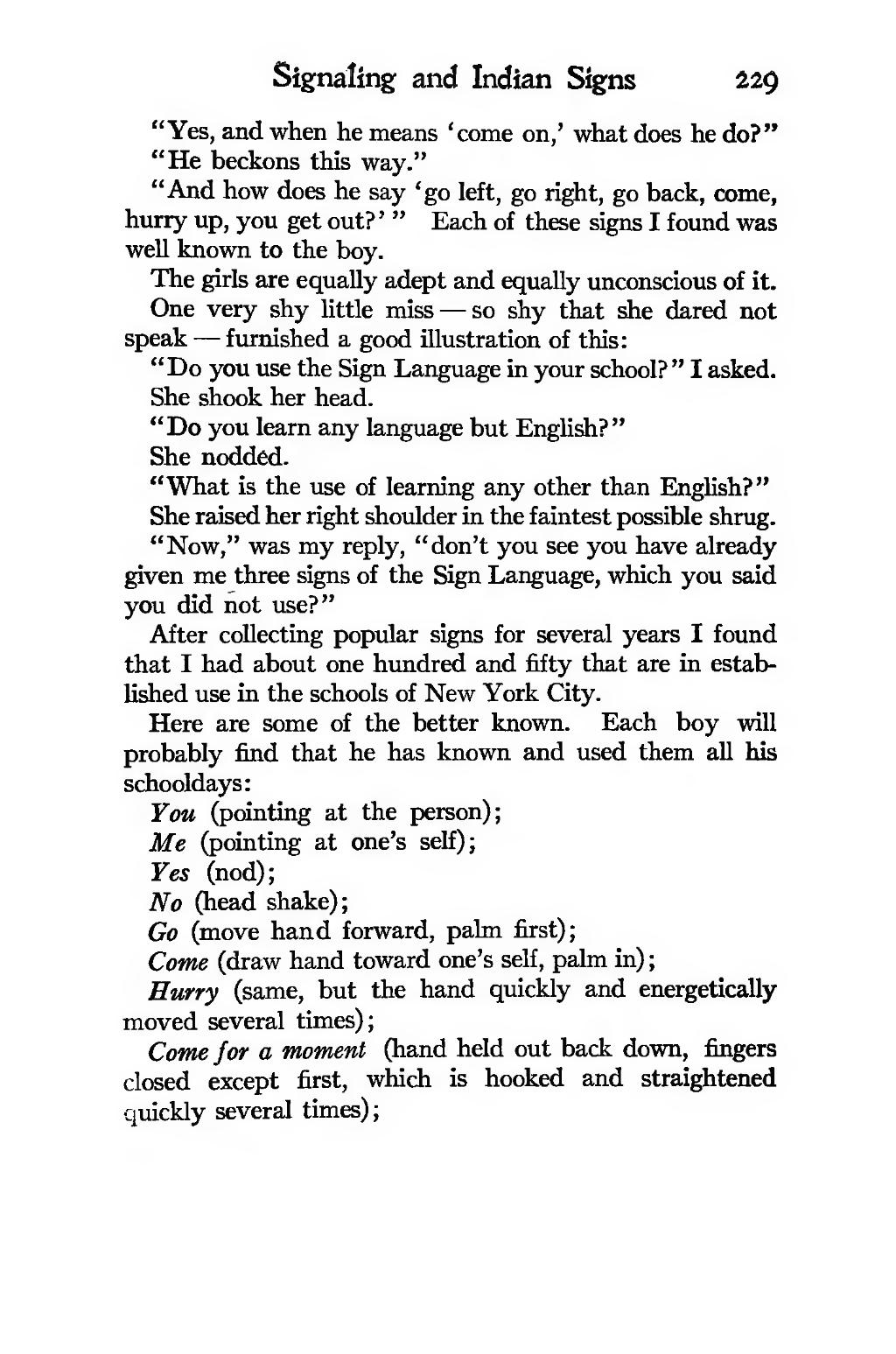