This beautiful insect lays its eggs and raises its young on nettles, and where nettles are, there is the Red Admiral also. And that means over nearly all the world! Its caterpillar is not very well protected with bristles, not at all when compared with the Woolly-bear, but it lives in the nettles, and, whether they like it or not, the hospitable nettles with their stings protect the caterpillar. The crawler may be grateful, but he shows it in a poor way, for he turns on the faithful nettle, and eats it up. In fact the only food he cares about is nettle-salad, and he indulges in it several times a day, yes all day long, eating, growing and bursting his skin a number of times, till he is big enough to hang himself up for the winter, probably in a nettle. Then next spring he comes forth, in the full dress uniform of a Red Admiral, gold lace, red sash, silver braid and all.

4th. The last of the four is the Tiger Swallowtail. You are sure to see it some day — the big yellow butterfly that is striped like a tiger, with peacock's feathers in its train, and two long prongs, like a swallow-tail, to finish off with. It is found in nearly all parts of the Eastern States and Canada. I saw great flocks of them on the Slave River of the North.

It is remarkable in that there are both blondes and brunettes among its ladies. The one shown in the drawing is a blonde. The brunettes are so much darker as to be nearly black; and so different that at one time everyone thought they were of a different kind altogether.

The lovely lo Moth is one that you will see early, and never forget, for it is common, and ranges over all the ..text continues 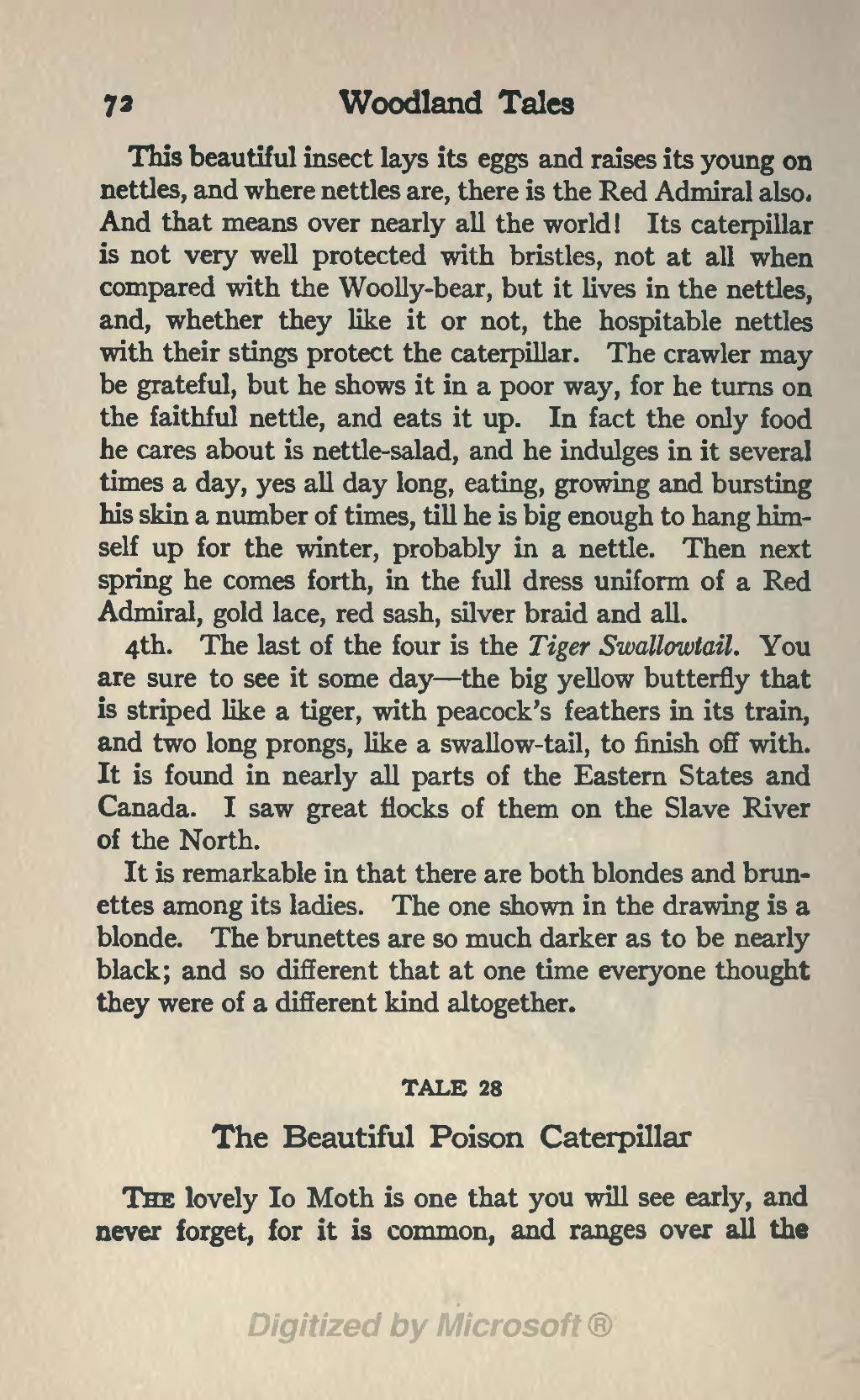