results, for there is a law in Brownie land, that wherever one oi the little people stops to sit down, or rest, a toadstool must spring up for him to sit on. So the track of the Brownie up the trunk became one long staircase of toadstool steps, some close, some far apart, but each showing where the Brownie had rested. They came closer together toward the top where the Brownie had got tired, but he was coming very near to the Creeper now. He got his pinch of salt all ready, as his friends down below kept calling and jeering: "Now you've got him, now is your chance." But just as he was going to leap forward and drop the salt on its tail, the Creeper gave a tiny Uttle laugh like "Tee-tee-tee", spread its wings, for it could fly very well, and sailed away to the bottom of the next tree to do the spiral staircase all over again, while Smarty Brownie was so mad that he jumped to the groimd and hid away from his friends for two days. When he came back he did not talk quite so much as he used to. But to this day you can see the staircase of toadstools on the tree trunks where the Brownie went up.

The Pot-herb that Sailed with the Pilgrims

"Come," said the Guide, "to-day I am going to show you a Pot-herb that came from England with the Pilgrim Fathers and spread over the whole of America. There is a story about it that will keep it ever in your memory."

The Pilgrims had landed in Massachusetts, and slowly made farms for themselves as they cleared off the forest. They had a very hard time at first, but the Indians helped them; sometimes with gifts of venison, and sometimes by showing them which things in the woods were good to eat. There was a Squaw named Monapini, "the Root-digger," ..text continues 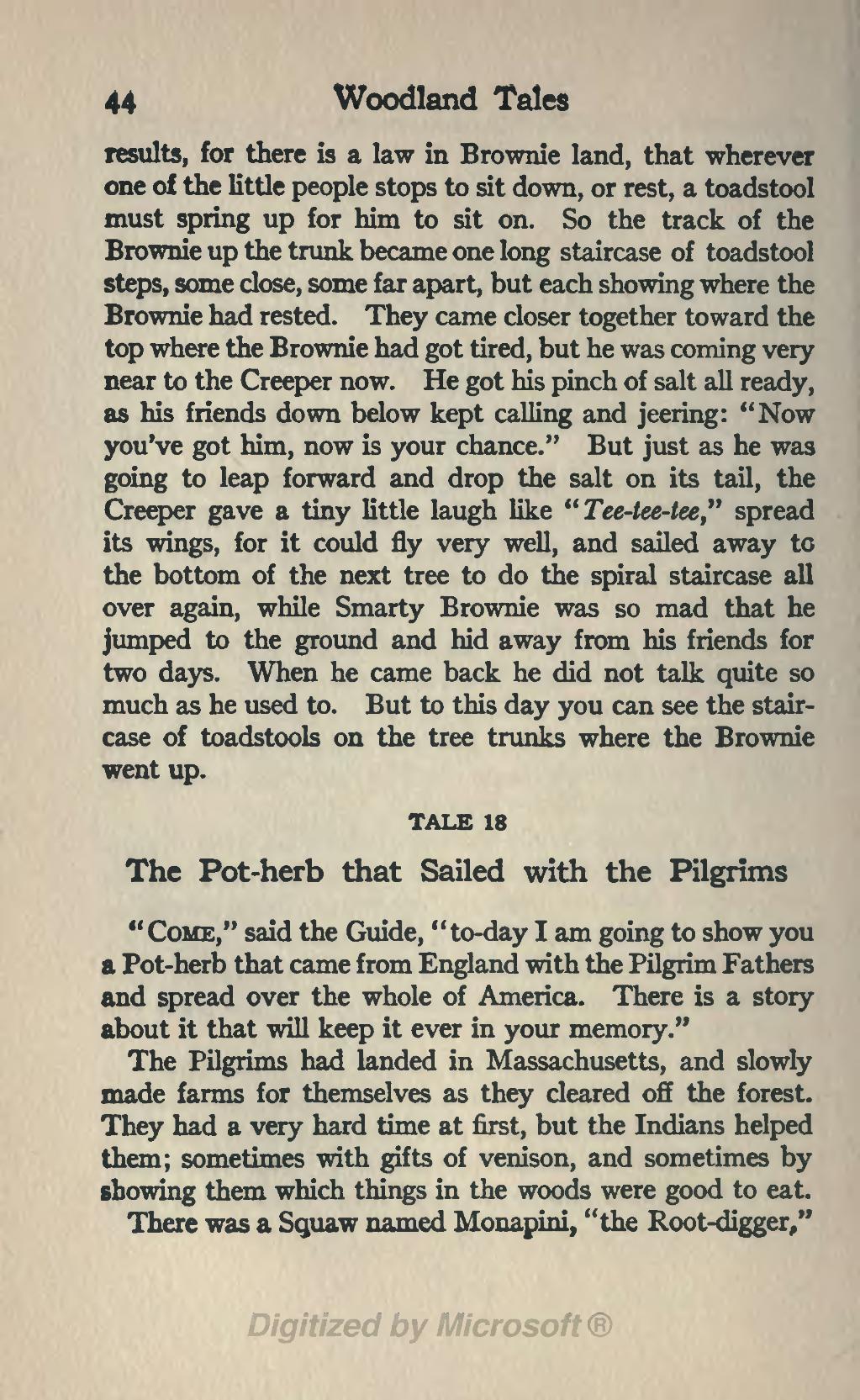