Things to See in Summertime

How the Mouse-bird Made Fun of the Brownie

ONCE there was a conceited Brownie, who thought he could do more things and do them better than any other of his people. He had not tried yet, for he was very young, but he said he was going to do them some day!

One morning a sly old Brownie, really making fun of him, said: "Why don't you catch that Phoebe-bird? It is quite easy if you put a httle salt on his tail." Away went Smarty Brownie to try. But the Phoebe would not sit still, and the Brownie came back saying: "He bobbed his tail so, the salt would not stay on."

"Well," said the sly old Brownie, "there is a little Mouse-bird whose tail never bobs. You can easily catch him, for you see, he does not even fly, but crawls like a mouse up the tree," and he pointed to a little brown Creeper. By this time the young Brownie knew that the others were laughing at him, so he said rather hotly, "I'll just show you right now."

He took an acorn cup full of salt, and went after the Mouse-bird. It was at the bottom of the big tree, creeping up, round and round, as if on a spiral staircase, and the Brownie began to climb in the same way. But every little while the climber had to stop and rest. This had strange ..text continues 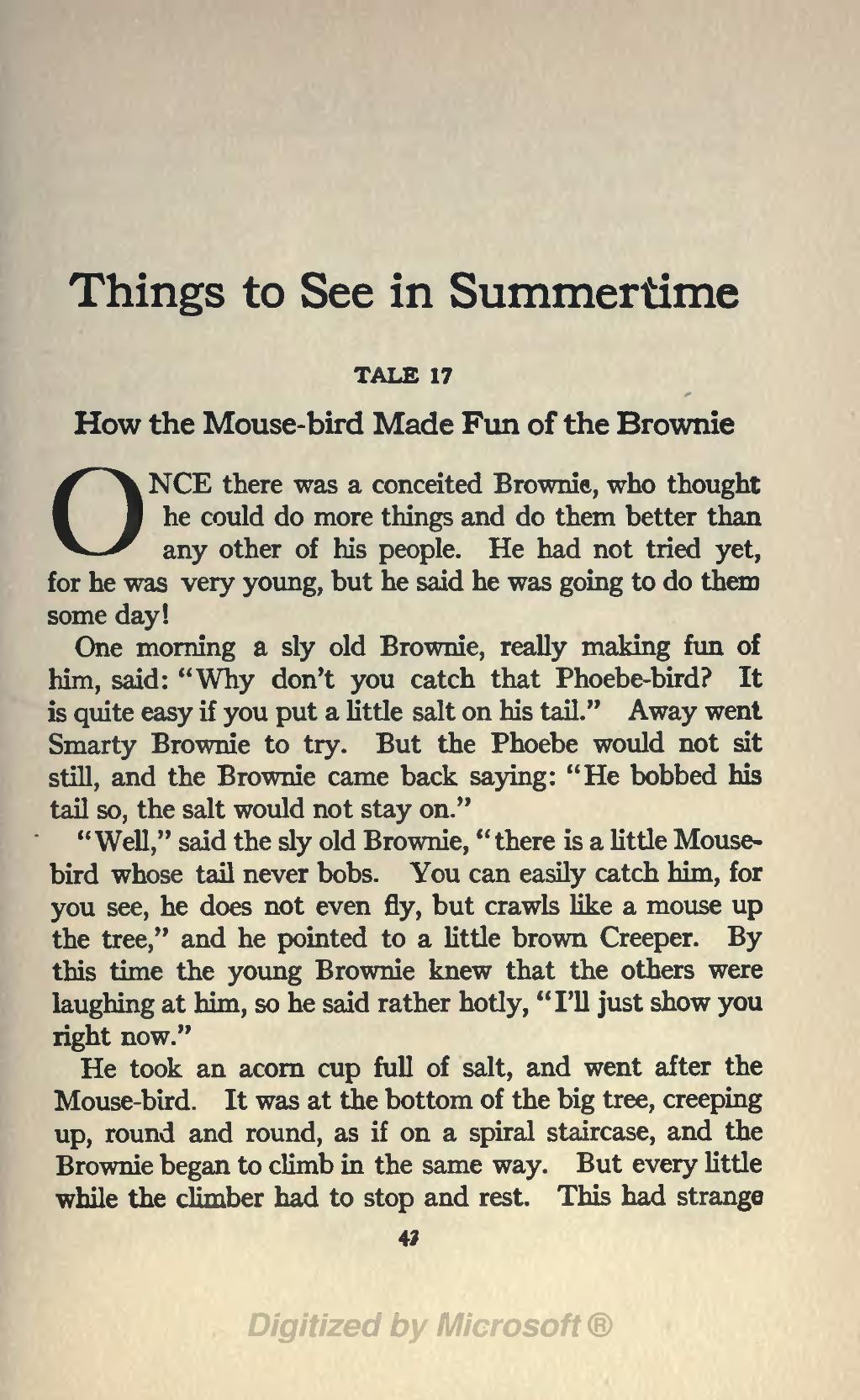