goblin, who does hard work and said, "Go and see that no one has harmed that plant," then told him how to find it.

Away went the good goblin, Hke a flash. He was a very obedient servant, but not very bright; and when he came to the woods, he looked all around for the plant with the chime of bells, for King Solomon had forgotten to say that the bells do not ring after June, and it was now July. So the goblin looked about for a long time. He did not dare to go back and say he could not find it — that would have been a terrible crime, so he looked and looked. At last he heard a Uttle tinkle of bells away off in the woods. He flew to the place, and there was a plant like the one he sought but its bells were of silver, and all in a bunch instead of a long string. The good goblin dug down to the big fat root in the ground and found that the seal marks had grown over — at least he thought they had — for they were nowhere to be seen. So he looked around for something to help. His eye fell on an acorn cup. He took this, and using it for a seal, he stamped the root all over.

Then he took a piece of the root and a sprig and flew back to show the King. Solomon smiled and said: "You did the best you could, but you have marked the wrong root. Listen! This is not the golden chime, but the chime of silver bells."

That is the story of it and that is why it has ever since been called the False Solomon Seal. 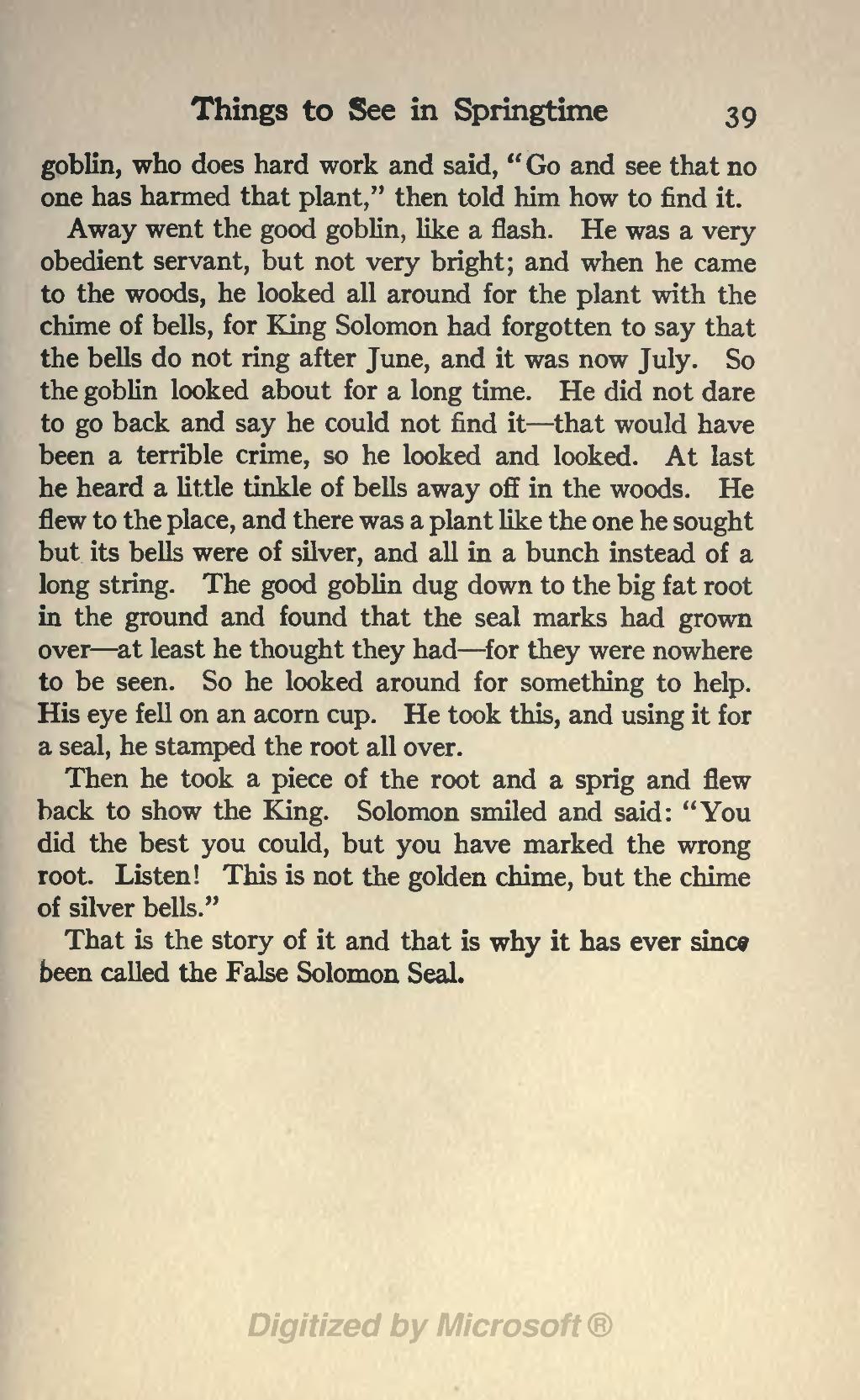