The great King sat down on a bank. His fayland eyes could see right into the ground. He saw the fat fleshy root like a Httle goblin, reaching its long white fingers down into the soil, picking out the magic crystals to pack away in its pockets; and he could see the tall stem like a wood-elf carrying them up, and spreading them upon its flat hands, so they could soak up the juices of the sun and air. He could see them turning into a wonderful stuff like amber dew, with a tang like new-cut timber. But it was not yet done, so he could not tell just what it might be good for. Now it was springtime, and it would be harvest red moon before the little worker would have the magic healing stored in its treasure bags underground. So to prevent any one harming or hindering the plant till its work was done, the King took out his seal ring and stamped seal marks all along the root, where they are unto this day. And then to make it sure he made the golden bell chimes become visible so every one could see them. There they hang like a row of ringing bells.

But the ELing never came back to learn the rest of it, for he had to build the temple; and he had many wives who took up a great deal of his time. So the world has never found out just what is the magic power of the plant. But it is there, be sure of that, just as surely as the peal of golden bells is there, and the marks of the great King's Seal.

The Silver Bells of the False Solomon Seal

Over a month later, the King suddenly remembered that he had not been out to seethe plant whose root he had sealed. He was very busy at the time, as he had the temple to build, and many wives to look after; so he called Djin, a good ..text continues 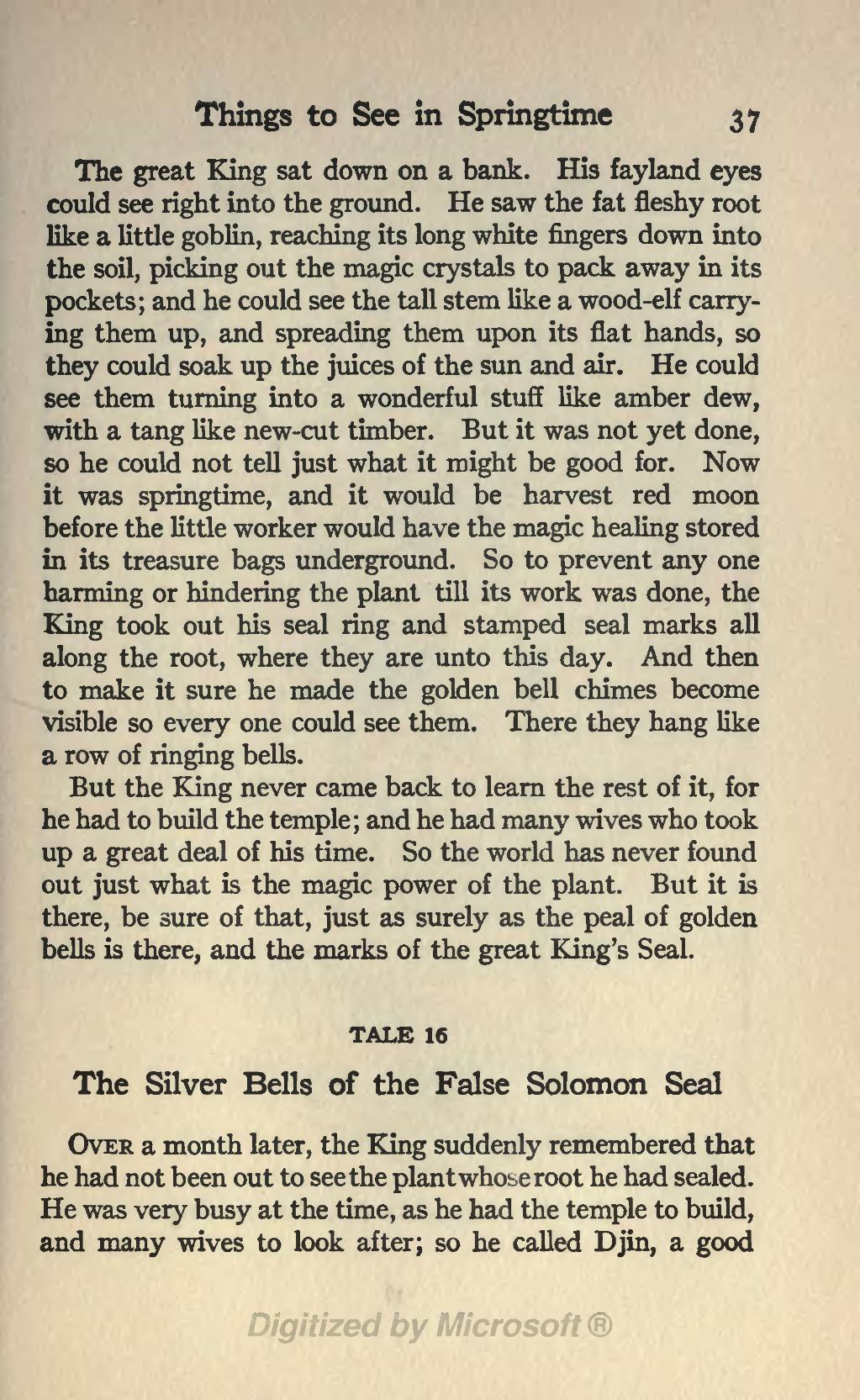