get a Robin's nest after the bird is done with it; dry it well, put it on the fire very gently; leave it till all the straws are burned away, and then if it does not go to pieces, you will find you have a pretty good earthen pot.

The Robin loves to make these pots. I have known a cock Robin make several wliich he did not need, just for the fun of making them.

A friend of mine said to me once, "Come, and I will show you the nest of a crazy Robin." We went to the woodshed and there on a beam were six perfectly good Robin nests all in a row; all of them empty.

"There," said my friend. " All of these six were built by a cock Robin in about ten days or two weeks. He seemed to do nothing but sing and build nests. Then after finishing the last one, he disappeared. Wasn't he crazy?"

"No," I said, "not at all. He was not crazy; he was industrious. Let me finish the chapter. The hen Robin was sitting on the eggs, the cock bird had nothing else to do, so he put in the time at the two things he did the best and loved the most: singing and nest-building. Then after the young were hatched in the home nest, he had plenty to do caring for them, so he ceased both building and singing, for that season."

I have often heard of such things. Indeed, they are rather common, but not often noticed, because the Robin does not often build all the extra nests in one place.

Do you know the lovely shade called Robin's-egg blue? The next time you see a Robin's nest with eggs in it you will understand why it was so named and feel for a moment, when first you see it, that you have found a casket full of most exquisite jewels.

Next to nest-building, singing is the Robin's gift, and the songs that he sings are full of joy. He says, "cheerup, cheerup, cheerily cheer-up"; and he means it too. 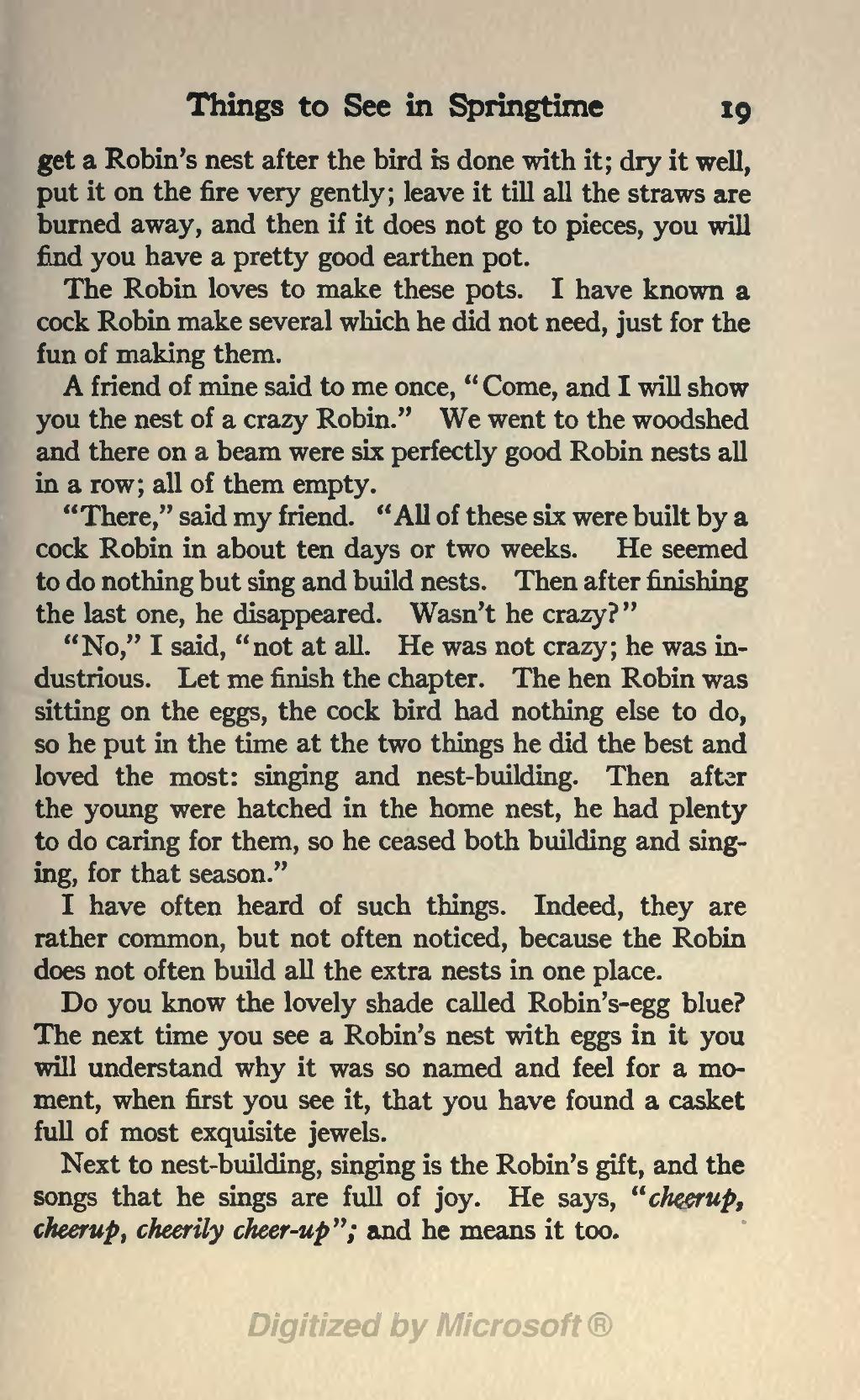