But the sunny woodside had become very pleasant, food was abundant, and the little white lady said, “Why should we go north when it is so much nicer right here?”

The Dawnsinger felt the same way, and the next time the warning came, “White birds go north”, he would not listen at all, and they settled down to a joyful life in the woods.

Dawnsinger was high on a tree, praising the light in a glorious song, that he had just made up, when It singled him out by his whiteness, and pierced him through.

He fell fluttering and dying; and as she flew to him, with a cry of distress, the Yellow-eyed wicked Whizz struck hes down by his side.

The Chewinks scratched leaves over the two white bodies, and — I think — that Mother Carey dropped a tear on the place.

That was the end of the White Dawnsinger and his bride. Yet every year, at that same place, as the snow goes, the brown leaves move and part, and up from beneath there comes a beautiful white flower.

Its bloom threads are yellow like the Dawnsinger’s beak, and its stem is ruby like his legs; all the rest is snow-white like his plumes. It rises, looks about, faces the sun, and sings a little odour-song, a little aroma-lay. If you look deep down into the open soul of the Dawnsinger you will see the little golden thoughts he sings about. Then up from the same grave comes another, just the same, but a little smaller, and for a while they stand up side by side, and ..text continues 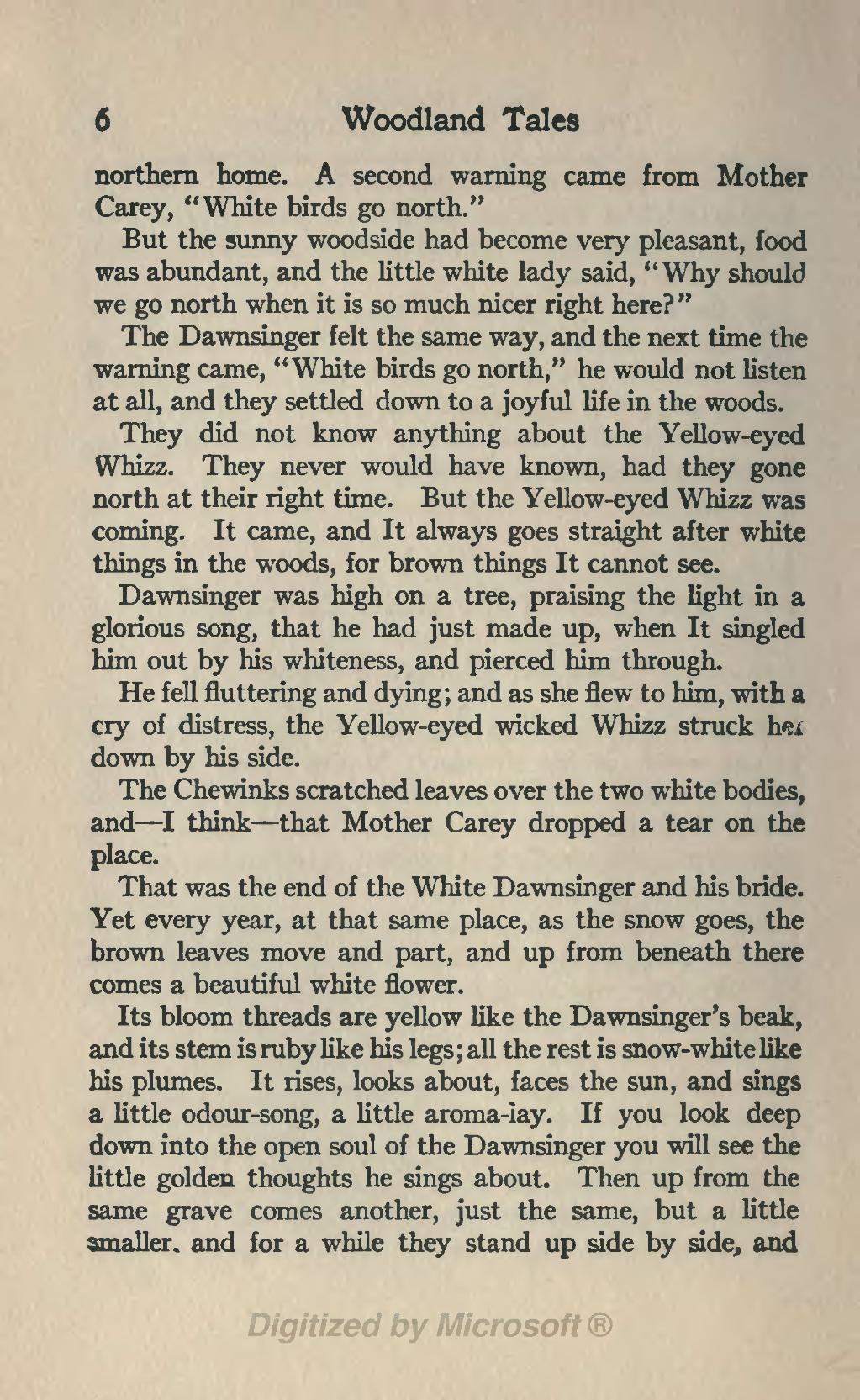