… tears dropped from his eyes, and burned its leaves into a blotched and brownish colour. He remembered, and understood her promise now. He knew that this was their blue-eyed little one.

In the early springtime we can see it. Three sunny days on the edge of the snowdrift will bring it forth. The hunterfolk who find it, say that it is just one of the spring flowers, out earlier than any other, and is called Liverleaf, but we Woodcrafters know better. We know it is Hepatica, the child of El Sol and Snowroba.

The Story of the White Dawnsinger or How the Bloodroot Came

Have you noticed that there are no snow-white birds in our woods during summer? Mother Carey long ago made it a rule that all snow-white landbirds should go north, when the snow was gone in the springtime. And they were quite obedient; they flew, keeping just on the south edge of the melting snow.

But it so happened that one of the sweetest singers of all — the snow-white Dawnsinger with the golden bill and the ruby legs — was flying northward with his bride, when she sprained her wing so she could not fly at all.

There was no other help for it; they must stay in that thicket till her wing grew strong again.

The other white birds flew on, but the Dawnsinger waited. He sang his merriest songs to cheer her. He brought her food: and he warned her when enemies were near.

A moon had come and gone. Now she was well again, and strong on the wing. He was anxious to go on to their ..text continues 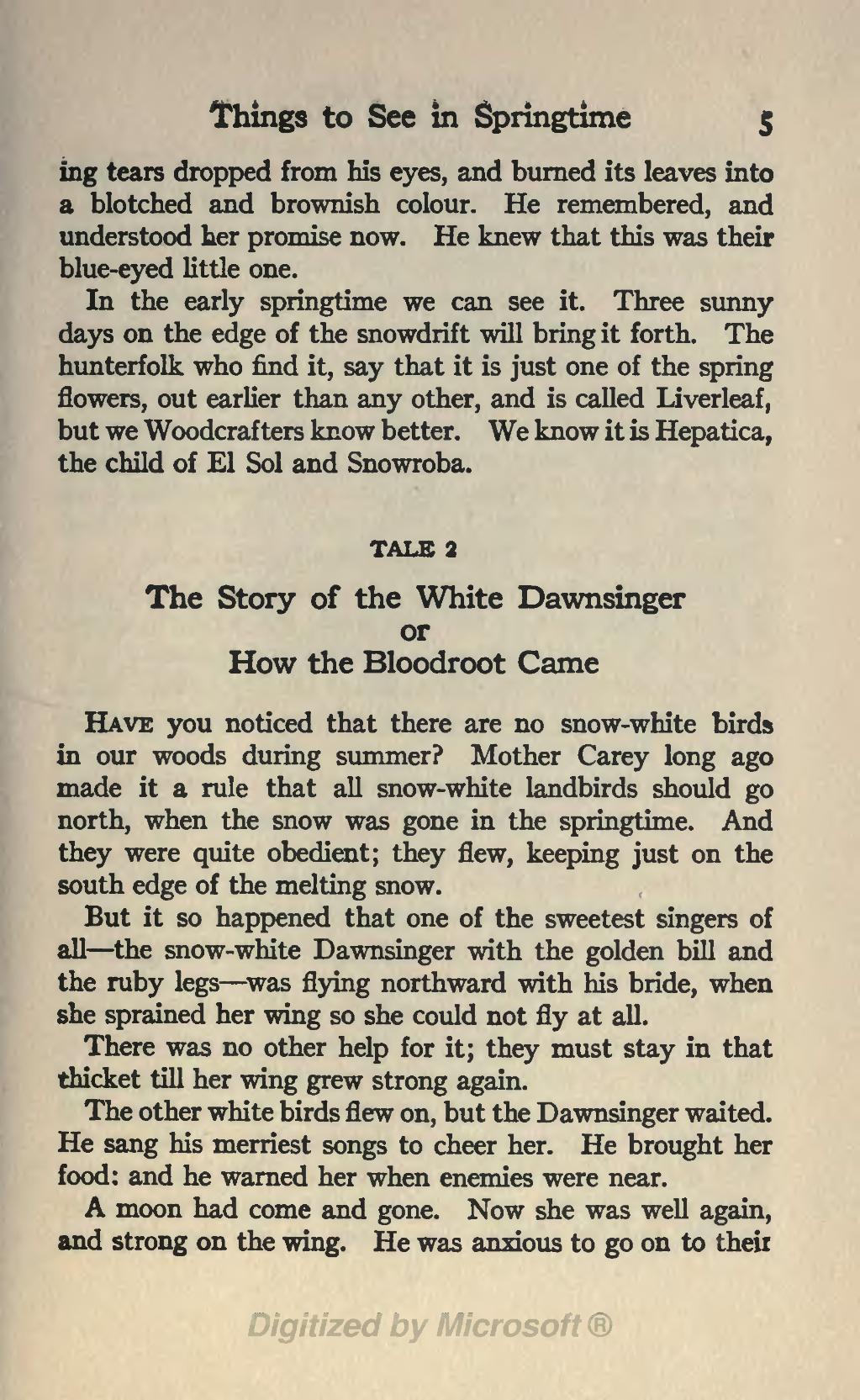