… So he learned that the woods were full of beautiful creatures that were skillful and quick to avoid him.

One day, as he passed by a spot for the hundredth time, he found a bird’s nest. It must have been there for long, and yet he had not seen it; and so he learned how blind he was, and he exclaimed: “Oh, if only I could see, then I might understand these things! If only I knew! If I could see but for once, how many there are, and how near! If only every bird would wear over its nest this evening a little lamp to show me!”

The sun was down now; but all at once there was a soft light on the path, and in the middle of it the brown boy saw a Little Brown Lady in a long robe, and in her hand a rod.

She smiled pleasantly and said: “Little boy, I am the Fairy of this Woods. I have been watching you for long. I like you. You seem to be different from other boys. Your request shall be granted.”

Then she faded away. But at once the whole landscape twinkled over with wonderful little lamps — long lamps, short lamps, red, blue, and green, high and low, doubles, singles, and groups; wherever he looked were lamps — twinkle, twinkle, twinkle, here and everywhere, until the forest shone like the starry sky. He ran to the nearest, yes, a nest; and here and there, each different kind of lamp stood for another kind of nest. A beautiful purple blaze in a low tangle caught his eye. He ran to it, and found a nest he had never seen before. It was full of purple eggs, and there was the rare bird he had seen but once. It was chanting the weird song he had often heard, but never traced. But the eggs were the marvelous things. His old egg-collecting instinct broke out. He reached forth to clutch the wonderful prize, and — in an instant all the lights went out. There was nothing but the black woods about him. Then on the pathway shone again the soft light. It grew ..text continues 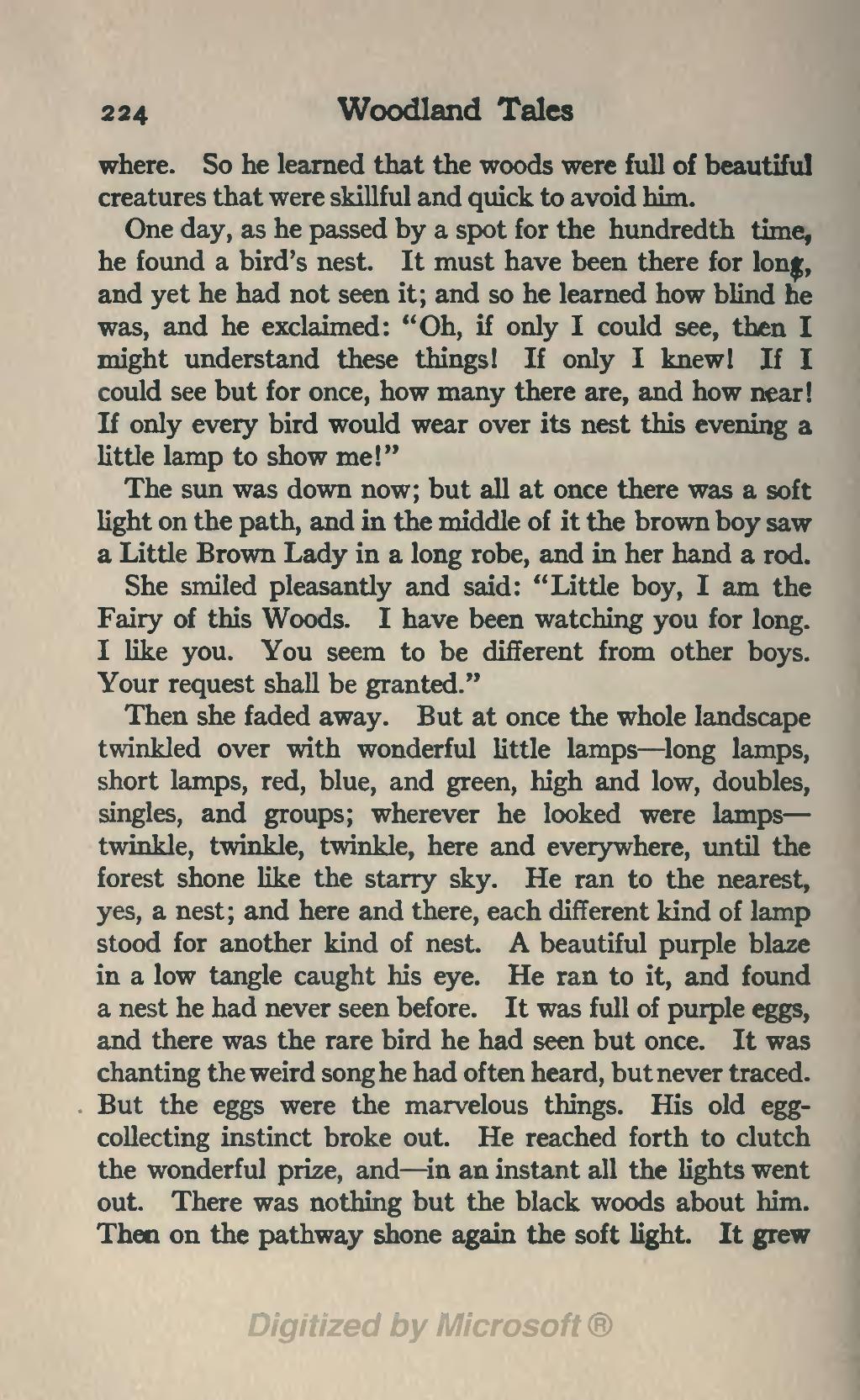