“Then let’s try it over”, said the Eagle.

And they have been disputing over it ever since. The lawyers take the Wren’s side and the soldiers take the Eagle’s side.

The peasants in Europe sometimes speak of the Eagle as “the King of the Birds”, but they always call the Wren the “Little King”. And that is why we call our gold-crowned Wrens, Kinglets, or Kingwrens and I suppose that is why they wear a crown of gold.

It was at the great winter Carnival of Montreal not long ago. Looking out of a window on a stormy day were five children of different races: an Eskimo, a Dane, a Russian, an Indian, and a Yankee. The managers of the Carnival had brought the first four with their parents; but the Yankee was the son of a rich visitor.

“Look”, cried the little Eskimo from Alaska, as he pointed to the driving snow. “Look at the ivory chips falling! El Sol is surely carving a big Walrus tusk into a fine dagger for himself. See how he whittles, and sends the white dust flying.”

Of course he didn’t say “El Sol”, but used the Eskimo name for him.

Then the Dane said: “No, that isn’t what makes it. That is Mother Earth getting ready for sleep. Those are the goose feathers of her feather bed, shaken up by her servants before she Ues down and is covered with her white mantle.”

The little Indian, with his eyes fixed on the storm, shook ..text continues 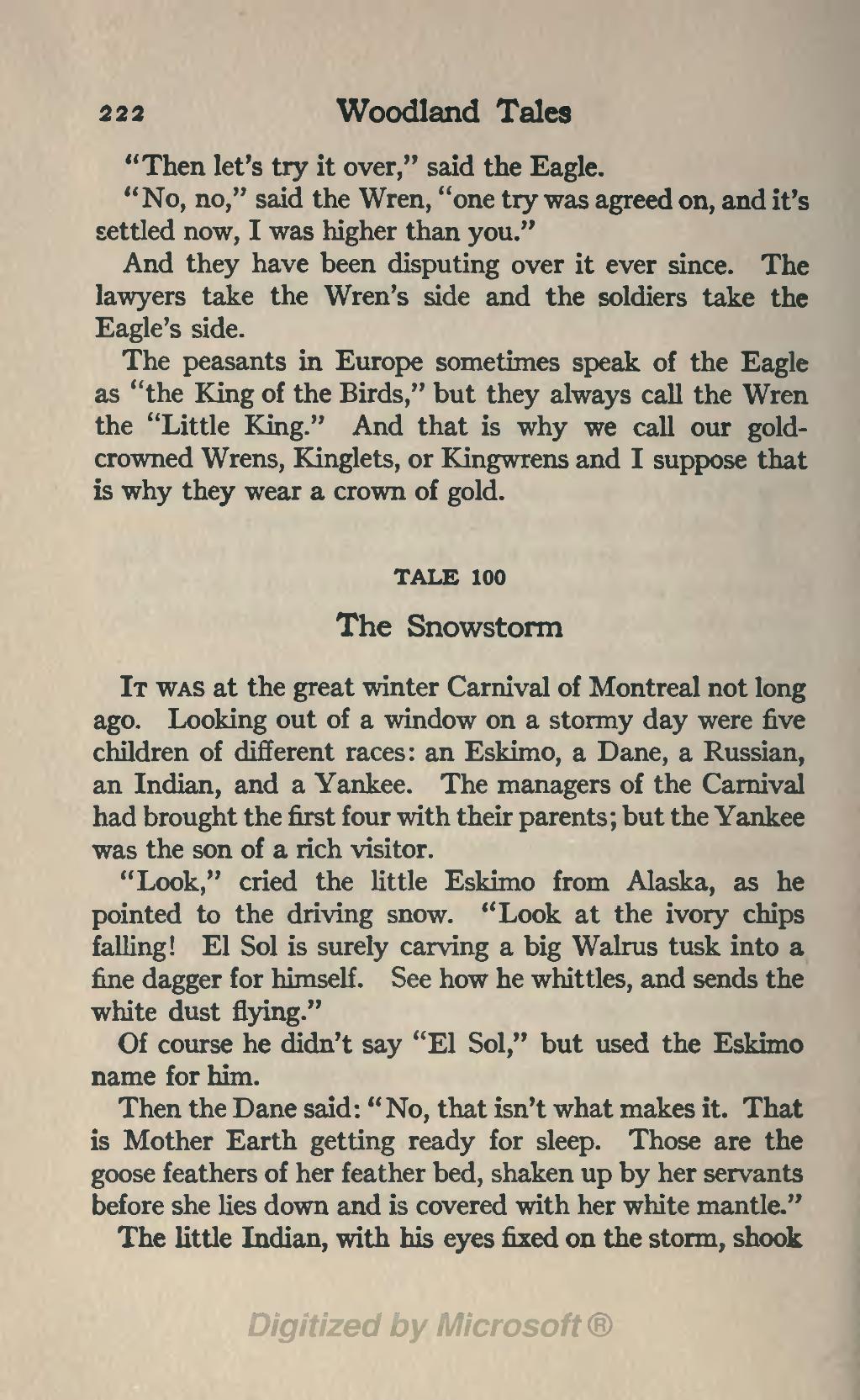